The Advantages & Disadvantages of Fossil Fuels 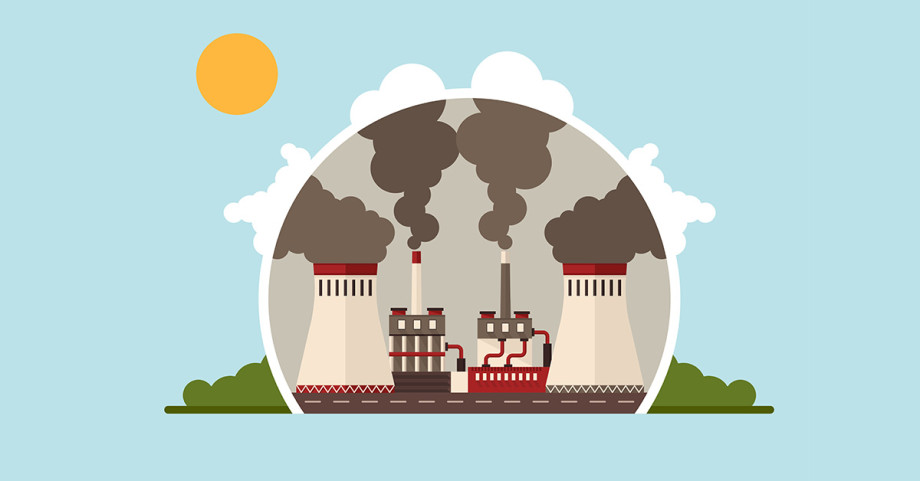 Are there advantages to fossil fuels?

Fossil fuels have helped our civilization get to where it is today, we’ve used them to power our homes, factories and vehicles, but that’s changing. As scientists have become aware of the damage fossil fuels have caused through pollution and climate change, we now know that the sooner we can give up fossil fuels, the better.

That’s why we are driving the change to clean, renewable energy. Our customers are passionate about protecting the environment from further harm. If you want to join us in our fight for a cleaner world, learn about changing energy plans.

What are fossil fuels?

What are the advantages of using fossil fuels?

So, if we know fossil fuels are bad for the environment, why are they still in use and what are the advantages of fossil fuels?

A cheap source of energy
Fossil fuels are relatively cheap. It’s relatively easy to find and produce these fuels, and there was a huge supply. Plus, since fossil fuels have fueled our world for 250 years, there’s infrastructure in place to distribute it cheaply.

That is now changing. As the supplies dwindle, so the cost of finding new deposits goes up, and the expense involved in production skyrockets. Deeper wells and mines in more hostile environments equals more expensive energy – not to mention an even higher cost to the environment.

Reliability
Fossil fuels are dependable – at the moment. There are plenty of coalfields and large – if declining – deposits of oil and gas and, as fracking demonstrates, research into extraction is becoming ever more advanced.

Abundance
Previously regarded as almost infinite, we now understand that there is not a never-ending supply, and certainly not enough to fuel our growing population. However, the date scientists believe we will run out is far enough away that many in power don’t bother to worry about it.

Useful by-products
Plastics have revolutionized the way we live. Look around you – how many plastic objects surround you now? You’re likely touching some form of plastic right now. Of course, plastics have their problems, especially when used as a single-use item and thrown out after use. Without fossil fuels, we would not have plastic, and it is still used today to make the majority of plastic products.

What are the disadvantages of using fossil fuels?

So now we know why they’re still in use, why are we so keen to replace them?

Fossil fuels are nonrenewable
Once you burn a gallon of oil, it’s gone for good – and fossil fuels will run out. It’s estimated we have just 100 years of coal production left, 50 years of crude oil, and 50 years of natural gas. That means this is a major problem for us, our children, and our grandchildren.

Dangerous to produce
Mining is a potentially dangerous industry where tragic disasters can happen. Despite developments in machinery, there’s still a human element that can come at a huge cost.

Mining disasters aren’t a thing of the past, the Upper Big Branch Mine disaster in West Virginia in 2010 killed 29 men, the Sago Mine disaster in the same state just four years before cost 12 lives, the Kohistan mine collapse in Afghanistan just last year (2019) cost at least 30 lives. Miners won’t stop being buried in mine collapses or worse in mine fires until we make the switch to cleaner electricity plans.

Refinery and oil rig explosions
Both oil and gas are volatile and flammable, and the instances of refineries and oil rigs exploding or occasions where fire breaks out are numerous. It is not just the damage caused or the risk to the lives of employees and firefighters, but also the danger of the noxious gases that are liable to be released.

It is estimated that the June 2019 fire at the Philadelphia Energy Solutions refinery resulted in over 5,000 pounds of the deadly gas hydrofluoric acid to be released into the air.

Water pollution and oil spills
We often only hear about huge oil spill disasters, like the Exxon Valdez disaster in Alaska back in 1989, but small oil spills happen often. Crude oil kills almost everything it touches and can be devastating to local wildlife. The International Tankers Owners Pollution Federation estimates that between 1970 and 2016, spillages of oil totaled 5.73 million tons.

Water table poisoning from fracking
Fracking is a method of extraction that is incredibly harmful to the environment, but one serious worry is the pollution of our water table. It shouldn’t happen but can if proper precautions are not taken or if mistakes are made, and can poison our water supply.

The resulting photochemical smog is a health hazard all over the planet but particularly so in newly industrialized countries, believed to cause respiratory diseases like asthma and lung cancer. Changing energy plans even on a personal level will help give the world’s cities cleaner air.

Acid rain
Acid rain is formed by a chemical reaction between sulfur dioxide and nitrogen oxides mixing with water, oxygen and other chemicals high in the atmosphere. The pollutants are mostly produced by fossil-fuel-burning power plants. Acid rain is a serious problem and damages trees, lakes, rivers, architecture, statues, crops, and wildlife.

Mercury emissions
Mercury is highly toxic and extremely damaging to the environment. A major contributor to mercury pollution is the combustion of coal. It is reckoned that coal-burning results in approximately 475,000kg of mercury being released into the atmosphere.

Global warming
Global warming, or climate change, is still denied by some, but science almost unequivocally supports it. The major cause is the release of greenhouse gasses into the atmosphere. The burning of fossil fuels produces vast quantities of carbon dioxide and is a massive contributor to the growing problem that the world faces.

Using clean energy sources will help you do a huge part in halting and reversing the effects of global warming.

Land use and the impact on wildlife
The process of finding, extracting, producing, and transporting fossil fuels has no thought for the local wildlife. In many parts of the world, if there are fossil fuels, everything else must move out of the way so it can be extracted. Habitats are regularly destroyed, and massive scars are left upon the landscape produced by surface mines and other extraction methods.

Clean energy sources don’t bore down into the earth’s crust, or destroy habitats. The footprint of clean energy farms is no different to that of farming, and many forms can be done out at sea. Plus, once a renewable energy farm has been set up, it can continue to be maintained in that location forever.

Do the advantages of fossil fuels outweigh the disadvantages?

In today's world, nonrenewable energy sources are unsustainable. They destroy the environment, both that we can see and that we can’t – imagine a world in which people who live in cities don’t have to worry about the level of pollution when they walk outside. One where our energy does not come at a cost.

That’s the world we and our customers are committed to living in. We aren’t willing to compromise on our health or the health of the planet simply because it’s easier not to think about it. Our customers spent just a few minutes changing energy plans – come join us!

What alternatives are out there without the disadvantages?

Clean energy
Clean energy technology has come a long way in the last 20 years, it now produces approximately 11% of all energy in the U.S., and infrastructure is growing fast to allow it to take on a far greater percentage.

The top producers of clean energy are:

Solar energy
Using the light and heat of the sun to produce electricity is a major player in the clean energy game and is ready to step up to help replace fossil fuels. Solar energy capacity increased by 94 GW in 2018, up 24% on the previous year, and is growing fast.

Geothermal energy
Using the internal heat of the planet as a power source is an exciting recent development, and small and large scale installations will make a real impact in the coming years.

Wind energy
The wind turbine has revolutionized electricity production throughout the world. The wind is free, and the operational costs are almost zero. From 2000 to 2015, capacity increased by a factor of 25 to 430,000 MW. By 2018 it stood at 546,388 MW, and with only 1 MW powering several hundred homes, more and more people are now able to use renewable energy.

Wind energy is currently a source of clean energy we purchase on behalf of our customers.

Water energy
Hydroelectric is another fast-growing source of energy. Wave power is a more recent development, but an exhilarating one and may prove to play a major part in the move to renewable energy.

Give up fossil fuels for good

Fossil fuels are a finite resource and need to be replaced as soon as possible to prevent further harm to the environment. Clean energy is the only way forward. Coal, oil, and gas pollute and harm the planet. If we want our children and their children to have a healthy world to live in, we have to invest in the new technologies that are clean, renewable and safe.

It’s also never been easier to take control of your energy sources, and unlike investing in an electric vehicle, switching your energy supply to Inspire doesn’t require thousands of dollars or the space to keep one. In just a few minutes, you can make the switch to clean energy with us.

Change energy plans today - the planet will thank you.

We are a renewable energy company passionate about empowering our customers to do the right thing for the environment, themselves, and their families. We want to make it easy and affordable to choose clean energy.