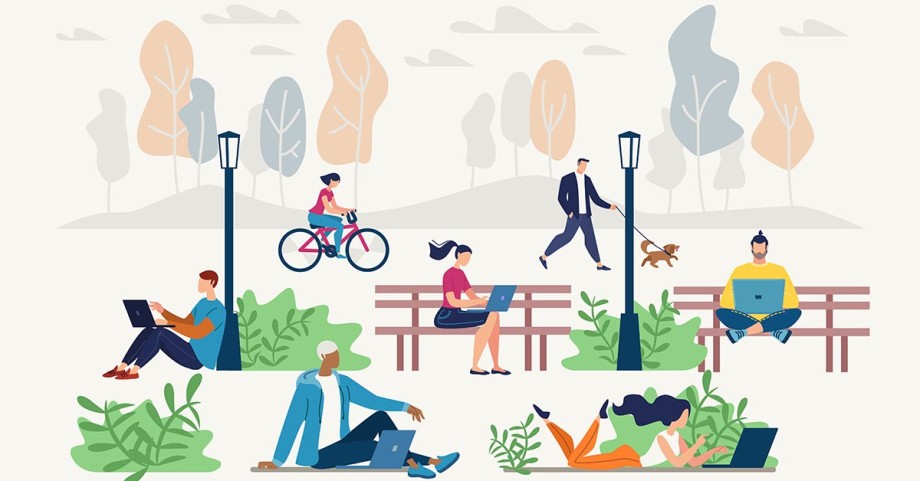 How much carbon does the average american produce per year?

We now know that every single one of us on the planet is contributing to the damage of the planet – but to what degree?

We’ll dive into this in more detail below, but our customers have already significantly reduced their carbon footprint by making the switch to clean energy.

How much CO2 does the average American produce?

It may be surprising to learn that, regardless of income, the average American citizen cannot seem to drop below a certain threshold of CO2 emissions. Why?

The U.S. is so large that daily commuting, business travel, and more daily necessities for the average American indirectly cause a release of CO2, whether it’s using buses, planes and boats to transport people or simply hiring the necessary workforce to build new roads or public buildings.

One notable 2007 study1 conducted by the Massachusetts Institute of Technology assessed the average American’s CO2 emissions. This study consisted of detailed interviews of the energy usage of 18 lifestyles, ranging from a 5-year-old child to a practicing Buddhist. The study found that the average annual carbon dioxide emissions per American was a shocking 20 metric tons, in comparison to a world average of 4 tons. The world average is less than half the amount of the lowest carbon emissions of anyone in the U.S., which is 8.5 tons.

What is a human carbon footprint?

A carbon footprint is the total greenhouse gas (GHG) emissions caused directly and indirectly by individuals, events, products and organizations.

It is calculated by adding together the emissions that result from every stage of a product or service’s lifetime. For physical products, this timespan starts at the point of material production and manufacturing and goes right up to its use phase, and eventual end-of-life disposal. Throughout each product’s lifetime, different greenhouse gases, like methane or nitrous oxide, may be emitted. By continuing to buy into these companies and products that emit greenhouse gases, we are contributing to the overall problem.

Your carbon footprint is calculated by everything you use, buy, or influence.

Who has the biggest carbon footprint?

One study that took place in 2017 showed that China was the highest emitter of cumulative carbon dioxide2. China’s carbon footprint is concerningly high, and the air they breathe is of concerning quality. Unfortunately, China’s use of fossil fuels has continued to increase as more and more factories are built as a way of keeping up with the global demand for manufacture.

In this same study, below China was:

It’s worth noting that, after Japan, every country came in at below 1 annual gigaton, with most countries emitting less than 0.5 gigatons.

What country has the lowest carbon footprint?

It has been noted that Tuvalu, a microstate in Polynesia, has the lowest carbon footprint on the planet, currently resting at zero. It should be said that this tiny island is home to a mere 12,000 people, but they do rely heavily on solar and wind power, which furthers their progress as a carbon-neutral country.

How much does not eating meat reduce your carbon footprint?

One fairly simple but effective way of reducing one’s carbon footprint is by eliminating meat from one’s diet. Results from the 2013 National Household Food Acquisition and Purchase Survey3 found that industries that produce meat products (primarily chicken, fish, beef and pork) accounted for 30% of average weekly household GHGEs, the biggest share of any of the food industries.

In todays agricultural industry, many cows are also being bred via artificial insemination4. This is done in order to save money, improve conception rates, and ensure certain behavioral traits are bred into the calves.

Animal proteins have larger carbon footprints per calorie than grains, legumes or vegetables due to the inefficient transformation of plant energy to animal energy. In addition, the methane that is released from bovine manure management has been linked to the release of methane in countless scientific studies. In short, not only is the artificial insemination and overpopulation of cows and subsequent levels of methane damaging to the ozone layer, but it’s also about the way they are transported to us.

To put things into perspective, opting for a vegetarian meal one day a week could save the carbon equivalent of driving 1,160 miles per year.

It also depends on which meats you cut down on, as some animal products are more greenhouse-gas intensive than others. Red meat is about 150% more GHG-intensive than fish or chicken, so if you feel that you really don’t want to give up your animal protein, it is possible to choose wisely so that you reduce your footprint as much as possible.

What are 5 ways to help reduce your carbon footprint?

It’s easy to become overwhelmed by the severity of the situation, but there are lots of simple and easy changes we can put into effect, starting from today:

What is a good carbon footprint?

The global average is 4 tons, which would be a good first step for most Americans to aim for. However, if we want to avoid global warming, we all need to strive to get it under 2 tons by 2050.

What causes the biggest carbon footprint?

Currently, it’s burning fossil fuels for heat, electricity, and transport. We can eliminate a huge amount of carbon emissions simply by sourcing our electricity needs from clean sources, like wind power. If you’re ready to help reduce your carbon footprint by switching to clean energy, click here.

What is the average american carbon footprint per year?

While there isn’t much data on personal carbon footprints over the years, an analysis of the world's carbon dioxide emissions as a result of burning fossil fuels found that the U.S. emitted 5079.53 million metric tons of carbon dioxide in 1992.

Jumping forward another six years, this figure increased to 5902.75 million metric tons. So, as you can gather, the average American carbon footprint is still steadily growing – and we need to do more to change this.

Is the average American carbon footprint trending up or down each year?

Unfortunately, the carbon footprint of the average American seems to rise every year, likely due to an increase in consumerism, demand for meat, transport, and population.

What does the future hold for American carbon footprints?

The global pandemic has given us a unique opportunity to build a low-carbon future for ourselves and an insight into what that world could look like. While it’s clear that the virus has caused a lot of devastation, it’s also important that we view this massive shift in our lives as an opportunity to reassess the way we live and consume. It is also clear that nature has benefitted from a sudden drop in the use of public transportation, obsessive consumerism and consumption. A global crisis can also be a time to instigate change, and that change urgently needs to be one that brings a halt to the damage being done to our planet.

If you’re ready to take action and protect the planet for the future, join us in our fight for a better world where every American carbon footprint is 2 tons or lower.

If you’re looking for a quick and easy way to make an impact, sign up for a 100% clean energy supply plan for your home.

Not sure if renewable energy is right for you? Read some of Inspire Clean Energy’s reviews to see how we've helped customers make the switch.