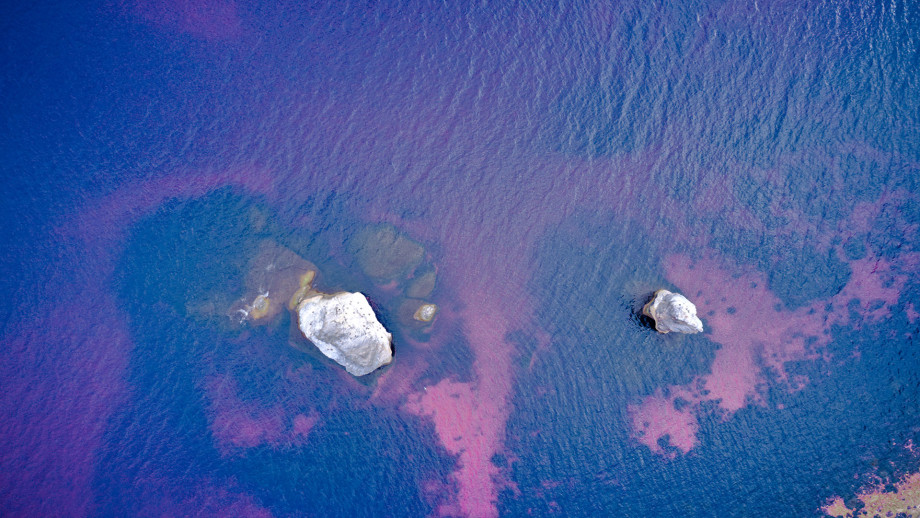 Learn the causes and effects of ocean pollution and what you can do to help.

Our oceans, which account for 70 percent of the surface of our planet, are incredibly polluted. Oceans play a pivotal role in the health and well-being of our world, so we need to understand the causes of ocean pollution and find ways to reduce it.

What are the leading causes of ocean pollution?

In most cases, pollution in the ocean is caused by humans, thus increasing our responsibility to be a part of the solution. Some of the significant causes of ocean or marine pollution include the following1:

What are the different types of ocean pollution?

There are several types of ocean pollution that occur in many different ways. At the end of the day, pollution is pollution. It’s harmful, and regardless of how it happens, we need to reduce it. However, we must identify where it’s coming from to reduce pollution. Different types of pollution in the ocean include2:

What pollutes the ocean most?

About 80 percent of marine pollution comes from land. As we mentioned earlier, pollutants are often carried from land to the ocean, and there are several ways that pollution occurs.

Despite their fundamental disconnection, small sources such as cars, trucks, boats and farms contribute to pollution in the ocean. Millions of vehicles drop tiny bits of oil onto the ground every day. Eventually, the oil may make its way into our beloved oceans, causing pollution. Other sources of pollution are air pollution or dirt pollution. Air pollution can settle into waterways and oceans, while dirt or top soils can run off into rivers. These pollutants can be devastating for both humans and marine wildlife habitats.

Pollution coming from land is causing costly and harmful effects. While the United States and similar countries invest millions of dollars annually to restore damaged areas, we need to do more. Agencies such as the National Oceanic and Atmospheric Administration (NOAA), which works with the Environmental Protection Agency, Department of Agriculture and other state and federal agencies, are constantly working to identify causes and solutions for land-caused pollution3.

What are the long-term effects of ocean pollution?

While we may see some effects in the short term, most will be evident in the long term. It may seem fine now, but it’s only getting worse by the day. Some long term effects of ocean pollution include:

As billions of pounds of trash and debris enter the ocean each year, more marine life is impacted. Marine life is critical to the entire planet, not just the sea. Marine life creates a majority of the globe’s oxygen. When ecosystems are interrupted, carbon dioxide is released into the environment. As a result, global warming is accelerated.

How does ocean pollution affect humans?

What will happen if ocean pollution continues?

Just as we rely on the ocean for many things, it depends on us. If we continue to pollute the sea, serious problems will arise. Research has surfaced over the last several decades, raising awareness of ocean pollution's potentially irreversible damage at hand. The more research published, the more devastating it all seems. While some may ignore research, you must find ways to make those around you care.

To reduce ocean pollution, it will take a collective effort. If we fail to reduce it, it will impact our environment, economy and health6.

How can we reduce ocean pollution?

As a contributing member of society, we should find ways to reduce ocean pollution and protect the environment by changing some of our daily habits.

You can help the ocean by not driving vehicles when unnecessary. If you drive less frequently, there will be less runoff, which means less pollution. In addition, avoid littering and recycle plastic bottles and other recyclable items properly. If you see litter or trash lying on the ground, collect it for safe disposal. You may not have put it there, but you can pick it up. Additional ways to reduce ocean pollution include using reusable bags, refusing plastic products when possible, and reducing vehicle pollution.

Ocean pollution is an immense challenge to face. If we all take steps in the right direction to avoid polluting, we can make a significant difference.

Cutting your carbon emissions is a great place to start. Carbon dioxide from the burning of fossil fuels accumulates in the atmosphere causing global warming and affecting ocean temperatures.

Switching your home’s energy supply to Inspire is a great first step in helping the planet and it doesn’t require much planning, money or time.

Start now – the ocean will thank you.