The History of the Appalachian Mountains Coal Mining 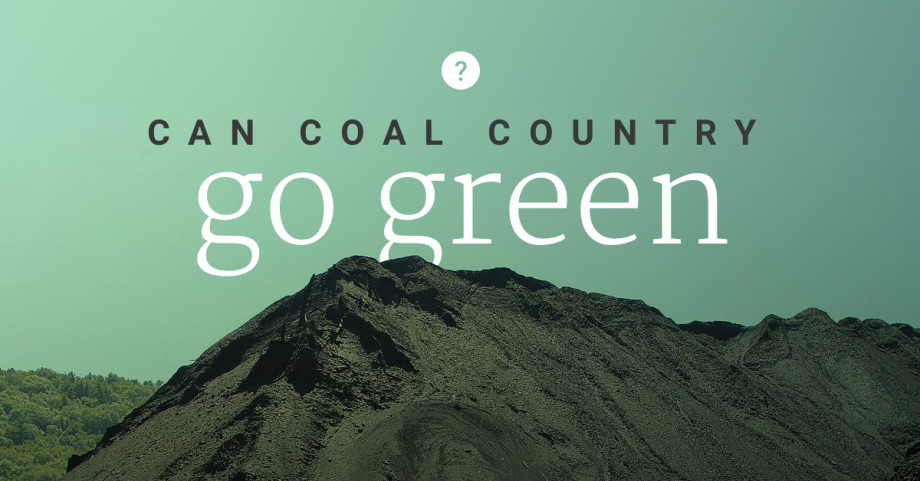 The struggle for clean energy in coal country

The heart of Appalachia is not the place that usually comes to mind when people picture environmental activism. But in this stunningly beautiful, often overlooked region of America, nothing is quite what it seems. When talking in abstract numbers – unemployment claims filed last year, the number of people in America below the poverty line, and the drop in fossil fuel prices, for instance – it’s easy to just view them as that: abstract numbers.

A Depressed Appalachia Left Behind

Appalachia is where these numbers start to become more humanized.

As world governments talk about fossil fuels and carbon footprints with a wag of their finger and the signing of sweeping policy changes, the people of this region are the ones who feel the brunt of that change. This is coal country. This is a land shaped by fossil fuel production. People who lived here for generations enjoyed comfortable living and a sense of fierce pride when it came to their identity. In the past few decades, that identity has been slowly stripped away, and as coal falls in this region, its entire economy falls with it. These are the people who have been left behind by change.

It should be no surprise, then, when there is pushback against wider economic policies that move us as a nation towards a greener future. To them, these are the abstract concepts and numbers that have no real effect on their daily lives. Why care about global emissions when you’re struggling to afford basic essentials on food stamps? Why fight to preserve the local landscape when the only future for your community is one of crippling depression?

A Quick Fix with Dangerous Consequences

Most of the coal mines may have closed in Appalachia, but that hasn’t stopped the drive for coal.

Perhaps in desperation more than greed, many people have turned to work with coal companies that use mountaintop removal mining, a procedure that levels entire tops of mountains and exposes the coal for collection. It’s quick and dirty, and it offers an easy payout. For some people, this is their only choice for work. However, the negative effects are far reaching. Not only does it destroy the natural scenic vistas of the region, it often remains a ghostland for any sort of life after the coal has been removed.

According to federal law, companies are supposed to reclaim the land with new foliage. However, they often receive waivers from local governments with the assumption that developments will happen on the flattened land. The reality? Less than three percent1 of the sites are used for this so-called economic development. The result is barren landscapes and very little actually going back to the communities where the mountaintop removal takes place. Essentially, it’s a lose-lose for Appalachia. Permits are approved under the guise of economic development for these depressed regions, and there is no oversight for follow-through. The result is leveled mountaintops that stay barren while the majority of the people who live in their shadow are no better off economically.

Many people in these communities from opposite ends of the political spectrum have joined together to fight against mountaintop removal mining. Both advocates for clean energy and traditional coal mining see the downsides of leveling off their precious mountaintops. The mountains are just as much a part of their cultural identity as the coal that lies underneath them. Coal River Mountain Watch is an organization made up of volunteers who have been fighting mountaintop removal mining since 1998. Its mission includes an emphasis on getting control of their natural resources back.

One of its biggest efforts involves saving Coal River Mountain, the last intact mountain in the Coal River Watershed2. The battle to save it has been hard-fought, since they are going up against companies that are better funded and better heard by state government. The mountain isn’t its entire focus, however. They also successfully campaigned to move the local elementary school out of the way of a coal sludge impoundment. Empowered to preserve their heritage as well as their environment, Coal River Mountain Watch has created an effective, bipartisan environment effort.

The Future of Coal Country is Ultimately Clean

As we take into consideration how the country is moving towards a greener future, we must not forget regions like Appalachia, whose entire identity for generations centered around coal production.

Groups like Coal River Mountain Watch will lead that charge since they are made up of people who live in these communities, but they will need help in getting resources and media attention to further their cause.

Looking to the future, the Coal River Watershed region and others provide so much opportunity for clean power. Coal River Mountain Watch already conducted a study years ago on the wind farm potential of the region, and the results were clear: they showed that a 328-megawatt wind farm would power 70,000 homes and provide better long-term job prospects3 and local tax revenue than mining would. There is much opposition to this, of course, fueled primarily by distrust. To many others living in the region4, this is just another cure for the symptom, not the disease. These people have been burned too many times, and they are wary of the promises that renewable energy makes.

Ultimately, change takes time, and that change has to come from within. There is no one-size-fits-all solution, which means the work will be a lot harder for people in these regions. However, once that transition does take place, it will be longer-lasting. For now, community-organized foundations like Coal River Mountain Watch will keep fighting the good fight to preserve their mountaintops and communities so that the future remains bright for many years to come.