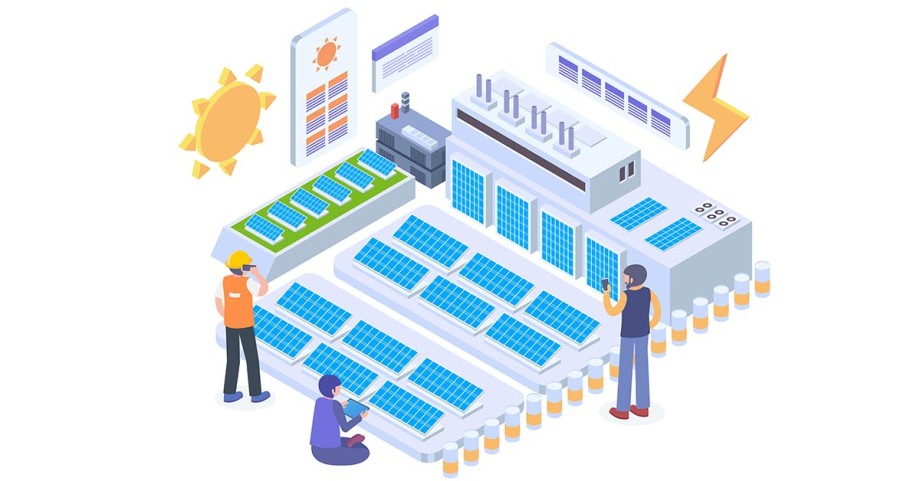 Until recently, the world relied on fossil fuels to provide almost all our energy. As we’ve started to understand the threat pollution and climate change poses on our way of life, the development of alternative clean, renewable energy sources has accelerated.

This acceleration has now reached such a level that the possibility that the world could phase out the use of coal, natural gas, and crude oil is not just real – it’s inevitable.

The reduction in the use of fossil fuels might be desirable for environmental reasons, but can we afford it just yet? What is the true cost of renewable energy? Let’s take a closer look.

As you can imagine, the question “is renewable energy cost-effective?” isn’t simple to answer. Do we mean cost for the consumer, production, development, what is spent on infrastructure, or even cost to the planet?

Pinning down figures can be difficult to do; the numbers often depend on whom you ask. There are still those who deny climate change or even that fossil fuels are finite. They will produce statistics “proving” that clean energy sources are way too expensive. Then again, there are climate activists who will massage the numbers and, perhaps, give an equally biased result.

For pragmatists, the answer is, “whatever the cost, can we afford not to?” It is a fact that fossil fuels are running out and whether the supplies last 50 years, 100 years or 150 years, it doesn’t change the fact that our way of life will change dramatically if there’s no fuel for electricity or gas.

Similarly, many people around the world have started to see significant changes in the weather, no longer getting snow in the winter and seeing record-breaking temperatures and dry-spells in the summers. If we don’t do something soon, the world’s climate will change significantly for the worse.

According to the International Renewable Energy Agency (IRENA) [1], in 2019, the energy produced from renewable sources was comparable in price to that of fossil fuels.

An article by Dominic Dudley in Forbes [2] explains this further. He says the cost of electricity from developing new fossil fuel plants ranges from $0.05/kWh to $0.15/kWh. By comparison, hydroelectric power comes in at an average of $0.05/kWh, onshore wind, solar voltaic, biomass and geothermal below $0.10/kWh and offshore wind at $0.13/kWh.

More to the point, the cost of clean energy sources is falling year-on-year and will continue to do so as infrastructure develops. Solar power is falling by 13% year-on-year, and wind by 9%.

How much will it cost to switch to renewable energy?

As a country, it will of course cost a significant amount to build the new infrastructure required to power the country from renewable energy sources. Many people may argue that the cost is too high, but let’s unwrap that idea a bit more:

So, how much will it cost you, as an individual, to switch to renewable energy? Inspire Energy makes it easy to switch to electricity produced only by clean, renewable sources. It can do this seamlessly; signing up takes less than five minutes, and your supply will remain uninterrupted. You can join either online or with a single phone call, and we do the rest!

If you’re ready to make the switch to renewable energy and do a huge part in preventing and reversing climate change, click below to get started.

Why don’t we use renewable energy all the time?

If we overlook the fact that there’s a lot of money in fossil fuels many are reluctant to give up, then there are two main issues: capacity and storage.
We now realize the importance of exchanging fossil fuels for renewables, and since then proper investment in these technologies have become more common.

The last few years we have seen massive increases in the world’s capacity for producing clean energy. According to the Center for Climate and Energy Solutions (C2ES) [3], in the US, renewable energy is the fastest-growing energy resource. In the period 2000-2018, it doubled and made up more than 17% of our electricity generation. This growth rate will increase as more governments and companies realize the critical importance of moving away from fossil fuels.

At this point, we can’t use only power produced by renewable energy. There is not enough capacity world-wide. But that situation is changing daily as more clean energy projects come online.

The second aspect is storage. One problem with clean energy is that the sources are not constant. You cannot produce solar power at night nor wind power when there is no wind (though technology is fast developing here, too). At this moment, battery technology, in terms of grid-strength supply, is in its infancy, although innovations in storage have begun popping up recently.

As a personal consumer, you can join Inspire to get consistent 100% clean energy delivered to your home without ever worrying about whether the sun is out or wind is blowing. You can use clean energy most of the time – join us to do just that!

What’s the cheapest source of electricity?

In 2019, Lazard [4], an investment bank based in New York, published figures which show that solar power, closely followed by onshore wind facilities, produces the cheapest electricity. Their average costs are $37/MWh and $40/MWh, respectively. By comparison, combined cycle gas turbine (CCGT) plants come in at $56/MWh and coal at $92.5/MWh. Large-scale hydroelectric programs produce electricity at about $40/MWh.

The cost of electricity from the other renewables is coming down year-on-year.

What is the most expensive energy source?

Currently, again, according to Lazard, residential solar power tops the list at an average of $242/MWh with nuclear not far behind at $174/MWh (confirmed by the World Nuclear Association).

Prices of power are always subject to change. The general trend is for clean, renewable energy sources to drop in price as the industry increases capacity.

How does energy affect the economy?

Raising energy prices does the opposite, slowing economic growth.

Does clean energy help or hurt the economy?

Increased use of clean energy can only help the economy to grow and prosper. It creates jobs, reduces the cost of energy, improves human welfare (thus reducing societal costs) and drastically reduces pollution. Renewable energy will also be cheaper for households over time, so there will be more money to spend on things we enjoy.

How long would it take for the world to switch to renewable energy?

There are too many factors to consider to make an accurate assessment. Some, however, believe the world is on track to reach 100% renewable energy by 2032.

Fossil fuels will be part of the scene for some time to come, but no one knows quite how long. The move to renewable energy is gaining momentum, and once the US and China make more significant changes, we’ll see a better, cleaner world.

The future costs of alternative energy – what can we expect?

In the future, the cost of alternative energy will continue to fall. On the one hand, capacity is increasing exponentially. On the other hand, technology is evolving, so that appliances and devices are becoming ever-more energy efficient.

Renewable energy is revolutionizing our world. Having energy sources that are clean and infinite, as opposed to dirty and finite, as fossil fuels are, is a complete game-changer. It is one that may save the world from disastrous climate change. The more changes we all make on a small scale, and the bigger demand there is for clean energy, the faster we’ll see change. The best way to do this is to join us in our fight for a better planet.

It takes just 5 minutes (or less!) to sign up with us, and then we purchase clean energy on your behalf and offer you unlimited energy for a simple monthly subscription. Not only can you feel good about using clean energy, but you’ll be indicating to the US government that this is a cause you care about, and that clean energy is in demand.