Does Renewable Energy Cause Pollution? 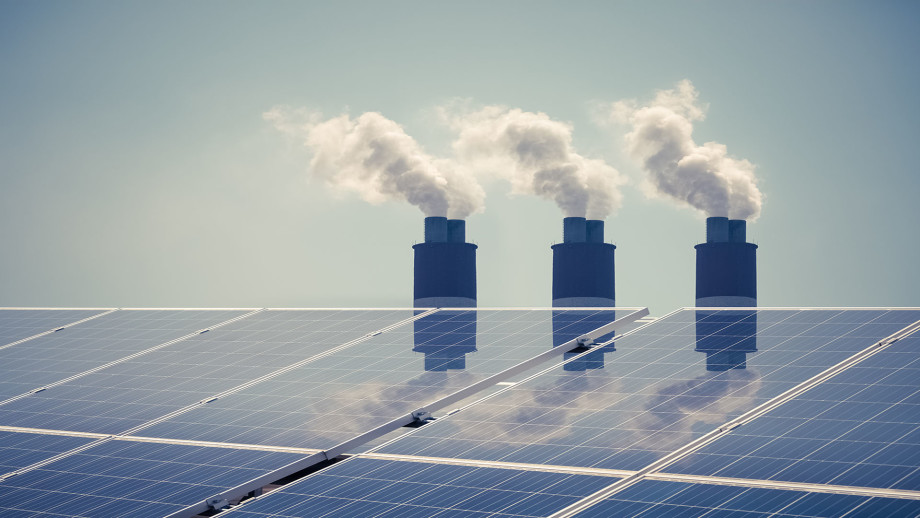 How do renewable energy sources affect the environment?

Let's look at the pros and cons of some renewable energy sources while asking ourselves if the environmental impact caused by the particular renewable technology is worth it to combat the adverse effects of burning fossil fuels1:

Any energy source is inevitably going to have some consequences on the environment or people. However, through these types of renewable sources, it can be argued that if you compare them to fossil fuels while doing a cost-benefit analysis, the benefits of renewable energy sources outweigh their environmental impact.

What kind of pollution does renewable energy produce?

Of all the renewable energy sources that exist, the most pollution is created from biomass. The burning of wood, solid waste, and leftover plant life used in food production, can create significant air pollution. Of those biomass processes, the burning of solid waste in municipality-managed garbage-to-energy power plants could be considered the largest producer of air pollution. When it comes to wind and solar, pollution is minimal. However, the construction of wind and solar facilities and the disposal of retired equipment can have harmful effects on the environment, like the environmental impact of the machinery used.

What is the most polluting renewable energy?

There are many different ways to look at which renewable energy source has the most pollution-creating potential. When looking at air pollution, it can be argued that biomass and biofuels can create the most air pollution through their combustion. Fuels like ethanol and biodiesel may produce less overall pollution than gasoline. However, they still do create emissions, but when millions of vehicles use these fuels, they can save a massive amount of pollution altogether.

When it comes to renewable energy sources that are the largest producers of harmful solid waste, we can look at solar and wind energy. For example, often solar panels are constructed using semi-toxic materials. When they are no longer in use, it's complicated and expensive to recycle those materials. Decommissioned solar panels often sit in landfills where the potential to release those toxic chemicals into the environment is likely. For wind, the recycling of wind turbines, or their disposal, can also cause pollution when all is said and done.

Some argue about whether or not nuclear energy can be considered renewable. The main reason is that nuclear waste after energy production is highly hazardous to the environment and people when exposed. Nuclear waste emits radiation that can lead to a variety of deadly cancers. Radioactive isotopes will eventually break down and decay to a state that is no longer harmful. However, Plutonium-239 can take tens of thousands of years. Even when considering this, nuclear energy still creates the slightest air and water pollution because it is almost always appropriately contained2.

In general, hydroelectric power, wind power, and solar technology produce the least amount of pollution. When compared to burning fossil fuels like coal or oil, it is apparent that renewable energy sources create much less pollution because they do not emit leftover gases during energy production. Even biomass, which creates air pollution when solid waste is burned to generate electricity, is dwarfed by the air pollution that fossil fuel power plants produce3.

Wind power, solar, and hydroelectric power have little to no emissions that cause air pollution. But as mentioned, biomass does emit air pollution from the burning of organic compounds. But again, when compared to the burning of fossil fuels, the environmental degradation of utilizing biomass is much less than nonrenewable energy sources.

For the most part, renewable energy sources do not cause water pollution. However, when it comes to hydroelectricity, the process of building a dam can produce many harmful chemicals that can seep into the river or water reservoir that the dam is built on. If we look at water pollution and water consumption, some renewable resources take large amounts of water to operate. For example, when it comes to biofuels, large quantities of water are needed to irrigate crops, and a nuclear power plant can use up to 17-million gallons of water per day. Overall, this should not be a problem since water is constantly being replenished due to the sun and water cycle. But, in regions that are regularly experiencing drought-like conditions, water is not necessarily an unlimited resource4.

How does air pollution affect ecosystems?

The main types of air pollution that impacts ecosystems are carbon, sulfur, and nitrogen. Carbon emissions contribute to climate change and the increasing global surface temperatures. Both sulfur dioxide and nitrogen can leak into the water and seep into plant life through acid rain. Acid rain is essentially a chemical reaction when sulfur dioxide and nitrogen oxide are released into the atmosphere. These two compounds are incredibly water-soluble. When they become part of the atmosphere, they are released into ecosystems when cloud vapor turns to rain.

Which type of pollution is believed to have the most impact on an ecosystem?

The most impactful type of pollution is believed to be air pollution. Carbon emissions are further contributing to climate change. Climate change has some of the most devastating impacts on human health, food production, and our planet. Additionally, carbon, methane, sulfur, and nitrogen oxides contribute to diminishing overall air quality. Numerous studies support the fact that breathing air with high concentrations of these gases can lead to various diseases.

If you're looking for a quick and easy way to make an impact and create a cleaner future for all, sign up for a 100% clean energy supply plan for your home.