The Future of Renewable Energy 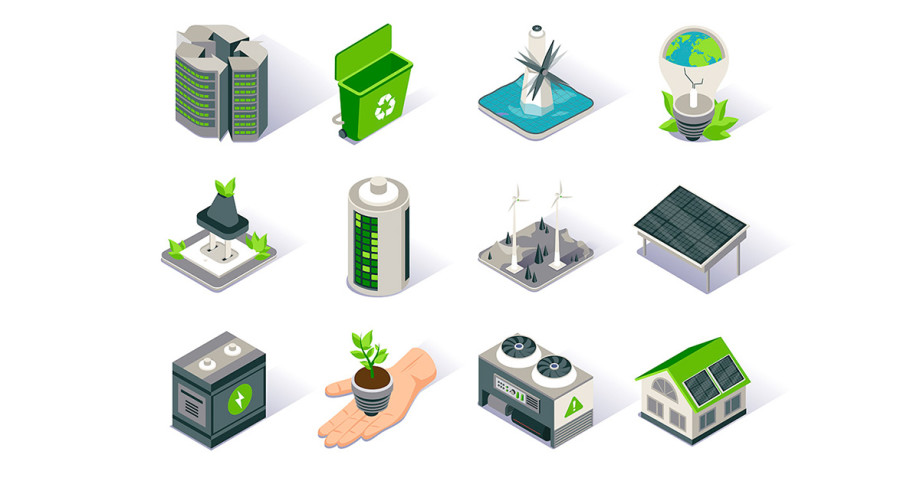 The Importance of Renewable Energy in the Future

Learn the importance of renewable energy in the future

Renewable energy has never been a hotter - or more important - point of discussion than it is today. Many governments, businesses, corporations, and individuals all around the world have begun to wake up to the need for more renewable energy. But how should we define clean energy? How should we look at the future of renewable and sustainable energy, and what will it mean for future generations?

What would be the best renewable energy source for the future?

The two cleanest sources of energy production are solar power and wind energy, both of which are seeing increasing popularity both in production for residences and for the national grid.

These renewable options are extremely promising in what they’ll be able to do for us in the future, not only in the clean (zero emissions) energy they produce, but also in what they can do for local economies.

Wind power offers a huge increase in local employment and funding, and solar panels bring a potential long-term option available to anyone with a rooftop, but installation costs remain incredibly high. Renewable power capacity is set to expand by 50% over the next four years, led by hydropower, wind power, and solar power.

Is clean energy the future?

It is now absolutely vital that we optimize our use of sustainable and renewable energy sources. We have to address the problems of global warming, health effects and sustainability of fossil fuel dependency. Thankfully, solar power is becoming cheaper, and many countries have opted to invest in installing solar panels, as well as other forms of renewable energy.

The United States for instance, has 6 of the 10 largest onshore wind farms in the world while the UK leads the charge with 6 of the 10 highest capacity offshore wind farms around the globe. France has also recently begun moving away from Nuclear power, which has been the source of 75% of the country’s energy for the last few years [1].

Is renewable energy on the rise?

In 2018, the UK had over one million solar panel installations, which was 2% higher than the previous year [2]. That same year, Australia reached two million solar installations. Currently, industry experts estimate that over the next 3 years, the United States will double its solar installations to four million. While these statistics are encouraging, more work needs to be done on becoming closer to carbon neutrality. And according to the U.S. Wind Industry First Quarter 2018 Market Report, U.S. wind energy production and capacity increased 431% from 2007 to 2017, an 18% average increase every year [3].

Yes, the whole world can run on renewable energy sources, but it is going to take time, with some countries having an easier time transitioning than others. One encouraging study in Finland said that even oil-dependent countries like Saudi Arabia can transition to a 100% renewable energy system by 2040. It is worth noting that a country like Saudi Arabia would have an easier time switching to solar power than a country like Finland, due to its abundance in sunshine, but that they will also likely be the most reluctant to since much of their wealth has been made on oil.

Which renewable energy source is the best?

Hydropower, in its various forms, is the most reliable as it’s relatively easy to create power by controlling a water source, which is why it is currently the most prominent renewable energy source.

Solar power and wind power both have advantages and disadvantages. For example, solar panels can’t generate energy when it’s dark, which would be a problem for a country like Denmark, which has just six hours of sunlight in the winter. Despite this small issue, solar and wind energy are still some of the most renewable sources of energy in the world, and won’t run out like other fossil fuels we rely on today.

Why is clean energy important to our future?

There are almost endless reasons why clean energy is and could be important to our future, but here are some of the most important:

Global health will improve. The air we currently breathe is polluted, especially for those in cities and impoverished communities. According to the World Health Organization, approximately 7 million people die every year due to respiratory diseases caused by breathing in polluted air [4]. This is directly caused by the burning of fossil fuels, which releases carbon dioxide into the very air we breathe.

Fewer floods and droughts will occur. Due to the sheer amount of water that is required annually to power the plants that burn fossil fuels, droughts are becoming far more likely. Climate change is also causing floods, which damages thousands of homes every year, rendering people homeless and even causing fatalities. There has been an urgent call for a paradigm shift when it comes to managing countries that are prone to extreme weather, such as India and the Philippines.

Clean energy sources create jobs. With wind turbine service technician as the second-fastest-growing occupation in the US, jobs are being created and maintained. Wind energy also creates indirect employment opportunities across the US, with over 530 factories across 43 states building the parts needed for wind turbines.

Sustainable energy sources are a more steady source of revenue. Because solar power and wind energy are rising steadily, they are more attractive investment opportunities in the wake of Coronavirus. Wind farms and solar panels are low-risk and reliable things to invest in, and experts are even referring to wind farms as havens in the storm that is COVID-19.

Renewable energy is far better for the environment. In 2019 alone, the electricity generated from wind turbines managed to avoid an estimated 42 million car's worth of CO₂ emissions. Wind energy also helps to cut the amount of sulfur dioxide and nitrous oxide emissions because it does not rely on any burning of fossil fuels to function.

What is the future of energy?

One thing that has certainly changed in recent years is that climate change and carbon neutrality has become far more of a topic of conversation, as opposed to ten or even five years ago when it was typically just discussed by experts or enthusiasts.

It is generally accepted that wind and solar energy are the ideal options when it comes to clean and sustainable sources of energy. They are the fastest-growing, the cheapest and do much less damage to nature and wildlife surrounding their sites as opposed to fossil fuels. While wind and solar power are generally the cheapest and most reliable, any source of renewable energy will always be preferable to fossil energy.

Why is renewable energy increasing?

One of the main reasons that renewable energy production and use has increased is due to fossil fuels causing health problems for the planet and for humans, negative effects of global warming, and the simple fact that in time, they will run out. Simply, if we don’t find a way to increase our renewable energy, we will end up without sufficient energy to power our world.

What is the fastest-growing energy source in the world?

Solar is the fastest-growing energy source in the world. In 2018, it increased by 100GW - a fifth of the total energy it now produces per year. Solar is the fastest-growing source because it is so easily adopted by individuals in their homes as a way to cut their electricity bills and carbon footprint. Bringing solar or wind energy into your home is easier now that ever before. Renewable energy companies like Inspire help you power your home and life with clean, renewable energy to help lower reliance on fossil fuels.

How will renewable energy help the environment?

It’s a clean energy source, so it helps cease the production of harmful chemicals and halts the need for disruptive and scarring mining practices. The ozone layer will be able to recover, our air will become purer, and we won’t see ecosystems destroyed in the name of powering our world.

What will energy be like in 2050? How will we meet our energy needs in the future?

If many countries achieve their goals, we’ll be in a world largely powered by renewable energy, and many countries will have achieved their goal of becoming carbon neutral, which means they are doing as much to reduce carbon emissions as they are producing them. Many of us will be using electricity to power our vehicles, and using fossil fuels will be seen as an archaic way of doing things.