How Is Electricity Made? 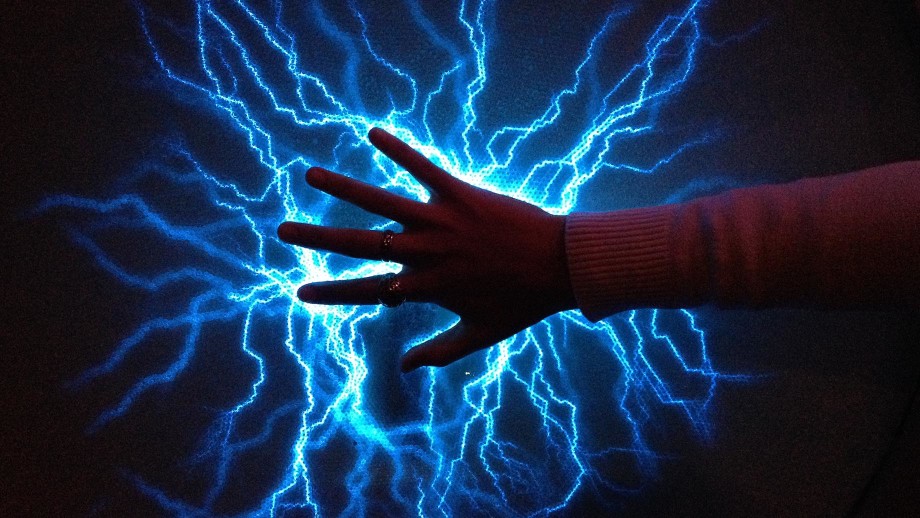 How is electricity made from solar panels & other souces?

Electricity is all around us and allows us to live the high-tech lifestyles we do today. You are reading this on a phone, tablet, laptop, or computer powered by electricity, likely with lights on nearby and various other electrical devices within reach. However, if you stop to think about what electricity really is, you may come up stumped. For something so universally used and important, most of us don’t actually know all that much about it. So, what is electricity and how is it made? Read on for the answers to those questions and more.

What is electricity and how is it made?

To understand what electricity is, we have to get down to an atomic scale. Atoms are the particles we are all made up out of – both you and the device you are using (and everything you’re touching) are made up of atoms.

Atoms are made up of smaller elements, called protons, electrons, and neurons.

To make electricity, you need a generator. How that generator is powered varies from coal to wind power, that doesn’t change the key process in how electricity is generated. The fuel turns a turbine that spins magnets that are surrounded by copper wire, which increases the flow of electrons from atom to atom. This process, as we now know, generates electricity.

In simple terms, electricity is made when electrons move from one atom to another. When we are creating electricity on purpose, spinning magnets encourage the flow of electrons at such a capacity that we can create enough electricity for us to use.

What are the two types of electricity?

While we often think of electricity as being one thing, there are actually two types of electricity: static electricity, like that we feel when we wave our hand over a rubbed balloon or an old-fashioned TV screen, and current electricity.

The difference between these two is in the flow of electrons. When we feel static electricity, we can sense the imbalance of positively and negatively charged atoms, looking for a way to disperse excess charge so they can return to a balanced state. This happens if you touch it (and you’ll get a small shock).

Current electricity contains electrons that are constantly moving between atoms. This is the type of electricity we can use to power our homes.

What are 5 ways electricity can be produced?

All electricity is produced via a generator, but how the turbine in that generator is powered can vary hugely. 5 of the most common ways are:

Where is electricity made?

Electricity is made all over the world, largely in power plants. These power plants are generally fuelled by heat, but kinetic energy can also be used, as can solar power. Electricity can also be generated in small, single-building generators, such as those used with solar panels or fuel-powered backup generators many homes have where storms frequently knock out power.

What are the 6 ways to produce electricity?

There are 6 methods of producing electricity. They are:

What is the main source of energy on Earth?

The sun! The sun is the energy that powers the earth – we benefit from its heat and its light. It grows our plants, helps our cells produce essential vitamins, and we can use it to generate electricity.

What is the cheapest source of electricity?

Solar power is now the cheapest electricity on the planet, and that will continue as solar panels become more efficient and more long-lasting. We are still in the early days of what renewable energy sources can do, so they will continue to grow in affordability.

How can I generate electricity at home?

Generally, generating electricity at home isn’t cost-effective, though it can be good for the planet if you do it in the right way. It may also be a necessity if you live in a remote area or an area that experiences yearly storms that have the potential to knock out power for days at a time. Some of the ways you can generate your own electricity are:

If you don’t experience power outages in the depths of winter or for long periods, then you likely don’t need backup power for your home, unless you have something that cannot go without power (such as fish tanks or medical equipment). The best thing to do if you want to benefit the planet is to switch to a 100% renewable energy plan, we're here to help — find out more about Inspire's clean energy plans here.

How much does it cost to generate electricity?

This varies all the time as the cost of fuel and materials fluctuates, but a general guide is:

Solar power is quickly becoming the cheapest way to produce electricity, with wind power and natural gas following behind. While natural gas is not a green form of energy, it is preferable to coal and oil, which cause severe damage to the environment. The fact that solar power and wind power are becoming more affordable is good news for the planet, and good news for consumers, as energy prices will gradually come down as infrastructure improves.

Fortunately, you don’t need to know how electricity works to use it, but knowing which forms of energy generation are good for the plant and which aren’t is something you should know. If you’re not clear on the difference, start here: Renewable Energy Facts.

If you’re ready to do your part for the planet, we’re here to help. Inspire provides consumers access to 100% renewable energy to help them drastically reduce their carbon footprint. Our plans are fully tailored to you and come at a fixed monthly cost, which means no nasty surprises. To learn more or to sign up, click here.