How Much Does Electricity Cost 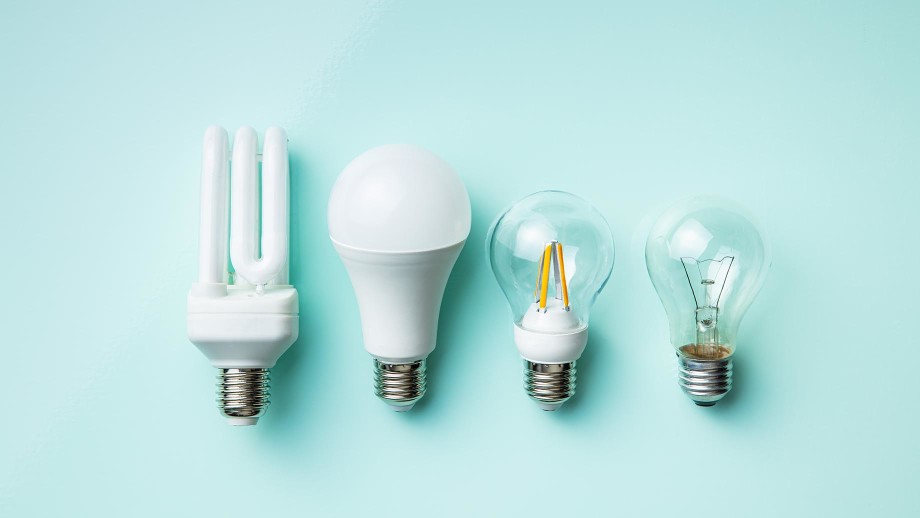 US Average Electricity Costs by State

The cost of electricity is an unavoidable and often large expense for homeowners and business owners alike — and like clockwork, it’s an expense that comes around every single month. With the United States being such a large country, average electric bills vary a lot depending on the state you live in, and possibly even your region within that state, due to varying demand and different suppliers.

In terms of energy use per capita, the United States is the largest electricity consumer in the world. Energy usage varies considerably depending on which state you live in and how much energy you use, so let’s look at the averages and electricity costs in each state.

What is the average electric bill in the US?

Electric bills are thought to have been lower in 2019 than in 2020 due to a cooler summer (meaning fewer people were using their air conditioners) and people spending more time at home in 2020 because of the COVID-19 pandemic. Energy bills as a whole are generally decreasing as more efficient appliances and lighting are installed in homes, and more smart thermostats are used to maintain homes’ temperatures.

The cost of an electric bill in the US will not only be determined by how much electricity is actually consumed but also the size of your house, the climate where you live, the electricity rate in your state or region, and your supplier if you live in a deregulated state.

How much electricity does the average person use per month?

The US Energy Information Administration (EIA) states that the average US citizen uses an average of around 909 kWh of energy per month, which equates to around 10,909 kWh per year. This energy is mostly used to heat and cool the home, heat water, run appliances, and turn on lights.

How is an average electricity bill calculated?

The cost of electricity varies greatly depending on what state you live in and even what zip code you live in. If you live in a deregulated state, you will find that you can shop around for the best possible energy price and even choose what percentage of energy supplied to your home is generated from renewable resources.
Although other charges may be applied by your state or municipality, the average electricity bill can typically be calculated using this equation:

kWh, or kilowatt-hour, is the measure of how much electricity is used per hour by any consumer of energy, such as a divide or home.

How much electricity does an American home use?

According to the Energy Information Administration (EIA), the average home in the US in 2020 consumed 887 kilowatt-hours (kWh) of electricity each month.

How much electricity will cost per month depends on factors such as your home's size, how old your home is, how energy efficient it is, and how many people you have living in your household.

A larger home means more space that needs to be heated, cooled, lit, etc. Therefore, your electricity bill is likely to be higher.

If you live in a newer home, it is likely that it will be more efficiently insulated and free of draughts due to modern windows and doors and insulation methods. This will keep heat or cool air in your home so that less energy is needed throughout the day to maintain a comfortable temperature. Newer homes also tend to be fitted with more energy-efficient appliances so that you can save more on your electricity bills.

Here is an idea of how much your electricity bill is likely to cost you on average per month, depending on the size of your home:

How much electricity is used for lighting in the United States?

How much electricity is used for cooling in the United States?

Of course, the amount of electricity consumed for cooling is affected largely by the weather and climate of an area, so this figure fluctuates annually, depending on the weather.

How much electricity comes from renewable energy sources?

According to the EIA, renewable energy sources produced about 17% of electricity in the United States in 2019, primarily hydropower and wind power.
In the Global Energy Review 2020, the International Energy Agency states that, as of the first half of 2020, renewable energy sources were responsible for almost 28% of electricity generation worldwide, an increase of about 2% since 2019.

What state has the highest electric bill?

The state of Hawaii has the highest average electric bills of the United States by quite a large margin at 28.84 cents/kWh, which equates to an average of $255.81 per month.

The reason for this high rate is likely because Hawaii must import oil to power its generators. The cost of this oil fluctuates regularly, and therefore energy costs need to be higher.

Electric bills are also higher in Hawaii as it is an isolated state; should there be a problem with any of the islands' power facilities, they have no nearby state to turn to for help. Therefore, Hawaii keeps reserve generating capacity and has multiple distribution routes to ensure they have a reliable stream of power. The heightened electric bills go toward paying for the crucial maintenance of these systems.

Rhode Island has the next highest electric bills at a rate of 23.58 cents/kWh, which equates to an average of $209.15 per month. Although it is the smallest state, it is very highly populated. Almost all of the electricity generated in this state comes from natural gas, and therefore Rhode Island has a particularly small carbon footprint. In fact, it is one of only a few states that doesn’t have a single coal-powered plant to generate electricity, and they have their sights set on a future powered by renewable energy.

Which state uses the least electricity?

According to the Energy Information Administration, although it has the highest energy cost, Hawaii actually uses the least amount of electricity per resident, at only 525 kWh per month or about 6,296 kWh for 2019.

Two factors may contribute to the reason for this: one, the weather is reliable, and two, the higher prices encourage people to live in a way that is more conscious of their energy usage.

Alternatively, Louisiana used the most electricity per resident in 2019 at about 1,232 kWh per month or 14,787 kWh for the year, which is more than 4,000 kWh over the national average per state. This high consumption is likely because 6 in 10 households in Louisiana rely on electricity to power their cooling and heating systems. Since it is reliably warm from early spring through late fall in Louisiana, these systems see heavy use year-round.

Which state has the lowest energy cost?

The state with the lowest energy cost is Idaho, at a rate of 9.67 cents/kWh, which is about $85.77 per month. The majority of electricity consumed in this state is generated by renewable sources, most commonly hydroelectric power and wind power. Although this is beneficial to the environment, it currently means that the state itself doesn’t produce enough electricity to meet the demand of residents and business owners, and so it must rely on surrounding states to supply them with what they need.

Washington has the second-lowest energy cost at a rate of 9.84 cents/kWh, which equates to an average of $87.28 per month. As the largest power station in the United States, Grand Coulee Dam generates the greatest hydroelectric power levels in the country, at a capacity of 6,809 MW.

What is the average monthly electric bill by state?

Below you will find each US state listed with the average amount of electricity used per month, in kWh, and the average cost of an electric bill in that state per month.

From this table, you can see that even though Louisiana has the highest energy usage of all the states at 1,282 kWh per month, the price per month is fairly mid-range. However, Hawaii has the lowest energy usage of all the states at only 518 kWh per month, but the highest electricity price at nearly $170 per month.
This shows just how variable the price per kWh is and, therefore, how the cost of your electric bill will be largely determined by the electricity distributor in your state.

How to lower your monthly bill

If you are lucky enough to live in a state with a deregulated energy market, you can quickly lower your monthly electric bill by comparing all the providers that are available to you at the lowest price. If, however, you live in a regulated state, there are still many ways in which you can work to lower your monthly electricity bill as well as make positive environmental changes.

Here are some tips to help you save more energy:

Turn off electronics: Actively turning off appliances and other electronics, instead of leaving them on standby, can save you a significant amount of money in the long term. Consider investing in timer plugs that will automatically turn off your electronics at times which are convenient for you.

Install a smart thermostat: This technology makes the heating and cooling of your home more efficient, maintaining the temperature of rooms you are actually using and not wasting energy on others. They also enable you to control your home's temperature right from your smartphone so you can turn your heating down when you are out of the house and turn it up when you are on your way home.

Replace old appliances with energy-efficient models: If any of your appliances are on the way out, it is worth investing in a replacement with a high energy-efficiency rating. Yes, these models are more expensive, but they use less energy during operation and will therefore help to lower your monthly electric bill. Don’t forget about the light bulbs!

Improve draught-exclusion measures in your home: A substantial amount of hot or cold air can be lost through even the smallest of gaps in your home. This is why it is beneficial to make sure windows and doors are properly sealed, particularly exterior doors and windows. Eliminating draughts and preventing air from escaping will ensure that your heating or cooling system doesn’t have to work for longer than it truly should.

The state that you live in has a huge impact on the cost of your electric bill each month. If you live in a state with a particularly high rate (and have no interest in moving), the best thing that you can do is make small changes to your lifestyle that will help you reduce your energy consumption daily. This could be as simple as ensuring you turn lights off whenever you leave a room, turn your heating down a few degrees, or something more substantial such as installing smart energy-saving devices or replacing appliances with more energy-efficient models.

For more ideas on how to save energy, check out our other helpful tips:

If you are in a deregulated state, the best thing you can do for your wallet and the environment is to switch to Inspire. We will provide you with 100% clean, renewable energy at a flat monthly price, so you will never again have surprises on your bill at the end of the month! Not only that, but you can feel good that you are helping to work toward a greener energy market in the battle against climate change.

To find out more about our unlimited clean energy membership, click here.