How Much Energy Does A Wind Turbine Produce? 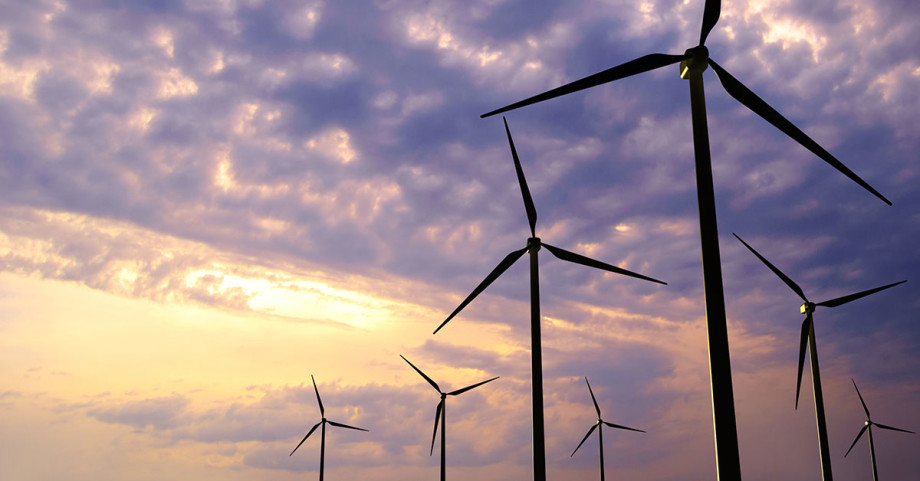 Wind Turbines are strategically placed in perpetually windy places to give them the best opportunity to generate the most energy, but how much energy does a wind actually turbine produce?

How Do Wind Turbines Produce Energy?

We all know the world needs more renewable energy companies – wherever you stand on climate change, you’ve got to face the fact that fossil fuels are a finite resource and will, eventually, run out. If we want to live in the comfortable electricity-driven world we do now, we need to find alternate sources.

Some of the renewable energy sources we can use include solar, wind, biomass, and geothermal, and although no single technology will be the answer, bringing them all together helps lead the way forward.

Many people have found that changing from traditional energy plans powered by fossils fuels to unlimited renewable energy plans allow for instant access to clean energy, without the heavy investment of things like solar panels.

Another clean energy source that has already been growing around the world is wind turbines. These are huge structures that are strategically placed in perpetually windy places, to give them the best opportunity to generate the most energy.

But how do wind turbines actually work?

How is wind energy produced?

Wind energy is produced when we harness the power of our atmosphere’s airflow to create electricity. Wind turbines do this by capturing the kinetic energy of the wind (e.g. the moving energy).

Utility-scale wind power includes turbines of all sizes which deliver their power to the grid and are used by utility companies.

Offshore wind power is exactly what it sounds like – these are huge wind turbines that are built out at sea and generate the most amount of power.

Of course, not all electricity running through the power grid comes from clean sources like wind and solar, most of it still comes from burning fuels. Even renewable fuels omit noxious gasses, so we need to be conscious of where our energy comes from.

You may not know this, but in many states, you can choose where your energy comes from. We empower our customers to choose energy that comes from clean sources, instead of harmful ones. Our customers choose clean energy and a subscription plan that’s right for them so they get a stable monthly bill, with the satisfaction that they’re helping the world get greener. If you’d like to find out more about how we can help you, click here.

How do wind turbines work?

Wind turbines are relatively easy to get your head around, and are often more easily understood when you think of them like a historic windmill that would use wind energy to grind grain.

When the wind blows past a wind turbine’s blade, the force is caught by it (this is called capturing its kinetic energy), and so the turbine starts to turn. The energy is now considered mechanical energy. Just like with the windmill, this turns an internal shaft. Unlike a traditional windmill, wind turbine shafts are connected to a gearbox which helps to increase the speed massively – typically 100 times more.

This spinning is connected to a generator, which produces the electricity.
That’s all you really need to know, but if you’re interested in the technical terms, these same elements are called a mast, a nacelle and a rotor. The mast supports the rotor and nacelle, and the nacelle contains the mechanical parts. The masts or towers are hollow and made predominantly of steel. The blades are made of glass fiber reinforced with polyester, glass fiber reinforced epoxy or carbon fiber reinforced epoxy, which make them incredibly strong but also light enough for relatively gentle wind forces to get them spinning.

A wind turbine’s blades are much like airplane wings; the wind causes the three-bladed turbine to spin because the force of lift is greater than the force of drag. There are three because this produces the best compromise between rotational speed and mechanical reliability.

The rotor is connected to a generator through a series of gears so that the rotational speed is increased in the order of 100 times. This enables the generator to produce electricity and not be too large and expensive. Computers control the pitch of the blades and the direction they point to produce maximum power.

Most onshore wind turbines today are rated at 2.5-3 MW (megawatts), with blades of about 50m in length, about half the length of a football field. Just 30 years ago, the blades were a mere 15m long!

Electricity generators produce alternating current (AC) electricity. Some turbines contain a converter that changes the AC to DC (direct current) and back again to make the electricity produced match the frequency and phase of the grid it is connected to. The difference between these currents is that in AC currents, electrons keep switching directions, while in DC currents, they only ever flow in one direction.

What are the different types of wind turbines?

By far, the most common type of wind turbine generator is the horizontal axis wind turbine (HAWT). This is the one that has become a common sight either as individuals and small groups or in large numbers in wind farms. They resemble an airplane propeller on a tower.

There are several others that have been discarded as inferior, or are still in the prototype stage, including the Airborne Wind Turbine being developed by Altaeros Energies. This wind turbine is a bit like a cross between a balloon and a wind turbine, and would, in theory, be a much more visually appealing option, in that they wouldn’t disrupt the landscape. Only time will tell if any of these are viable alternatives to the HAWTs now in use around the world.
How do wind turbines produce energy?

A wind turbine is designed to convert the kinetic energy of the wind into electricity. The bladed rotor is connected to a generator through a series of gears so that the rotational speed is increased in the order of 100 times. This enables the generator to produce electricity while not be too large or expensive. The electricity produced by the wind turbine is commonly transmitted to the power grid.

What is the most efficient type of wind turbine?

As of 2020, the wind turbine efficiency leader is the large, three-blade, horizontal-axis design, which is why more than 300,000 have been deployed. The aerodynamic blades generate more electricity than any other design, both because the lift produced moves the blades faster, and each blade is moving through “clean” air.

Also, because computers control the blades’ orientation, they are always operating to their optimum potential. Vertical-axis designs and other horizontal-axis designs cannot compete.

The other benefit of three-blade HAWT is that they scale up very well, much better, in fact than the alternatives. Large turbines generate equally large amounts of electricity, which for utility-scale electricity generation is vital. Check out our article dedicated to the advantages of wind energy for more information like this.

How much energy does a wind turbine produce?

A modern wind turbine begins to produce electricity when wind speed reaches 6-9 miles per hour (mph) and has to shut down if it exceeds 55 mph (88.5 kilometers per hour) when its mechanism would be in danger of sustaining damage. So, while they can generate electricity for much of the time, there are other times they have to be shut down.

There is also a reduction caused by the unavoidable inefficiencies involved in the mechanism, most wind turbines operate at around 30% – 40% efficiency though this may rise to 50% in ideal wind conditions.

It is reckoned that an average onshore wind turbine rated at 2.5 – 3 megawatts can produce in excess of 6 million kWh every year. A 3.6 MW offshore turbine may double that.

How much power does a wind turbine produce per rotation?

Wind turbines are getting bigger and producing more and more electricity all the time. In 2018, Swedish energy giant Vattenfall installed the first of 11 of its 8.8 MW turbines, made by Vestas, off the coast of Scotland. These colossal turbines have an overall height of 191m (627ft), and each blade is 80m (262ft) long. According to European Offshore Wind Deployment Center Project Manager, Adam Ezzamel, “just one rotation of the blades can power the average UK home for a day.”

Can 1 wind turbine power a house?

There are alternatives to the wind turbine behemoths used to generate electricity on a utility-scale. Small wind turbines that are rated 100 kilowatts or less can be used to directly power a home or small business. They can generate power in the same way as solar panels, in that the power can be stored for use in batteries, and should be able to power a home or place of business on a windy day. The problem comes when the wind drops for days at a time or rises too high for the wind turbine to work without becoming damaged.

The other, bigger, issue is that installing a wind turbine or solar panels comes at a huge cost. An easier solution is simply switching your fossil fuel driven energy plan at home or the office to an unlimited clean energy subscription. This will allow for instant savings, and there is no set-up fee.

Although installing solar panels or a wind turbine may pay off in the very long term, it is not a financial investment many people can make.

If you do decide to install one, turbines can be roof-mounted or stand-alone, depending on the situation. In very rare cases, excess electricity generated may be fed into the grid and actually make money for the owner (just like solar panels).

This is a growing sector of the market (you can even buy them on Amazon) and may, in time, be just as important as wind farms as we look towards cheaper sustainable energy sources.

The great thing about wind is it is free, and there’s a lot of it! It is hoped that, eventually, up to 50% of energy needs could be provided by the power of the wind. Already almost half of Denmark’s electricity comes from wind. By the end of 2018, worldwide capacity of wind-generated electricity reached nearly 600 gigawatts, with the US contributing 96,665 MW. The US Energy Information Administration estimates that a further 14,300 MW of wind power will come online in 2020.

Wind power is not the whole answer to the world’s energy needs, but it is already playing a vital part in helping us to adapt to a cleaner, more sustainable future.

At Inspire Clean Energy, we are a renewable energy company passionate about empowering our customers to do the right thing for the environment, themselves, and their families. We want to make it easy and affordable to choose clean energy.

Not sure if renewable energy is right for you? Read the latest Inspire Clean Energy reviews to see how we've helped customers make the switch.