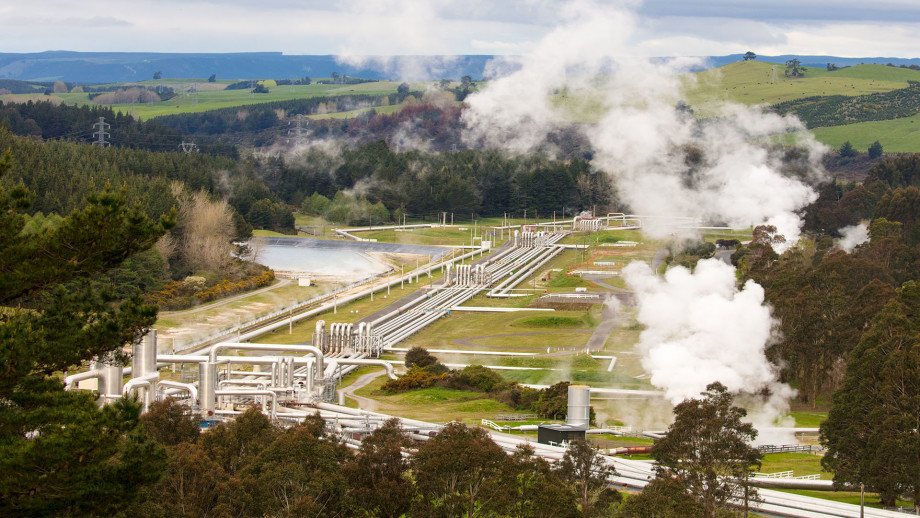 Learn about geothermal energy and if it is a renewable energy source.

Geothermal energy is a renewable energy source created from the heat generated by the earth's internal core and is available 24-hours a day, 365 days a year. As long as the planet continues to function for millions of years, the core will continue to produce intense amounts of heat that can be utilized to produce electricity.

Many geothermal power plants use a reservoir to store hot water that can be turned into steam to spin turbines to generate electricity. When the water levels in the reservoir begin to deplete, water can be reinjected into the pool to keep the plant running at a high capacity at all times. Aside from routine shutdowns for maintenance, geothermal power plants are available to generate electricity more than 90% of the time during any given year.

Compare that to coal power plants that average around 75% availability in the same year, and you can see that geothermal is renewable, clean and dependable1.

What is the main source of geothermal energy?

Essentially, geothermal energy is heat within the earth. When the heat produced by the earth's core is used to heat water, the interiors of buildings and homes, and generate electricity, it is referred to as geothermal energy. The reason the earth produces heat is because of its liquid iron core. The liquid iron core is so boiling, around 10,800 degrees Fahrenheit to be exact, that it radiates heat through the outer core and the crust of the earth's surface2.

There are three main types of geothermal power plants. There is the dry steam, the flash steam, and the binary cycle power plant. All three use the heat that is produced deep within the planet.

Here is a breakdown of the three different main types of geothermal power plants3:

It is also important to note that geothermal power plants that use geothermal water from within the earth require water and steam temperatures between 300 and 700 degrees Fahrenheit. When a source is identified, a well is drilled, and then pipes are inserted to transport the water or steam to the surface, where it is then used to power turbines that generate electricity.

Where is geothermal energy found?

Sources of geothermal energy are almost always naturally occurring, but often they are hard to detect. However, geothermal energy sources can make themselves visible through volcanoes, hot springs, and geysers. These naturally occurring physical phenomena are the primary ways heat escapes from the earth to the surface and into the atmosphere. Most of these geothermal sources exist on or near the boundaries of the earth's tectonic plates.

The most famous plate tectonic boundaries exist around the Pacific plate, deemed the "Ring of Fire." The Ring of Fire consists mainly of mountainous regions that contain a high number of volcanoes. Alaska, Japan, numerous Pacific Islands, New Zealand, and the West Coasts of both North and South America make up most of the perimeter of the Ring of Fire.

What are some uses for geothermal energy?

Geothermal energy has three primary uses when best utilized. They are direct use, like geothermal baths and heat sources for homes and offices, pumps, and electric power generation. Here is a little more detail about these three main uses of geothermal energy5.

What are geothermal heat pumps?

Can geothermal energy run out?

Geothermal energy poses no indication that it will be going away anytime soon. The earth has been producing heat from its liquid iron core for millions of years, and it will continue to do so into the future. Combined with the reusing and reinjecting of water into geothermal reservoirs, geothermal energy is a renewable energy source that could be utilized for many generations into the future.

What are the environmental impacts of using geothermal energy?

Geothermal has many promising advantages when it comes to how it affects our environment:

Is geothermal a reliable source of renewable energy?

If you're looking for a quick and easy way to make an impact, sign up for a 100% clean energy supply plan for your home.