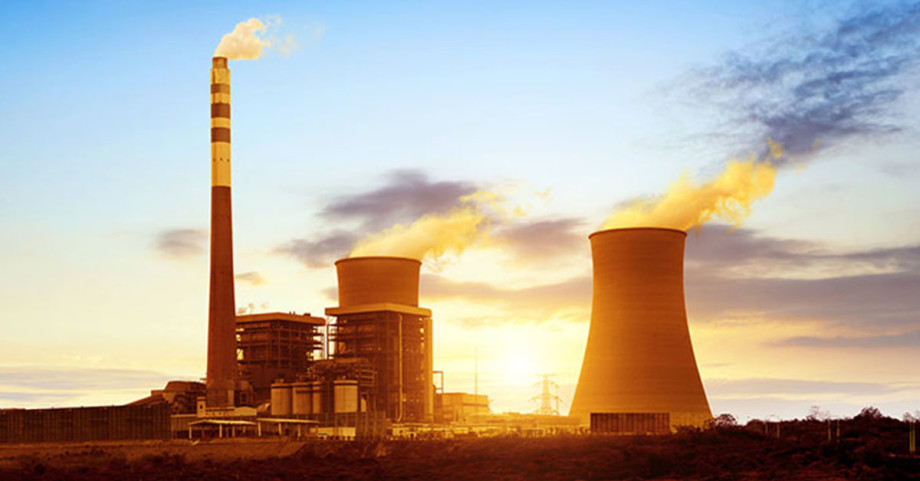 How familiar are you with nuclear energy? If the only time you think about nuclear power is in terms of Homer Simpson’s job or while scrolling through Netflix, then probably not very.

How familiar are you with nuclear energy? If the only time you think about nuclear power is in terms of Homer Simpson’s job or while scrolling through Netflix, then probably not very.

Nuclear energy was first utilized commercially in the 1950s. Since it has continued to grow, and there are now around 440 nuclear power reactors across the world, providing 10% of the planet’s electricity. Nuclear energy is the world’s second-largest source of low-carbon power, following closely behind hydroelectric power.

But, is nuclear energy renewable? Today, we’re going to answer all the most common questions we hear about nuclear energy, so read on to find out more!

What is Nuclear Energy?

Nuclear energy is the energy contained within the core or nucleus of an atom. Within this nucleus are protons which hold a positive electric charge, and electrons, which hold a negative electric charge, with bonds holding these particles together. When these bonds within the atom core are broken, through a process called nuclear fission, it produces a significant amount of energy we can use to produce electricity.

How is Nuclear Energy Produced?

Nuclear energy is produced when atoms are split apart during nuclear fission to release energy. The most common fuel used for nuclear fission in nuclear power plants is uranium. However, only a certain type of uranium (U-235) is suitable, and in some plants plutonium is used instead.

How Does Nuclear Energy Work?

Nuclear fission takes place when a neutron collides with a fuel atom. This causes the atom to split apart, releasing heat and radiation energy, as well as more neutrons which will go on to collide with more fuel atoms, and so the cycle continues. The cycle is called a nuclear chain reaction. A nuclear chain reaction can be controlled within the reactors of a nuclear plant to produce heat, which in turn heats a cooling agent to produce steam. The steam produced turns turbines or wheels that drive generators to create electricity we can use.

What Is Nuclear Energy Used For?

The most widely known use for nuclear energy is simply to produce electricity to power both domestic buildings and industries, such as schools, hospitals, homes, and businesses. However, there are also other important uses of nuclear energy.

In many parts of the world, where agriculture is a huge percentage of their economy, they’ll use radiation to stop insects from reproducing if they pose a threat to their crops. This protection of crops is vital as it allows these countries to provide food for themselves and the many other countries that rely on them.

Irradiation is also used to kill bacteria and other pathogens in food through sterilization. Don’t worry – this doesn’t make the food radioactive or affect it nutritionally, it simply makes our food safe to eat. While this process may make you feel uncomfortable, irradiation is actually the only way to kill bacteria on raw or frozen foods fully, so it’s incredibly important.

Nuclear technologies can also help in the medical industry. They are used to provide imaging inside the human body to get more accurate diagnoses, and nuclear technologies even help to treat some diseases. Doctors have been able to predict exactly the right amount of radiation needed to destroy cancer tumors without damaging healthy cells. With more research, this could be a huge breakthrough in cancer treatment, allowing patients to get treatment without the associated weakness.

And, just like in the agricultural industry, gamma-rays sterilize medical equipment cheaply and safely in hospitals all across the world, ensuring the equipment medical professionals use don’t spread infection and disease.

Unfortunately, many communities across the world still don’t have reliable access to clean water. To make their water clean to drink, they use a process called desalination, which requires a huge amount of energy. Nuclear energy facilities can provide this energy for the water desalination plants to provide fresh drinking water to those communities that don’t have it at a low cost.

What are the Advantages of Nuclear Energy?

There are many advantages of nuclear energy, such as:

What are the Disadvantages of Nuclear Energy?

So, is nuclear energy renewable? Well… yes and no. Yes, the energy that is produced by nuclear power plants is renewable, but the fuel that is required is not renewable. Although uranium is a very common metal found all over the world, nuclear fission requires uranium known as U-235, which is comparatively rare.

The steam that is produced to power the turbines, and consequently the generators, is also recycled. The steam is cooled down in a ‘cooling tower’ and turned back into water which can be used again within the nuclear fission process.

There is also a process called nuclear fusion, which scientists believe may become possible in the next 5-20 years. Nuclear fusion will increase the energy output and reduces the waste produced significantly and lowers some of the dangers inherent in normal nuclear fission.

Possibly the largest benefit of nuclear energy is that it is a clean energy. It does not create air pollution or release greenhouse gases, so in this way it is much more sustainable for the environment than fossil fuels. The only byproduct of the production of nuclear energy is excess steam, which is simply recycled into the atmosphere as clean water vapor.

How Does Nuclear Energy Affect the Environment?

Radioactive material is highly toxic for humans and other animals, where it can cause burns, and lead to cancer, blood disease, bone decay, or radiation poisoning. All used fuel must be stored in huge containers filled with water, which cools the used fuel down and prevents outside contact.

The other byproduct is known as radioactive waste. Radioactive waste includes all materials that have come into contact with radioactive dust, including worker’s clothes and tools. Radioactivity can last for thousands of years in some cases, so this waste is immediately disposed of so no further contamination can take place.

The disposal must follow strict governmental regulations, although where this radioactive waste is stored has become a very controversial issue in the US.

Yes, in some ways, no in others. Renewable energy is a much better choice for the environment and your home, and is a completely clean way to power your everyday needs.

You see, the only real downside of some renewable energy sources is that they can be noisy. They also often take up a lot of space and aren’t as “effective” at creating energy at scale like nuclear energy does.

However, renewable energies can be used on a small scale or a larger scale, unlike nuclear power which is only possible on an enormous scale. This makes renewable energy the best choice, especially moving forward when more and more people are looking for clean energy sources.

Is Nuclear Energy Better than Solar?

Only in the sense of the sheer quantity of energy produced. Otherwise, solar is the better option. A nuclear reactor can take around 20 years to build, at immense cost. In contrast, a solar farm can be built in less than a year and added to over time to increase energy production while continuing to create energy. It is also a true renewable energy source, whereas nuclear power is not.

How Safe is Nuclear Energy?

Although the risk of accidents relating to nuclear energy is low, many people worry about the radioactive waste that is extremely unsafe for the environment and people’s health.

There will always be a chance of a storage facility leaking causing high levels of contamination to any soil and water surrounding the facility and harming the people, flora and fauna around it.

The Future of Nuclear Energy

While there are a lot of advantages to nuclear energy, and it is still a necessary part of our power generation, it will never be a true renewable energy source. That’s why true renewable energies, such as wind power and solar power, are so important.