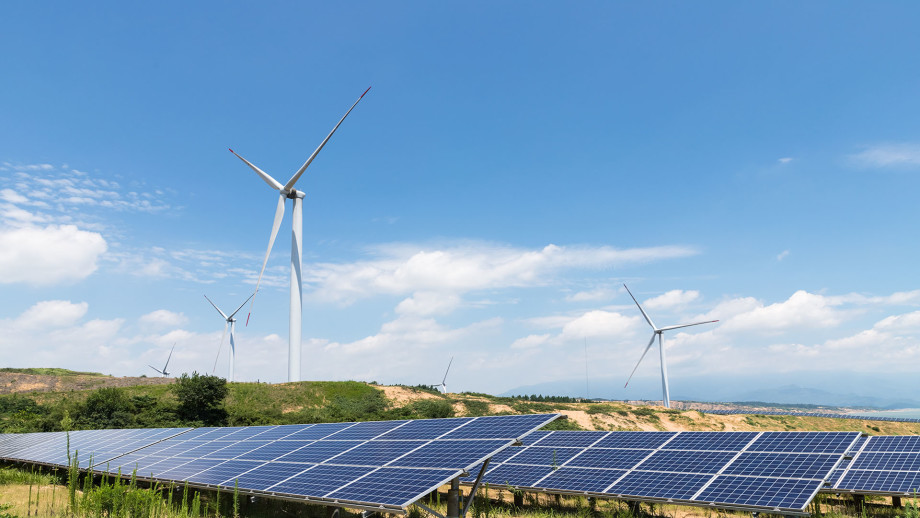 Learn the factors that impact the reliability of renewable energy sources.

For example, when a wind farm cannot operate due to low wind speeds, an adjacent biomass plant can compensate for the lost capacity in the meantime. Or, a solar farm is constructed near a hydro plant, where they work in tandem to meet the energy demands of their respective region. When you stop thinking about renewable energy as individual modes of electricity generation working independently of each other, and instead you see them as a holistic force, then you can determine that renewable energy is indeed reliable1.

If we think about what makes an energy source reliable, it would be based on its availability, and more specifically, its supply and location. Renewable energy is reliable because it is both unlimited and domestic. Between the four primary modes of renewable energy generation in the U.S., wind, solar, biomass, and hydro, there is the potential to generate 100% of the electricity needed to meet the energy demands of the entire country. The transition is already happening, as the U.S. has been adding more renewable energy each year and phasing out fossil fuels2.

Renewable energy can be more reliable than fossil fuels when thinking about the bigger picture and the planet's future. There is only a finite amount of coal and oil, where there is essentially an unlimited amount of renewable resources that can sustain us for generations to come.

From a domestic standpoint, oil can also be unreliable if we are dependent on receiving it from foreign sources. If we depend on foreign governments for a percentage of our oil supply, it is unreliable because laws and relationships change. Even if the U.S. could achieve 100% domestic oil production, there still is only so much oil that can pump from the ground. Eventually, the supply will run out. The same idea goes for coal. We could supply our coal fire plants with coal only extracted from within the U.S., but there is only a finite supply again. Renewable energy is more reliable than fossil fuels because it will always be there, and its electricity is generated locally3.

How reliable are the different forms of renewable energy?

Every form of energy generation has advantages and disadvantages. Overall, renewable energy sources are much more sustainable for the environment and our future, even with their faults.

What is the most reliable source of renewable energy?

Wind turbines can turn about 50% of the wind it captures into energy. When we look at the most efficient solar panels currently in operation, they can convert roughly 23% of the sunlight they absorb into electricity. However, it is essential to remember that solar energy is more abundant and available than wind, so experts on both sides debate for superior reliability6.

What is the future of the energy industry?

The future of the energy industry is renewable energy. By 2040, renewables could account for nearly 70% of the world's energy mix, according to a report from the global financial institution ING. While it will take billions of dollars, tons of research, and more technological innovations, renewable energy will make our planet healthier in the years to come.

Right now, we are on the right trajectory to replace destructive energy production processes with better systems for our future, but we need all the help we can get. Actions like attending a rally against fossil fuel usage or buying energy-efficient appliances can show your commitment to improving the energy industry's future. There are many different ways to push for environmentally-friendly standards, but if you're looking for a quick and easy way to make an impact, sign up for a 100% clean energy supply plan for your home.