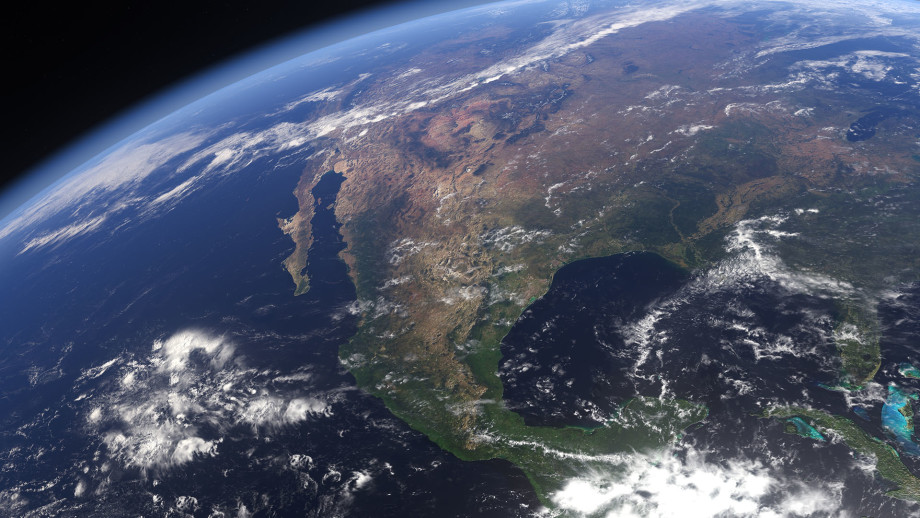 Learn the sources and impact of greenhouse gases from human activity versus those in nature.

What are the natural greenhouse gases?

Greenhouse gases are chemical compounds found in our atmosphere. They're responsible for keeping the planet warm by preventing the sun's heat and energy from leaving the earth. Without the greenhouse effect, the earth's temperature would remain around 0-degrees Fahrenheit. Without greenhouse gases, the world would not support life as we know it.

Even though natural greenhouse gases are necessary to keep our planet warm through the greenhouse effect, too many natural and synthetic compounds can lead to devastating impacts. Greenhouse gases like carbon dioxide, chlorofluorocarbons and methane significantly contribute to the climate crisis we are currently experiencing by increasing the earth's surface temperature1.

Where do naturally occurring greenhouse gases come from?

What is the biggest natural contributor to greenhouse gases?

The most significant contributor and the most impactful natural greenhouse gas is water vapor. Considerable changes in water vapor concentration have created warming of the atmosphere primarily due to human activity.

As other greenhouse gases accelerate the warming of the planet, the amount of water vapor in the atmosphere will only continue to increase, creating a vicious cycle that can produce devastating effects for populations in every region of the world. Some of the catastrophic consequences include severe storms like hurricanes and monsoons and drought-like conditions that lead to extreme wildfires.

What are the most prominent artificial greenhouse gases?

Again, the most prominent manufactured greenhouse gases include carbon dioxide, methane, nitrous oxide and fluorinated gases. A reduction in the production of these gases may be essential in helping combat climbing change and the planet's warming.

What percentage of greenhouse gases are artificial?

The most significant source of artificial greenhouse gas emissions is carbon dioxide. The carbon dioxide created by burning fossil fuels like coal, oil, and natural gas contributes to approximately 65 percent of global greenhouse gas emissions. Additionally, industrial processes can make a significant amount of carbon dioxide. Although carbon dioxide does occur naturally in the atmosphere, the dramatic increase in its concentrations due to human activities has created an imbalance in the plant's natural carbon dioxide cycle. This imbalance has led to weather patterns, precipitation levels, and global surface temperatures. Increases in the global surface temperature can lead to more frequent severe weather events, rising sea levels, melting of glaciers and polar ice caps and more severe droughts and wildfires.

Why are greenhouse gas emissions harmful to the environment?

Essentially, greenhouse gases can have many detrimental effects on the environment and human health. When greenhouse gases are at high concentrations, the amount of heat trapped by the earth's atmosphere can cause global warming and climate change. Additionally, the air quality of breathable air poses serious health consequences for humans. Air pollution can directly lead to cancers and other illnesses. Greenhouse gas emissions also pose a grave danger to society by increasing the frequency and intensity of severe weather events. As climate change continues to impact the planet, food scarcity from droughts and unseasonal weather conditions could become a severe issue that may cause the forced migration of vulnerable populations and increase global hunger and poverty5.

Why is CO2 the most important greenhouse gas?

CO2 is the most important greenhouse gas because it most impacts climate change and global warming. Although there are other greenhouse gases like methane and nitrous oxide, CO2 poses the most significant risk to irreversible damage caused by climate change. Since the industrial revolution, carbon dioxide created from burning coal, oil, and natural gas has been the biggest driver of global warming. Additionally, CO2 is considered the most important greenhouse gas because it can remain in the atmosphere. When CO2 is created, it can stay in the atmosphere for up to 1,000 years. It is said that CO2 released into the atmosphere can remain intact with up to 40 percent concentration levels for up to 100 years, 20 percent intact for 1,000 years, and 10 percent intact for up to 10,000 years6.

How do we counteract artificial greenhouse gases?

The most significant contributors to greenhouse gases are the industrial and energy sectors. With so many industry processes lacking low-emission alternatives, the development of large-scale carbon capture and storage technologies may become a requirement. Addressing issues concerning energy efficiency, fuel switching, and transitioning to renewable energy sources can help counteract the impact of manufactured greenhouse gases6.

It's never been easier to reduce your carbon emissions and make an impact on the planet. Switching your energy supply to Inspire doesn't require much planning, money, or time. Start now – the earth will thank you.