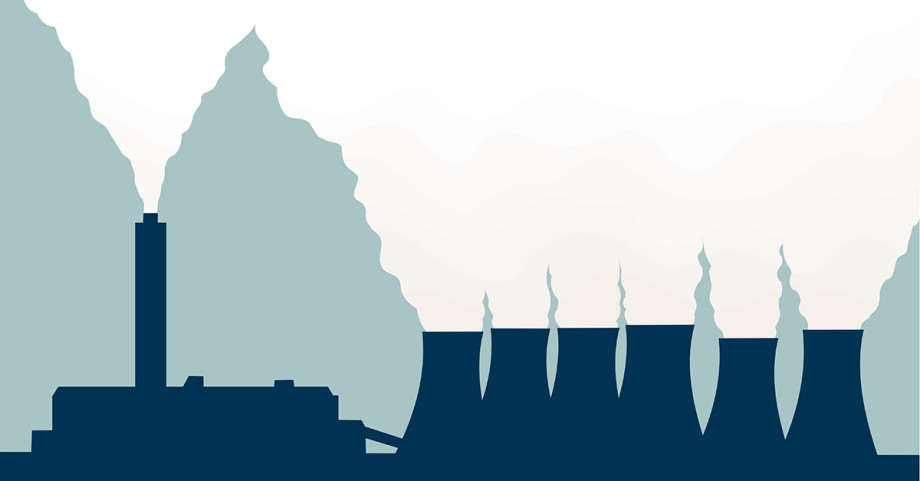 What are non-renewable energy sources & their alternatives?

We use a lot of energy. With 7.7 billion people on the planet, most using at least some kind of electricity to power their daily lives, or soon to do so, that need is only growing. Until very recently, all that energy came from non-renewable energy sources, but now things are changing. (Find out how we’re doing our part as a clean energy company.)

Why? Let’s take a closer look at non-renewable energy sources and what alternatives we are providing here at Inspire.

What is non-renewable energy?

What are non-renewable energy resources?

There are a few different types of non-renewable energy, but the ones we use most are fossil fuels. Fossil fuels are created when organic matter from plants and animals that died millions of years ago was transformed by the heat and pressure inside the earth’s crust into:

As you can see by how long ago these deposits were formed, it takes billions of lifetimes for new fossil fuels to form. That’s why these sources are non-renewable, and at the rate we’re using them, may run out in as little as 70-100 years.

Other non-renewable energy sources are:

Both of these are sometimes debated, but once the main source of this energy is gone, we can’t reuse it.

What are the main non-renewable energy sources and the alternatives?

There are three main sources of non-renewable energy that we touched on above:

Coal has been in use for thousands of years as a heat source, but with the advent of large scale industry, steam engines and electricity generation, its production and use increased at an unimaginable rate.

Today, its primary use is in the production of electricity in coal power plants, supplying 30% of the US’s electric power generation in 2017, down from 50% just ten years before.

The US is a major producer of coal, with 11% of the world’s total coming principally from Illinois, Kentucky, Pennsylvania, West Virginia and Wyoming. China is the world leader producing over three billion tons each year.

Coal is not a clean fuel, however. Coal combustion accounts for almost a third of the greenhouse gas emissions in the US and large amounts of airborne pollutants such as nitrogen oxides, mercury and the acid rain producer sulfur dioxide.

Reserves are running out at an alarming rate though estimates of how long they will last vary enormously. Some say as little as 70 years [1], others as much as 114 years. Even the longest estimates are not really that long in global terms. That’s why we need to replace it.

Hydropower is currently the most commonly used source of renewable energy in the world, with a global capacity of more than 1,308GW – 18% of the world’s electricity capacity and 54% of the power generation capacity of renewables.

Most of this production comes from huge dams built in river valleys and using the power of the falling water to drive turbines. The US is a big player, but the biggest project of all is the Three Gorges on the Yangtze River in China at 7,660 feet long and 607 feet high at its maximum. It has a generating capacity of 22,500MW.

Though the energy is clean and renewable, dams do have a big ecological and social impact and have their critics. A lot of effort is going into developing new ways of harnessing water to produce power. Waves and tides are receiving a lot of attention in this respect as are smaller, domestic hydroelectric installations. Hydropower is certain to play an important part in electricity generation going forward.

The use of natural gas in electricity production in the United States is rising, and the energy created is approaching a third of all energy used. Almost a fifth of the world’s natural gas is produced in the US, though some is still imported, mostly from Canada. The technique of converting it to liquified natural gas (LNG) means that transport by ship has become viable and is now used globally.

It is undeniable that natural gas is a far cleaner non-renewable energy source than coal but still accounts for nearly a third of the country’s greenhouse gas emissions. Although natural gas produces far less CO2 than coal, it largely consists of methane, a greenhouse gas that is more potent than carbon dioxide.

Our natural gas reserves are also dwindling, and we may have as little as 50 years left [2].

Wind energy has been harnessed since ancient times, but the massive wind turbines of today have little in common with the windmills of the Persians. Wind energy is now the second most widely used renewable with capacity increasing dramatically year on year and currently stands at more than 650GW, around a quarter of the world’s renewable energy generation capacity.

While wind energy does not quite compete with hydropower just yet, it is less intrusive with its environmental footprint, so new farms are being constructed all the time.

Both onshore and offshore wind farms are being built, and the interest in wind power is global. China, Germany, Spain, the UK, Italy, Brazil and Portugal and the US are all being proactive in wind power, and the investment in the technology is increasing all the time.

Wind energy is the main type of clean energy we buy on behalf of our customers because it can generate the most energy reliably, is cost-effective, and has an extremely small environmental footprint. Making the switch to a clean energy source for your home is one of the best things you can do for your carbon footprint – find out how to switch to renewable energy here.

Oil is obviously the main source of fuel for transportation around the world, and the US uses a lot of it – just under 20 million barrels every day in 2017, with net imports running at 3.8 million barrels daily, mostly from Canada, Saudi Arabia and Venezuela.

Oil, however, releases combustion releasing particulates known to be damaging to respiratory health. On top of this, some 45% of the United States’ greenhouse gas emissions come from oil. If you add to this the ecological problems produced by oil spillage and the methods of extraction, you can understand why we must find alternatives – not to mention that our supplies are also running out.

The third biggest contributor to renewable energy production is solar power. Like wind, solar power has advanced rapidly in the last 10 to 15 years and now has a capacity of over 580GW.

Photovoltaic panels are the most common way of converting the sun’s radiation to electricity, but interest in other ways, such as concentrating solar power, has also increased exponentially. Clean, efficient, renewable.

What is the difference between renewable and non-renewable?

The two main differences between renewable and non-renewable energy are:

What are the limitations of non-renewable energy sources?

Non-renewables are harmful for the environment and a negative impact for the human race. They pollute, create greenhouse gasses, cause acid rain and damage the biosphere. They can even worsen and cause respiratory diseases for those who live in polluted areas, which is, unfortunately, often our poorer communities. If we fail to make the move to renewable energy sources, we doom huge numbers of the population to bad health.

They also will not last. To have enough power in the future, the world needs to act now.

Why are fossil fuels called non-renewable sources of energy?

Why does it matter if we still use non-renewable energy sources?

The longer we hang on to these old sources of energy, the faster they will diminish, and the more pollution they will create. Climate change is happening and could be catastrophic – the UN believes we have just a decade before irreversible damage is done [3]. We need to change now and embrace renewables, embrace the change that might save the planet.

Why are non-renewable energy sources bad?

Non-renewable energy sources have been very valuable in the past, but now we realize that they are environmentally dangerous. As the world’s population grows, so do our power requirements. We need to increase capacity and decrease greenhouse gasses, particulates and the other harmful emissions produced by non-renewables.

We are at a critical stage in society’s development. If we cling to non-renewables and ignore the clean alternatives, we risk everything we have built. We need to make courageous decisions and change to renewable energy sources before it is too late.
If you’re ready to do your part, join us in our fight for a better world – make the switch to clean energy in just 5 minutes (or less!) today.