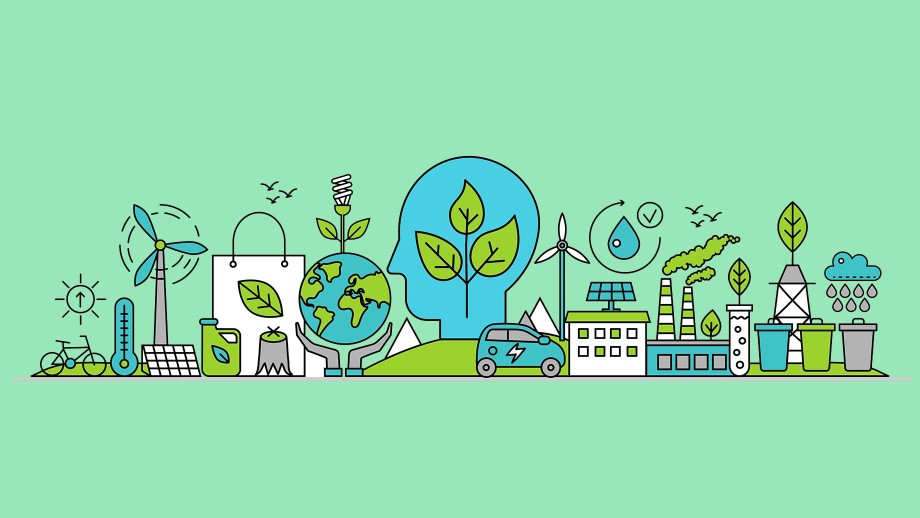 These days it seems that terms like “renewable and sustainable energy” are on everyone’s lips. And despite all the talk and hype, there are still many popular misconceptions about renewable energy and what it means for our planet’s future. Yes, we know that it’s better for the environment, but what exactly does that mean for us?

So, let’s take a moment to look at the facts.

What is renewable energy?

The term renewable energy refers to any energy source that can be utilized more than once. For example, fossil fuels like coal can only be burned once to create energy. Once that lump of coal is burned up, there’s no way to use it again quickly.

On the other hand, when we use a resource like the wind to turn a turbine, it does not stop blowing as soon as we take energy from it. We take some of its kinetic energy, but there will always be more wind. As another example, when we use biomass (plant matter) for energy, we may burn a singular plant, but we can always grow more relatively quickly.

What is the most widely used type of renewable energy?

What is the fastest-growing source of energy in the world?

Renewable energy, of course! Consumption of renewable energy is set to rise by 78% between 2015 and 20401. Global demand is increasing quickly, thanks to forward-thinking people like our Inspire members.

How efficient is renewable energy?

Using renewable energy is generally far more efficient than fossil fuels because it is, by nature, renewable. That means that with renewables we typically don’t have to dig into the ground or do anything dangerous to source the fuel, which is a pretty efficient way of fueling our world compared to fossil fuels.

Most renewable energy plants or farms can be set up once and generate energy efficiently for decades. When you build a wind turbine, it will generate energy with just a little maintenance; you don’t need to continue to find a fresh supply of wind to power it. Provided it’s built in a suitable location with consistent wind access, it will work extremely efficiently.

You can learn more about Energy Efficiency and Renewable Energy here!

Fortunes have been made in the oil industry, so this is a statistic few oil tycoons want you to know about. However, clean energy jobs outnumber fossil fuel jobs by more than 2.5 to 1, and when it comes to exclusively coal and gas (excluding oil), that number rises to 5 to 1.

That means for every 1,000 people employed in the coal and gas industries, there are 5,000 jobs available in the renewable energy sector.

Best of all, these jobs are created locally. Much of our oil and fuel comes from overseas, and so there is even more opportunity to create jobs here in the US with the help of renewables. Already, clean energy jobs outnumber fossil fuel jobs in almost all US states, and the margin between them is increasing daily3.

2. Solar power could be the world’s top power source by 2050

According to a report by the International Energy Agency, solar power is set to be the number one power source by 20504. Why? The solar industry is growing fast each and every year, as it is one of the few renewable energy sources that can be utilized by businesses and individuals alike. Virtually any open space or rooftop can be used to place solar panels.

While solar panels lack some efficiency currently, that is quickly changing. As the panels themselves become more sophisticated, they’ll be even more eagerly adopted.

Yes, you read that correctly. The average on-land wind turbine (2.5-3MW capacity) can produce enough electricity to power 1,500 average homes5. If you look to offshore turbines, this number increases exponentially due to their advantageous positioning, with the capacity to power an impressive 3,312 households!

That single wind turbine also creates jobs and requires little maintenance over its lifetime. The average wind turbine lasts for 20-25 years, meaning it can power 1,500 homes each year for a quarter of a century. If that’s not clean energy, we don’t know what is!

The switch to renewable energy is everyone’s responsibility, and so numerous top companies have pledged to go green or even achieve net-zero soon. Here are some of the most innovative:

5. Renewable energy can help you save money

A study by Rewiring America found that households would save a significant amount of money by switching to clean energy sources6. If all elements within a household ran on clean energy (that includes things like your furnace), it could save the average household a tantalizing $2,500 a year. Who wouldn’t like that much money back in their pocket?

In many cases, we’re told that switching to renewable energy will require sacrifice, but that’s simply not the case. In the long term, we can expect to see significant savings for our actions, especially for those who can afford to be early adopters of electric vehicles.

Did some of these facts surprise you? All too often we hear negativity around the concept of renewables, but this is often due to society’s unwillingness to change or a skewed view that has trickled down from those who have made a lot of money from fossil fuels. Fortunately, the facts about renewable energy are quickly becoming common knowledge, and huge companies are making positive changes.

If you want to be a part of this global change for the better, you don’t need to wait! You have the power to choose clean energy now for your home. Our customers are just like you: decided to make a positive change by switching their homes to clean energy at a fixed monthly price. If you too would like to drastically reduce your carbon footprint and increase the demand for clean energy, find out about our clean energy plans and join us in as little as five minutes.