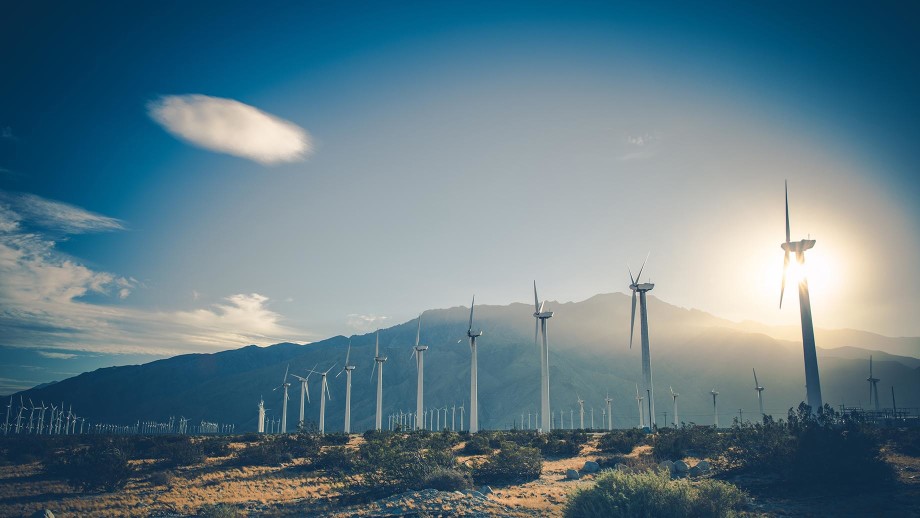 What Are The Main Sources of Energy in California?

California is by far the leading solar market in the US thanks to the numerous days of clear, sunny weather that the Golden State is famous for. It also ranks first in biomass production nationwide and harnesses high quantities of geothermal energy. It even has several wind farms – pair all this with their forward-thinking environmental policies, and it’s no surprise that California is in the #2 spot on the list of US states that produce the most renewable energy (Washington holds the #1 spot).

California’s transition from nonrenewables to renewables has been monumental for the US’ overall energy usage. Its policies have worked to challenge other states to decrease their own dependency on fossil fuels like coal, crude oil, and natural gas. It has also provided the rest of the country with huge amounts of energy that is safer, healthier, sustainable, and often cheaper in the long run.

This article will look at the nature of California’s energy usage, how much of that energy is renewable, and why this state lends itself to renewable energy generation.

Most of us know California as being home to sprawling vineyards, Hollywood, Disneyland, and everlasting sun (other than San Francisco, which is known for its fog!). But it’s not just these accolades that the Golden State has to offer: it’s the state’s huge potential for renewable energy generation.

In 2018, coal fueled less than 0.2%1 of the state’s utility-scale electricity generation, and all of that electricity was produced in industrial power plants. This act of promoting renewables has empowered this state to wean itself off energy resources that are less safe and move to those that are environmentally friendly. Fossil fuels are harmful to the environment, and California’s government has recognized the state’s potential for clean energy production just in time.

How much of California's energy is renewable?

In 2015, Governor Jerry Brown signed a climate change bill that encouraged the use of electric cars and public transport. It doubled energy efficiency standards for current buildings and required that California utility companies produce a minimum of 50% of their energy from renewable sources within 15 years of the bill’s signing.

In 2018, renewable energy accounted for 32.35%2 of all of California’s in-state energy generation. This was made up by 3.03% biomass, 5.92% geothermal, 2.18% small-scale hydropower, 13.99% solar, and 7.23% wind energy. The rest of the total electric generation in gigawatt-hours was primarily from coal and large-scale hydropower.

These figures had been steadily increasing since the 2015 climate bill was passed and continued to increase after 2018. As California shifted its dependency away from fossil fuels and toward more energy-efficient resources, electricity demand from non-renewable sources decreased.

Scientists and environmentalists hope that this steady decline will continue in the coming decades and that other states and countries will follow suit in their own energy plans.

Does California use renewable energy?

As a state, California is a big proponent of renewable energy for two primary reasons. The first reason is that the state’s locale is naturally abundant in sunshine and wind. While the wind continues to blow and the sun continues to shine, California will have abundant reserves of renewable energy. California experiences a remarkably varied climate; in 2018, California’s average temperature was the fourth hottest3 in the US in 123 years. This state may be prone to drought, but its rivers and lakes make it an ideal location for generating hydropower.

The second reason California does so well for renewable energy is due to local government initiatives and incentives. California’s Indigenous tribes are often selected by the American Department of Energy (DOE) to receive compensation for the deployment of energy installation projects on tribal lands. In 2018, three Indigenous tribes received funding to install solar panels on the roofs of family homes and at a native-owned fish hatchery in north California.

In addition, the California Solar Initiative provides residents with grants and rebates to encourage them to install solar panels on their rooftops. And if that weren’t enough, California’s 2019 building energy efficiency standards mandated that solar photovoltaic systems be built on all new homes from 2020 onward.

Why does California produce more electricity from geothermal energy than any other state?

In 2019, Californian geothermal energy produced 10,943 gigawatt-hours4 of electricity. California is home to 43 working geothermal power plants with a capacity of 2,730 megawatts.

California lends itself well to geothermal energy generation due to its location on the Pacific's volcanic "Ring of Fire." California is also the site of many tectonic plate conjunctions, making it the state with the greatest geothermal electric generation capacity.

The Geysers Geothermal Resource Area in Lake and Sonoma Counties hosts the largest concentration of geothermal plants. This location just north of San Francisco has been producing electricity using dry steam since the 1960s. This site is one of just two places in the world producing electricity using dry steam. The other is located in a commune in Larderello, central Italy.

What is California’s main source of renewable energy?

Solar power is one of the most commonly used renewable energy sources, alongside wind power. When used for public buildings, solar panels are easily installed and maintained by professionals. Solar power is also reliable in parts of the US that see a lot of sunlight each day, making it a competitive alternative to fossil fuels.

California is generally a very warm place, but it’s also prone to wildfires. Numerous wildfires have destroyed acres of natural land over the last few years. In fact, 2020 was a particularly bad year, with a record-breaking 4,257,863 acres6 burned, 33 human fatalities, and 10,488 structures damaged or destroyed entirely. Some would argue that it is the state’s susceptibility to fires that makes it even more important that California continue stepping up so diligently in its renewable energy usage.

What are the best renewable energy sources in California?

As well as boasting such an impressive yield of solar power, California is also a leader in biomass energy production. At the peak of the biomass industry, California's biomass power plants boasted a total capacity of 800 megawatts of electricity from 66 direct combustion biomass facilities. There are also two notable wood pellet manufacturing facilities in California, producing around 140,000 tons of pellets every year. These wood pellets are primarily made from recycled wood waste and are used for electricity generation and heating.

California’s energy portfolio is impressive, but it doesn’t stop at solar, geothermal, or biomass. This state, while famously sunny, is also home to utility-scale wind farms. In 2019, California ranked fourth of all US states7 for wind energy capacity, just behind Texas, Iowa, and Oklahoma.

California is the world’s sixth-largest economy, and has a gross domestic product of $2.6 trillion, ranking it above the entirety of India. With a population of about 39 million people, California has around the same number of inhabitants as Poland. Its vast population results in an unsurprisingly high amount of energy use.

California has finally begun to lead the US toward clean and sustainable energy use. Wind farms and solar parks are being erected all over the state and country, competing well with established nonrenewable power companies. Households are switching to renewable energy utility providers, and electric cars are selling quickly, driving the price of batteries down.

A renewable lifestyle change has begun, and if the rest of the nation follows in California’s footsteps, we’ll no doubt start to see an improvement in the state of the environment as a whole.

California may be one of the most impressive US states when it comes to sustainable energy, setting the bar extremely high for the rest of the nation. But it’s not just California that promotes sustainable energy; you can avail of the country’s supply, too!

If you’re considering your energy usage options and want to switch to a utility company that provides you with access to renewable energy, then look no further.

At Inspire Clean Energy, we are truly passionate about providing our members with sustainable, renewable energy at a flat monthly price. You can sign up in just a few minutes, receive a flat monthly price based on your past energy usage, and we’ll contact your current energy provider for you so you don’t experience any service interruptions. It’s as easy as that!

Click here to find out more and make the switch today.