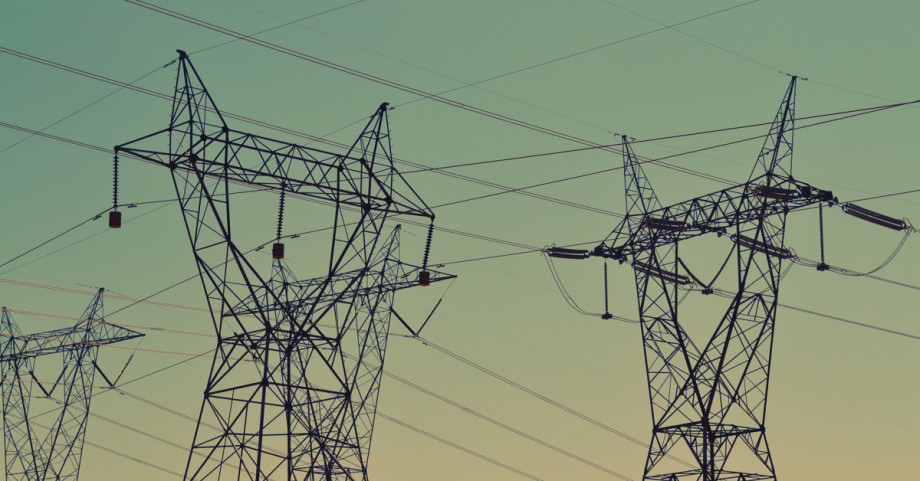 What you need to know as a consumer

Ever wonder why your utility bill changes so much? Just who decides how much a kilowatt hour is worth? The energy market can be vast and confusing, but there's a few basic things to know that can help you understand just what makes the energy market so different from any other market.

What is a power market?

A regulated market means that utilities control the electricity, from generation to transmission and distribution to the consumer. In a competitive market, the market is run by independent system operators, or ISOs. This allows independent producers of power and non-utility generators to trade electricity, but it is unlikely that they will own resources for either generation or transmission. It is a retail market.

One with the Grid

Every source of energy – whether that be from natural gas, oil, coal, wind, or solar – ends back up in the grid.

Unless you live off the grid completely, your house, apartment, or business office is using energy that is sent out along the grid network of poles, wires, cables, and pipes. Meters attached to each unit capture how much energy is being consumed every month. Employees from the utility company read this information and calculate the total kilowatt hours for the billing period.

As the customer, you get charged for those kilowatt hours (denoted as kWh) depending on the current rate. For instance, if the utility or energy provider is charging 20 cents per kilowatt hour and your total kilowatt hours (how many kilowatts you consumed per hour) for the monthly billing period is 900, then your monthly bill will be $180.00 (excluding service and maintenance fees that the utility provider charges).

Unfortunately, it's often not as straightforward as that. Like any market, rates will change, and often multiple times with one billing cycle. This is why your monthly electricity or gas bill is always different each month, even during times of the year where demand is always high. As a whole, the energy market is one of the most volatile ones out there.

How big is the global power market?

How many power markets are there?

There are approximately 90 countries and entities that significantly contribute to the global power market.

How big is the US power market?

The US Energy Information Administration states that there are over 7,300 power plants within the US power grid, which work using millions of miles of power lines to supply 145 million consumers across the US. In 2018, the power industry earned a revenue of around 406.5 billion US dollars.

How does the US electricity market work?

In the US, the way in which electricity is traded depends on the region of the country. A lot of cities, such as Austin (TX), Los Angeles (CA), and Nashville (TN), are supplied by utilities that are municipally-owned, and some rural locations are supplied by rural cooperatives that are customer-owned. However, most consumers are supplied electricity by investor owned utilities which can be either regulated or deregulated.

The way they are regulated determines how both retail and wholesale prices are set and how power plants are obtained.

How do power plants sell electricity?

Why Do Prices Fluctuate so Much?

There are a number of things that can affect the kWh rates.

Like with any product, demand and supply is the underlying driver of prices. However, unlike a normal market, the energy market's supply is always transient. Because there isn't a consistently reliable way to store the energy that is being generated, it has to be used right away. It goes directly from the source to the customers and then is gone. Used up. This applies more specifically to electricity supply than things like gas, which can be stored better than electricity can.

Think about other resources like food. When harvest time comes, farms can store the excess grain and produce into silos or cold storage to be used when the supply starts to run low in the late winter. This means that prices will remain relatively stable. Unfortunately, the energy market has no equivalent for silos or cold storage. There are batteries, but they can only store so much, and their capacity to store high volumes of power degrades rapidly after each discharge.

So, when there is a higher demand for a supply that can't be stored, energy has to be generated at a much faster rate to make up the difference. They can't dip back into reserves to help supplement the load. The result? A higher electricity bill in September after a month of putting the AC on full blast because of the long hot days.

How to Stop Fluctuating Energy Prices

When you sign up with Inspire, we guarantee to give you a monthly flat rate, with no unpredictable fluctuations in energy prices. Not only will your energy prices be consistent with no nasty surprises, but you will also be supporting the use of clean energy sources and helping in the fight against climate change. Energy doesn’t get much better than that! Click below to start your clean energy journey.

How much of the energy market is powered by clean energy?

If you are an Inspire customer - 100% of the energy you use is offset with clean, renewable energy!

Other Factors that Affect Rates

A lack of consistent storage isn’t the only thing that affects market rates.

Some of the others include:

How many power grids are there?

This power grid structure ensures that the grid is reliable as there are many ways in which power can flow and generators are not overstretched, resulting in prevention of power failures.

Who owns the electric grid and energy market?

The electric grid and energy market is owned by a mix of entities who are responsible for processes including generation, transmission, and distribution of electricity.

The grid itself is run by both operators of generators and transmission owners, but the most critical operators are the ISOs. These independent system operators monitor the systems, transmit and direct the power, and put emergency procedures in place. There are also Reliability Coordinators who ensure that the power systems, and their operators, are up to standard.

What solutions are available to customers?

The good news is that the main problem driving a volatile market can eventually be solved as technology gets better.

Already, grants given to places like MIT are being put to use in order to develop better battery technology1 that can be used in industrial-sized storage needs. The bad news is, the customer that still needs to use energy and pay a monthly bill probably won’t be seeing the payoffs of those improving technologies for quite some time.

There are a few other ways to help ease the strain of a volatile market on the consumer, however:

Though the energy market is a volatile one, steps are being made to ease the strain on people who have no choice but to use energy in their daily lives. Since we’re all connected to one grid, it’s all in our best interests to try to make that part of living a whole lot easier.

Inspire is all about disrupting the energy market to better improve the lives of regular people. See how to easy it is to switch to wind power and free yourself from the stress of a volatile energy market.