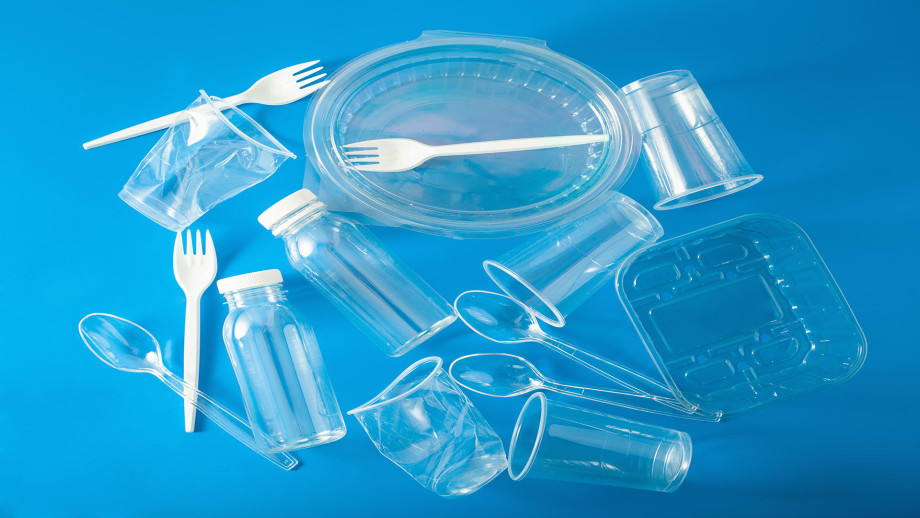 Learn the sources and harmful effects of microplastic pollution.

What are microplastics and why are they a problem?

Microplastics are small pieces of plastic found in lakes, rivers, and oceans that slowly have become a massive problem for marine environments, aquatic life and other ecosystems1.

Marine life often mistakes microplastics as food (think: kelp or shrimp), and then toxic chemicals get dispersed into their bloodstreams, muscle and skin tissue when they ingest the plastic. The more they feed on the microplastics, the more concentrated these chemicals become in their blood cells and tissues. When one marine animal ingests another, say a seal eating a fish, then the seal will take on those toxic chemicals as well. A ripple effect is created throughout the entire food chain and brings harmful consequences to every marine animal in the ecosystem. The ripple effect goes beyond the marine ecosystem, as fish and seafood can make up a significant portion of a human's diet. As humans consume fish and seafood, those toxic chemicals in microplastics will eventually make it into our bodies.

Ultimately, people are concerned about microplastics because they are not biodegradable. Once they enter into an ecosystem, they can and will have some long-term and foreseeable future effects. With something that has such a long-reaching influence, we must understand the potential negative consequences such as neurological and reproductive toxicity, which can have a long-lasting effect that scientists are only beginning to understand2.

What are microplastics found in?

But where do microplastics originate? Plastic waste. Many of the everyday products we use, like water bottles, food packaging, furniture, cooking and eating utensils, are made from plastic. It's become abundant in everything we use and consume. When plastic ends up in a landfill or is discarded improperly as litter, the plastics eventually become brittle and break down from sun exposure and other elements. When these larger plastic items break down into their smallest form, they can usually be found in pieces smaller than 5-millimeters in length, becoming a microplastic. Once in the microplastic stage, they can quickly move around the environment through the air, waterways, and food chains.

Another form of microplastics is intentionally created to act as additives in many cosmetic and personal care products. These are often referred to as microbeads. Microbeads are found in shampoos, toothpaste, face washes, and cosmetic products like lipsticks. When we use these products, these microbeads end up in our sinks and showers and are washed away into our water and sewage systems. Since they never fully decompose, they will eventually find their way into our lakes, rivers and oceans. Many companies have become aware of how microbeads can harm the environment and have pledged to use alternatives, but many products still use microbeads today3.

What are examples of microplastics?

As mentioned before, the breakdown of some of the larger plastic products we use comes from our everyday products. They also can come in the form of microbeads or plastic fibers used in synthetic textiles. Synthetic threads often are used in clothing that contains nylon, acrylic, and polyester. The larger plastic items we use like straws, grocery bags, and water bottles make up a large portion of the plastic waste that can eventually deteriorate into microplastics. Although they can decline to small pieces, they never quite decompose, and they remain in our environment for hundreds of years.

Are microplastics harmful to humans?

Although little is known about microplastics' harmful effects on humans, some evidence suggests microplastic exposure leads to negative health consequences. When humans are exposed to microplastics, either through ingestion, inhalation, or contact with their skin, some evidence suggests that some level of toxicity occurs. Toxicity from microplastics can lead to metabolic disturbances, neurotoxicity, and an increased risk of cancer. The toxicity can occur from oxidative stress, inflammatory lesions, and/or translocation. Additionally, microplastics can act as an absorbent when it comes into contact with other chemical compounds. Therefore whatever other toxic chemicals the plastic has been exposed to could potentially end up in the human body through consumer products, food and drinking water, and through the air we breathe4.

What happens if you eat microplastics?

Microplastics have been found in many of the food products we consume daily, especially in our seafood. Some research has shown up to 300 microplastic fibers per pound of honey and 109 microplastic fragments per liter of beer. Additionally, even higher concentrations are in our seafood supply. For example, mussels and oysters harvested for human consumption found nearly 0.47 microplastic particles per gram. So, with all this evidence of microplastics in our food, what happens when you eat microplastics?

Essentially, when you ingest microplastics, the chemicals that comprise the particles can enter into the bloodstream and spread to the liver, kidneys, intestines and even the brain. The effects of this exposure to these chemicals in these vital organs are still being studied. However, there is some evidence that these chemicals can create oxidative stress molecules in these organs. Chemicals like phthalates, which are used to give plastic flexibility, have been linked to increased growth in breast cancer cells in a laboratory setting. Bisphenol A, common in plastic packaging and food storage containers, has shown that it can interfere with reproductive hormones5.

Do microplastics stay in the body?

Yes, microplastics do stay in the body after being consumed. They either break down slowly over a long period, or they never break down, and they remain in our bodies long after we have passed away6.

Where are microplastics found?

Microplastics are in the food we eat, the water we drink, and even the air we breathe. Microplastics come from the plastic items we use daily, like water bottles, plastic straws, and plastic grocery bags. There has been mounting evidence that the amount of microplastics in our lakes, rivers, and oceans continues to increase and that their presence can bring potential harm to the environment.

How long do microplastics last?

Microplastics, unfortunately, do not easily break down or decompose. It's estimated that the average microplastic can take anywhere from 450 to 1,000 years to decompose fully7.

What percent of the plastic in the ocean are microplastics?

After new research conducted by the Commonwealth Industrial and Scientific Organisation (CSIRO), Australia’s national science agency, researchers believe there may be 14.4 million tons of microplastics at the bottom of the ocean. This enormous figure is more than 25 times larger than what was previously thought. It has been noted that there is more than twice the amount of microplastics in the sea floor’s sediment than on the surface of the ocean8.

What is the biggest source of microplastics?

Can we get rid of microplastics?

To get started, visit our homepage and enter your address and/or ZIP Code. Discover the beginning of consistent and predictable monthly energy bills when you become an Inspire member.