What Are the Long Term Effects of Global Warming? 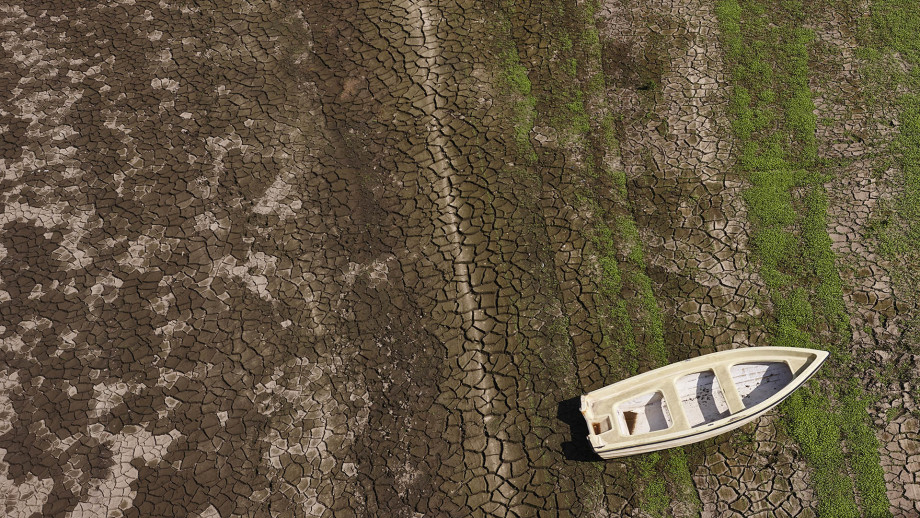 What are the long-term effects of global warming?

The long-term effects of global warming are already beginning to be made apparent through the melting of glacier ice in many areas of the world. Glacier ice is retreating faster than ever recorded. Several models show some of the world’s most famous glaciers, like Patagonia’s Perito Moreno, for example, eventually disappearing from the Earth’s surface for good. The complete eradication of glaciers from the Earth’s surface would have devastating effects on many of the Earth’s ecosystems that depend on glaciers as a source of irrigation and fresh drinking water1.

The United States Geological Survey has published its predictions for some of the long-term effects that global warming may cause in each region of the world.

Africa: The region of greater Africa is predicted to experience water stress and a decrease in agricultural production, leading to decreased food access.The water stress could lead to a 50% reduction in agricultural yields in rain-fed farm regions. These effects will be felt by an estimated 75 to 250-million people.
Asia: The region of Asia will see increased coastal flooding and an increase in death and disease from erratic climate patterns that come from floods and prolonged droughts. Freshwater availability is expected to decrease in Central, South, East, and Southeast Asia by the middle of the century.
Europe: The region of Europe will undergo continued glacier retreat and an overall reduction in snow cover and winter tourism. Southern Europe could face a decrease in crop productivity and an increase in coastal flooding from sea-level rise. Inland Europe faces an increased risk of flash flooding and soil erosion.
Latin America: The Amazon region could undergo a transition from tropical forest to savannah, leading to a significant loss of biodiversity and the extinction of many species of animals. Further depletion of the glacier ice pack could reduce drinking water and water for agriculture and energy generation.
North America: North America will feel an increase in the frequency and duration of severe storms and severe heat. Decreasing snowpack in the western mountains may lead to an actual rise in yields from rain-fed agriculture regions.

The long-term effects of global warming are not limited to this list of regional predictions published by the United States Geological Survey. Overall, many regions in the world could continue to experience droughts and increases in temperature.

Why is global warming long-term?

Global warming is long-term because the effects of global warming will continue to shape our planet’s climate long into the future. Climate change is a significant variation of average weather conditions over several decades or more. The effective long-term change in the environment is partially induced by the warming or gradual increase of earth's surface temperatures.

What is causing climate change?

When it comes to the causes of climate change, we have to examine both the natural causes and the human causes. Both are prevalent, and both have a direct impact on the changing of our world’s climate.

Scientists have been able to track the different phases of warming and cooling on our planet back thousands of years. They have identified that natural forces contribute to the change of climate on the Earth. Natural forces like the sun’s intensity, naturally occurring changes in the Earth’s greenhouse gas concentrations, and volcanic eruptions. These natural forces have altered the Earth’s climate as far back as scientists can tell. However, it is generally accepted that the warming phase we are currently in is accelerating at a rate much faster than other warming phases the Earth has experienced. The reason for this acceleration is the human cause of climate change2.

The acceleration of the Earth’s warming phase can be attributed to the greenhouse gases we generate. Greenhouse gases are also naturally occurring, and they are responsible for keeping the planet warm enough to sustain life. However, the amount of these gases in our atmosphere currently has increased to an extremely high level. The gases that are of primary concern are carbon dioxide, methane, and nitrous oxides3.

Normally, the Earth releases energy to cool itself. When the Earth absorbs the sun’s energy and then releases it to cool, but that energy is prevented from leaving the Earth due to atmospheric gases, earth will begin to warm. The warming of the planet then causes regional and world climates to change in various ways in response to the warmer temperatures.

How will climate change affect us?

Climate change will and does affect every aspect of our planet. From increased wildfires, floods, hurricanes, and tornadoes to increases in waterborne illnesses, poor air quality, and rodent transmitted disease; climate change creates long-term changes in our weather. If you are looking at how climate change directly affects human health, we can identify the impact of extreme weather events on humans.

Who is most affected by climate change?

The most affected by climate change are developing countries—places where widespread poverty and unstable governments are the most poorly equipped to handle and prevent environmental threats4.

How can we reduce climate change?

There are many small steps that we can take as individuals that will help reduce our contributions to climate change. It should be stressed that the largest contributors to climate change are large corporations and governments who like to shift the blame to the individuals to detract from the focus being on their need to change as well.

That said, every little bit helps, so what can we as individuals do to combat climate change?

These are just a few examples of the many ways you can help combat climate change through individual action.

What are the major challenges of climate change?

The major challenges of climate change that are difficult to combat include CO2 being a global pollutant that cannot be locally contained and controlled. When CO2 is released into the atmosphere, it does not matter where it comes from, it has an impact on the entire globe. This makes it difficult to pinpoint exact sources that could be shut down or altered to contain the CO2 where it is created.

Last, developing countries are a big part of the problem as well. It is challenging to ask poorer countries who need every bit of industry to make sure their population survives and make immense sacrifices to curb climate change5.

What is the biggest contributor to climate change?

Which energy does the longest term damage to the environment?

The most harmful energy sources that do the longest term damage to the environment are fossil fuel, biomass, and waste-burning power plants. These plants generate electricity by burning fossil fuels like coal, natural gas, petroleum, burning plant mass, or burning garbage7.

The burning of all these substances directly creates the greenhouse gases that are causing climate change and heating the Earth’s atmosphere.

Global warming is here to stay since we cannot stop it at any given time. However, there are ways we can slow or reverse global warming if we choose to. It’s believed that if we stopped trapping gases today, temperatures could rise for the next few decades. Eventually, the temperature would probably stabilize, and excess carbon dioxide could be removed from the atmosphere8.

What is the most environmentally friendly energy source?

The most environmentally friendly energy source is hydroelectricity. Hydro does still have some negative impacts on the environment, including disrupting river ecosystems, but it still has the lowest carbon footprint compared to every other energy source available9.

As contributing members of society, we should try to reduce our carbon footprint in any way possible. While some actions may take a consistent effort, there is one that only requires a one-time effort — switching to a provider that offers clean energy. As an Inspire member, you can access clean energy for one flat price.

To get started, visit the our homepage and enter your address and/or ZIP Code. Discover the beginning of consistent and predictable monthly energy bills when you become a member with us.