What Does Climate-Positive Mean? 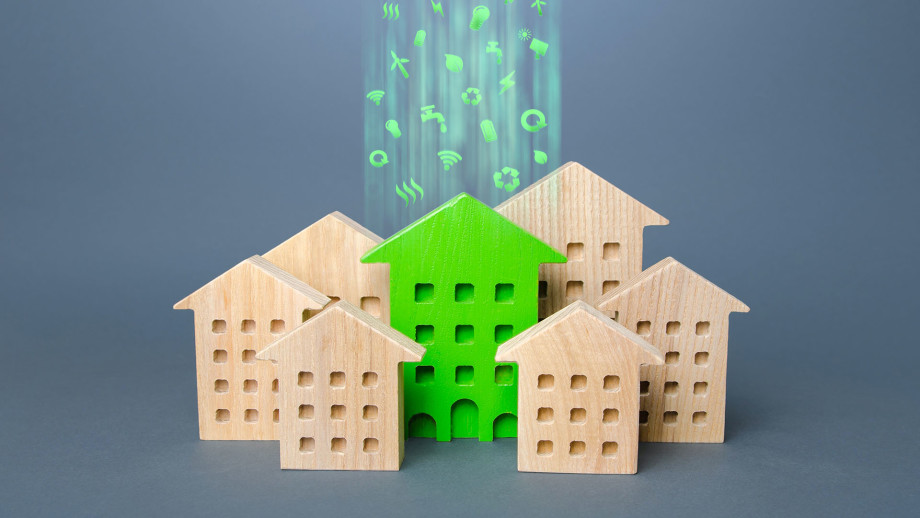 Learn about greenhouse gas emissions and what it takes to be climate-positive.

What is the definition of climate-positive?

In the most basic terms, climate positive means rather than remaining carbon neutral, you go even further by actually removing more greenhouse gases from the atmosphere than you create. There are two main approaches to becoming a climate-positive entity, whether a corporation or an individual, a product manufactured by a company or used by an individual. First, there is carbon offsetting. Carbon offsetting is when initiatives are implemented that remove carbon dioxide and other greenhouse gases from the atmosphere. When done to a scale that the amount of greenhouse gasses being removed is more than what is created by a particular entity or product, climate positivity can be achieved. The other way positive climate action can be taken is to help other businesses and individuals reduce their carbon footprints. This can be done by manufacturing and providing low-carbon products to help customers reduce their carbon footprints, by assisting suppliers in reducing their emissions which can help reduce the emissions of every participant within a specific supply chain, and by ensuring products can be reused or recycled1.

What does it mean to be carbon neutral?

If a corporation, individual, or a product is carbon neutral, that means that the amount of carbon dioxide emissions that are put into the atmosphere by the corporation, by the individual, or by the manufacturing and/or use of a particular product is equal to the amount of carbon dioxide it removes from the atmosphere. Carbon-neutral means precisely what it says: zero emissions are being added to the atmosphere either because carbon-reduction projects implemented by the entity offset the emissions created2.

Some examples of carbon offsetting projects that corporations or individuals can use to maintain a carbon-neutral footprint include the following. For corporations, they can invest in large-scale renewable energy projects, implement energy efficiency upgrades to their buildings, machinery, vehicles, electronic and IT equipment, and make considerable donations to carbon offsetting organizations and programs. For the individual, if they live in a state where they can choose their energy providers, they can choose to only purchase energy from energy companies committed to using and expanding renewable energy sources. Additionally, they can donate to or volunteer for carbon offsetting organizations, plant trees, install solar panels on their home, install energy-efficient appliances, and/or choose to drive an electric vehicle or ride a bicycle for their commutes3.

What does it mean to be carbon negative?

Carbon negative entities and actions can help offset some of the damage that the larger carbon producers in the world are still creating daily. As carbon-negative companies are few and far between, for example, Microsoft and IKEA plan to go carbon-negative. However, not until 2030, some carbon-negative actions are either in use or are in development.

There are carbon-negative actions that include nature-based solutions, new carbon-negative technologies, and natural process enhancements that all can be implemented to help remove carbon dioxide from the atmosphere. Some new carbon-negative technologies include carbon capture and storage technologies. The faster these technologies can be developed and implemented, the sooner these technologies could make a difference in helping reduce the total amount of CO2 in the atmosphere. Nature-based solutions could reduce deforestation and actively reforest and seed new areas with trees and vegetation. When it comes to natural process enhancements, proactive land management tools and techniques could store incredible amounts of CO2 each year. One example is how seaweed can permanently remove carbon dioxide from the atmosphere by turning it into ocean sediments. The increase of seaweed farming may be one natural process enhancement that could reduce CO2 in the atmosphere and be a food supply for many populations worldwide. Seaweed is an excellent source of vitamin K, various B vitamins, and zinc and iron. It is also a potent antioxidant. As carbon-neutral entities are somewhat helpful to the global warming and climate change caused by CO2, carbon-negative action is what will truly make a difference in the long run4.

Some people may confuse the terms net zero emissions with zero emissions. However, net-zero emissions mean that an entity is still creating CO2 and releasing it into the atmosphere. Still, thanks to carbon offsetting initiatives, the amount of carbon dioxide being produced is simultaneously being removed from the atmosphere, making it net zero. Or carbon neutral. Zero emissions mean absolutely zero emissions being created and released into the atmosphere. When it comes to net-zero emissions, even the most significant culprits, like power plants that burn fossil fuels, could technically become net-zero if they either contain carbon capture and storage technologies or maintain enough carbon offsetting initiatives. When it comes to zero emissions, it is important to remember that even though renewable energy sources like wind, solar, and hydro do not emit emissions when they are in operation, the process of creating and constructing those facilities can create a large amount of emissions.

How can a business be climate positive?

A business can take a few steps if they are looking to take on the ambitious task of making their company 100 percent climate positive. The first step is to create a positive climate council within your organization and assign a leader. The leader and council will be in charge of developing strategies and implementing policy to become climate positive. Next, a complete assessment will need to be done to calculate how large your company's carbon footprint is. Outside organizations specialize in this and can be brought in on a contractual basis to complete the assessment. When you have quantified your organization's carbon footprint, the next step is to create partnerships with companies that specialize in meeting carbon offsetting action on your behalf to offset your carbon footprint. This could be a company specializing in reforestation, environmental conservation, or renewable energy projects. Last, if your organization has offices and facilities in states where you can choose your energy providers, make the transition to an energy provider committed to using renewable energy sources to generate its power5.

What is an example of a large business being climate positive?

As many businesses and corporations have made their goals and ideas public about turning their company into a carbon-neutral entity, IKEA is an example of a company taking it one step further. IKEA has announced an ambitious initiative to turn the entire corporation and its various components climate positive by 2030. From production to product transport, from raw material procurement to the products they create and how they are used at home, IKEA is examining their company under a microscope to meet this goal. The main components of their approach to achieving this goal are drastically reducing greenhouse gas emissions, helping remove and store carbon through forestry, agriculture, and products, and taking their influence into the global arena by supporting legislation and advocating for positive climate action around the world6.

What is climate-positive design?

Climate-positive design is designing everything within the built environment to be climate positive. Everything from creating new buildings, landscaping projects, homes, infrastructure and more, should all be designed to capture more carbon dioxide than it emits. The climate-positive design challenge is a call to action for landscape architects, cities, property owners, developers, and associated professionals around the globe to reduce carbon footprints and enhance ways of capturing carbon from the atmosphere to make all new constructions climate-positive7.

What are the targets for the climate-positive design challenge?

For the climate-positive design challenge, there are two targets. The first target is to have all landscape architecture projects in the future capture more carbon dioxide than they emit by 2030. The second target is to remove one gigaton of CO2 from the atmosphere by 2050 solely through the efforts of the design challenge.

What is the importance of being climate positive?

The importance of positive climate initiatives is to proactively reduce carbon dioxide and other greenhouse gas emissions from the earth's atmosphere. As individuals or organizations, we must create and implement strategies that will slow the devastating effects of climate change. Time is of the essence, and we need to do all we can to spread awareness and encourage innovation.

We are all held accountable for the fate of our planet. We should do our best to minimize our carbon footprint and help future generations. Luckily, it's never been easier to reduce your carbon emissions and make a positive impact on the planet. Switching your energy supply to Inspire doesn't require much planning, money, or time. Start now – the earth will thank you.