What Is Biomass Energy? 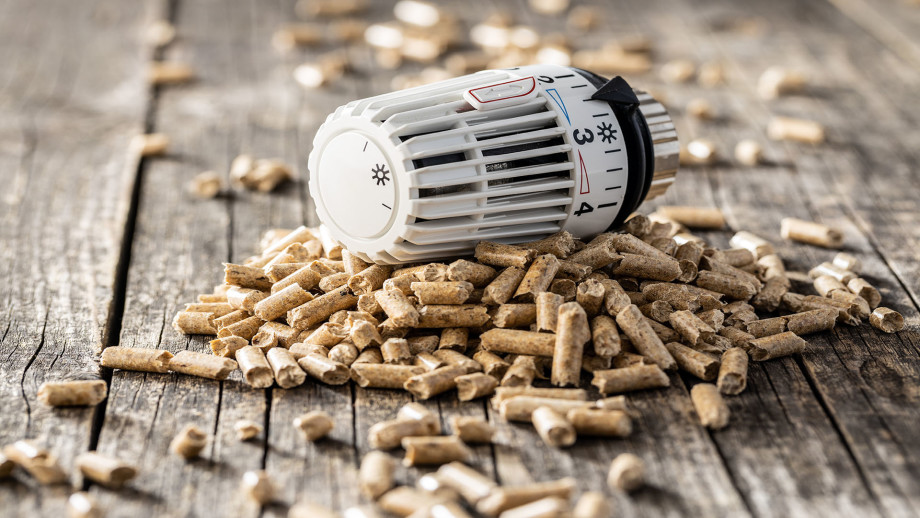 Learn how biomass energy is produced and how it's used today.

What is biomass energy?

Biomass energy produces heat and/or electricity by incinerating organic material that comes from either plants or animals. The organic material from animals consists of manure from cows, horses or chickens. And many indigenous populations in the Andes mountain range of South America collect waste from their llamas and alpacas. Once it's collected, it is dried into a petrified state, then incinerated to heat their homes, boil water and cook food. In other parts of the world, the same process may occur. For organic plant material, the process of incineration is the same. Organic plant material, once dried, can become a fuel used to generate energy in the form of heat1.

For many parts of the developing world, burning organic plant material to generate heat for daily life is still common. In the developed world, biomass was the primary source of energy until the mid-to-late 1800s. Now, biomass energy is produced through the incineration of human waste, like garbage. Many municipalities in the United States may have their biomass plants to help create the electricity needed to meet the energy demands of their citizens. Biomass energy plants are also used with other renewable energy sources to help produce electricity at the main facility. For example, a wind farm may work with a biomass power plant to produce electricity when the wind is either too slow or too high to run the wind turbines.

What is used to create biomass energy?

Different types of organic plant material can be used for biomass energy production through photosynthesis. When the plants are alive, they harness the power of the sun to give themselves life. When they die, that energy remains within the plant until it's burned. For example, if a tree is turned to firewood and then burned to heat a home, the tree's original energy absorbed through photosynthesis is released through combustion to heat the house.

Here are some of the examples of the different types of plant organic material commonly used to produce biomass energy:

Is biomass a renewable source of energy?

Yes, biomass energy is considered renewable. The main reason biomass can be viewed as a renewable energy source is because there is a constant supply of material to burn. In another sense, biomass energy is seen as renewable because the energy source that creates organic plant material comes from the sun. Biomass energy sources also can be grown or produced in a relatively short amount of time. When you compare that to the time it takes the Earth to have sources of fossil fuels, the planet can produce biomass resources as fast as it uses them. Not only is biomass energy renewable, but it could also be considered carbon-neutral. If trees can be planted as quickly as they are burned to produce biomass energy, the carbon dioxide produced during combustion will be absorbed by the living trees, forming a continuous cycle2.

What are some examples of biomass energy?

Biomass energy can come in many forms, like human and animal waste or organic plant material. Different types of organic plant material include firewood, wood pellets, wood chips, lumber and the waste produced from sawmills and paper mills. Additionally, crops like corn, soybeans, sugar cane, switchgrass and algae can be used in one form or another to produce biomass energy.

How does biomass energy work?

This is an example of one of the more complicated processes of biomass energy production. A more straightforward example is simply burning wood in a wood stove to heat the interior of a home in the winter. Either way, biomass is a dependable source of energy that is both renewable and carbon-neutral.

What are the advantages of biomass energy?

Biomass is a unique form of energy production; however, it is not new technology having been around since the beginning of humanity. Here are some of the main advantages of using biomass in its modern form to produce energy4:

There are other advantages to using biomass energy, these are simply some of the most impactful benefits worth discussing.

What are the disadvantages of biomass energy?

Every type of energy source is going to have its advantages and disadvantages. Despite its drawbacks, the benefits overwhelmingly outweigh the negatives.

How much energy is produced by biomass?

Biomass is used across many sectors of the economy in the United States. You can see biomass energy used in the industrial, transportation, residential, commercial, and electricity generation sectors. In 2020, approximately 4.9% of energy consumption in the U.S. could be attributed to biomass energy.

How efficient is biomass energy?

In general, biomass used for traditional uses like heating homes and cooking food may be considered an inefficient use of resources. However, it is through biomass facilities and power plants that combustion is much more efficient. For biomass to be highly efficient, it can be used alongside other forms of energy production, known as co-firing, which is done by adding biomass material as a partial substitute for fuel in highly efficient coal boilers, which helps decrease harmful emissions5.

Is biomass energy sustainable for the future?

Yes, biomass energy is sustainable for the future; however, it cannot be solely relied upon to meet the entire planet's energy needs. Biomass energy is used with other renewable energy sources like wind, solar, and hydroelectric energy to provide energy in the power grid. Biomass is a part of the future of our planet as we move away from fossil fuels and toward a future of clean and sustainable energy.

If you’re looking for a quick and easy way to make an impact, sign up for a 100% clean energy supply plan for your home. Switching to Inspire doesn't require much planning, money or time. Start now – the planet will thank you.