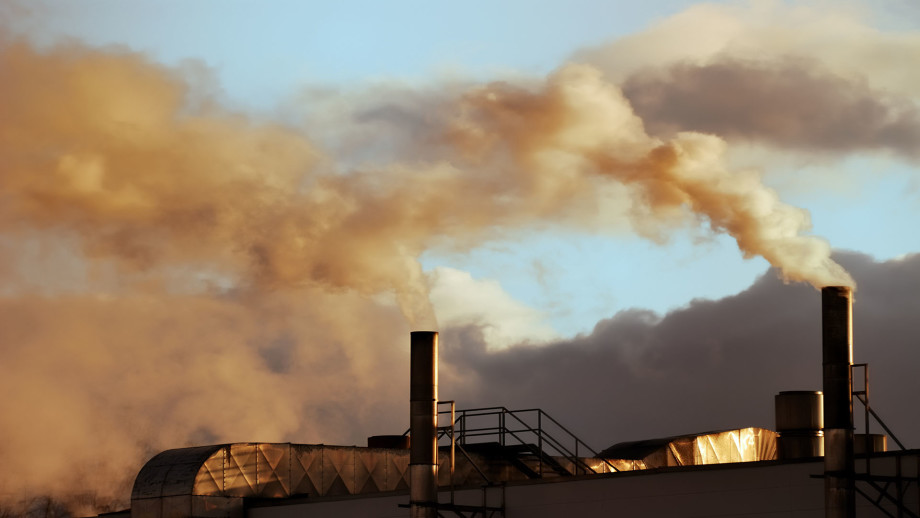 Learn about C02e and why it’s important in understanding carbon emissions.

CO2e is the abbreviation for 'carbon dioxide equivalent.' CO2e is used to measure and compare emissions from greenhouse gases based on how severely they contribute to global warming. Metrics for CO2e would show how much a particular gas would contribute to global warming if it were carbon dioxide. The metric is typically measured in millions of metric tons. Gases like methane, nitrous oxide, ozone and water vapor are partly to blame for rising temperatures and climate change. Rising temperatures have contributed to many different environmental tragedies. As we try to cut carbon emissions and convert from fossil fuels to clean energy, renewable energy, we need a way to measure our progress. By using CO2e to track the number of greenhouse gases in the atmosphere, we can better understand whether we are moving towards reducing carbon emissions or continuing to contribute to climate change1.

What does CO2e measure?

There are plenty of natural and unnatural greenhouse gases that contribute to global warming. The purpose of the naturally occurring gases is to regulate global surface temperatures by sealing in a portion of the sun's energy. Much of the sun's energy is sent back out into space; however, greenhouses keep some energy to warm the earth. If we did not have these types of naturally occurring gases in the atmosphere, the temperature on the planet would plummet. Concern arises when these gases are abundant, making the carbon cycle unbalanced. This unbalance in the carbon cycle is what we are experiencing now. Because of greenhouse gases created by society, gases like carbon and methane have disrupted the earth's carbon cycle.

Our planet is trapping too much energy, leading to rising temperatures. Scientists then use CO2e to create a standardized metric that allows us to see how much non-carbon gases contribute to global warming and climate change. These gases are also important to measure because even though carbon dioxide contributes to approximately 76 percent of all the total greenhouse gas, methane contributes around 16 percent, nitrous oxide contributes close to six percent, and all other synthetic gases contribute about two percent2.

What is the difference between CO2 and CO2e?

The difference between CO2 and CO2e is that CO2 stands for carbon dioxide, where CO2e is a unit used to measure how all greenhouse gases contribute to rising temperatures and climate change. Carbon is not the only culprit contributing to climate change, so scientists created CO2e to make it easier to measure how all the different gases contribute to global warming. It is crucial to keep accurate statistics on all greenhouse gases because each one still makes a significant impact on the planet. However, carbon dioxide is the most impactful due to its abundance. There may be less methane, nitrous oxide, and other greenhouse gases, but they tend to be more dense and harmful.

What gases are included in CO2e?

The main gases measured using the CO2e include the following:

These gases are responsible for contributing to global warming and climate change. Although some are more harmful to the environment, they all increase global surface temperatures.

Why is CO2e being used?

CO2e is used to create a standardized metric so scientists can measure all the different gases in a straightforward unit. The unit measures how much greenhouse gases are contributing to global warming.

What does MTCO2e mean?

MTCO2e is a unit of measurement that means a metric tonne of carbon dioxide equivalent. A metric tonne is equal to 1,000 kilos or 2,205 pounds. The MTCO2e is then used to compare the different greenhouse gases to quantify their impact on the environment and global warming3.

What is the difference between carbon dioxide and carbon emissions?

What is the greenhouse effect?

The greenhouse effect is a naturally occurring process that helps make the planet habitable. Without it, the earth's temperature would be so cold that life could not exist for humans, plants and animals. The process essentially traps the sun's heat and energy within the earth's atmosphere with gases. The burning of coal and oil can contribute heavily to carbon dioxide in our atmosphere when it overloads the planet's carbon cycle. As a result, we experience rising temperatures, melting glaciers and increased sea levels. Not only does the burning of fossil fuels accelerate the greenhouse effect, but continued deforestation takes away the planet's way of maintaining a balanced carbon cycle4.

GWP stands for Global Warming Potential. THE GWP is a way to allow for comparisons of how different gases contribute to global warming. How much energy will one ton of gas emissions absorb over a given period compared to one ton of carbon dioxide? Well, the greater the GWP, the more the specific gas will warm the earth over a given period than carbon dioxide. CO2e has a GWP of one because it is the gas that is the base for the measurement

Other GWPs for greenhouse gases are as follows5:

What are the effects of greenhouse gases?

Since the industrial revolution, the amount of CO2 in the atmosphere has increased at alarming rates that have disrupted the earth's carbon cycle, which helps regulate its temperature. When fossil fuels are burned, greenhouse gases are released into the atmosphere creating a layer around the planet trapping the sun's heat and energy. Carbon dioxide is naturally removed from the atmosphere through photosynthesis.

However, when there is an overwhelming amount of carbon dioxide, the trees and plants of the world cannot keep up. This is why the planet continues to see increasing global surface temperatures and warmer oceans. Rising temperatures can produce significant precipitation patterns, increase storms' frequency and intensity, and raise sea levels. Changing precipitation patterns can create flooding or drought-like conditions that increase wildfires. The increase in intensity and frequency of storms can create natural disasters that can cause loss of life and destruction. Rising sea levels can create flooding, displace entire communities, and result in the loss of land6.

While yes, it all sounds very bleak, you can do something to help reduce the amount of greenhouse gases in the air. Switching your home’s energy supply to Inspire doesn’t require much planning, money, or time. Start now – the planet will thank you.