What Is Renewable Hydroelectric Energy? 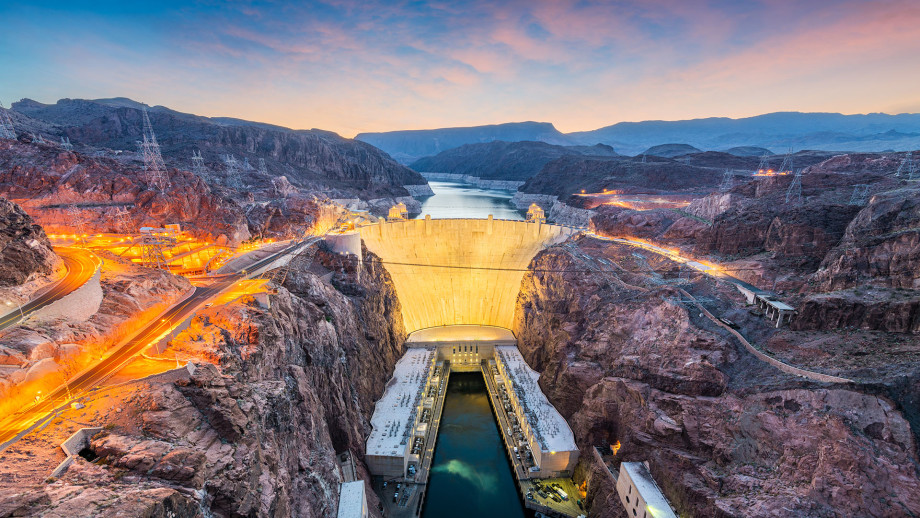 Learn about hydroelectric energy and its capabilities as a renewable energy source.

What is hydroelectric energy?

Hydroelectric energy is the process of generating electricity from water and gravity. Dams are typically constructed on large rivers where elevation drops can generate intense amounts of force. This force then spins the turbines connected to generators, powerhouses and transformers, which supply electricity to the power grid. Hydroelectric energy is one of the largest and most commonly used forms of renewable energy. Notably, the Three Gorges Dam in Hubei, China, can produce over 22,500 megawatts of electricity from a hydroelectric facility located on the Yangtze River. Other notable hydroelectric dams include the Hoover Dam located on the Colorado River in Nevada and the Itaipu Dam on the border of Paraguay and Brazil. Hydroelectric power has proven to be a reliable source of electricity for many populations worldwide1.

Yes, hydroelectric energy is considered a renewable energy source that relies on the rain cycle. The rain cycle is a continuous precipitation process that supplies water to rivers and other bodies of water where hydroelectric facilities exist. Essentially, the sun heats bodies of water, vapors rise into the atmosphere through evaporation. When those vapors decrease in temperature as they rise into the atmosphere, clouds are created. When clouds become dense with water vapor, precipitation forms to create rain and snow. The precipitation collects in bodies of water throughout the planet, and then the cycle starts again. As long as this cycle continues, water will be used at hydroelectric facilities, making hydropower a renewable energy source that the world can depend on2.

Where is hydroelectric energy created?

How is hydroelectric energy created?

Hydroelectric energy is created by using the force of moving water to spin turbines that are connected to generators. Water collected in large reservoirs can be drained to run through the hydroelectric facility. The reservoir needs to be at a higher elevation than the intake, penstock, turbines, and generator to create energy4.

What are the advantages of hydroelectric energy?

There are many advantages to generating hydropower energy. The main advantage is that hydropower is a renewable source of energy. When compared to fossil fuels, hydroelectric energy is a renewable source of energy that is dependable and reliant. Fossil fuels like coal and oil require processes that can be harmful to the planet. Mining, oil extraction and fracking can leave behind environmental devastation that we are only beginning to understand the adverse effects.

Another advantage of hydroelectric energy is its ability to go from dormant to total capacity in a short amount of time. For example, when some areas of the country are experiencing blackouts and power outages due to extreme demand, hydro plants can flip the switch and bring some much-needed relief to the main power grid. This flexibility allows hydroelectric power to be used in emergencies or injunctions with other forms of energy. A hydroelectric facility can be used to assist solar and wind farms when weather conditions cannot generate electricity. For example, if the wind is not cooperating for energy generation, then a dam can compensate for the decreased capacity. The last notable advantage of hydroelectric energy is that it does not create any toxic by-products when it is in use.

The main advantages include the following:

Because of these main advantages, hydroelectric energy has a strong future as we move to be more environmentally conscious for the planet's future.

What are the disadvantages of hydroelectric energy?

If we speak about the many advantages of hydroelectric energy, it is only fair to address the disadvantages as well. The main disadvantages typically concern potential investors is the extremely high cost of building a proper facility. First is the amount of planning, cost, energy and labor it takes to build a dam, and the return on investment can take decades. Another main disadvantage of hydroelectric power is pure geography. You cannot create a hydroelectric facility in just any location. It requires a river, flowing water, a drop in elevation, and most often, they are located far away from cities. The last notable disadvantage is that it can become inoperable if drought conditions are present. So before building a plant, much research has to be completed to ensure that the plant's region will not be affected by erratic weather and long-term drought-like conditions. Additionally, an assessment of plant and wildlife distributions typically requires in-depth analysis.

The main disadvantages of hydroelectric energy include the following5:

Even with these main disadvantages, constructing a hydroelectric facility may bring more upside than downside when building an oil or coal facility.

Yes, hydroelectric energy may be one of the most reliable energy sources currently in use. The U.S. has depended on the contributions of hydroelectric energy for decades. Additionally, hydropower can be used in almost every state in the U.S. In emergencies when power needs to get to the grid immediately, hydro plants are the quickest and easiest way to supply much-needed electricity6.

Yes, hydroelectric energy production is growing. However, some experts are concerned that growth rates are lacking. In 2020, hydropower increased total nationwide capacity by three percent. Internationally, however, hydroelectric power saw a 40 percent increase between 2019 and 2020. Most of this international increase was in China and Brazil7.

Overall, hydroelectricity is environmentally friendly compared to other types of energy production, like burning fossil fuels, as it can help curb the effects of global warming and climate change. The main complaint that some experts have is the disruption of ecosystems. A hydropower facility requires immense constructions that require clearing massive plots of land and a total allocation of the natural flow of a river. This can cause aquatic wildlife to alter migratory patterns and/or lose a life.

Additionally, the construction of a dam can displace entire civilian populations, who tend to be economically dependent on the natural resources the dam is destroying. But the negative consequences of climate change caused by the burning of fossil fuels are arguably displacing a more significant number of people8.

What is the future of hydroelectric energy?

According to the U.S. Department of Energy, hydroelectric energy can provide more than 195,000 people with well-paying employment opportunities. Other advantages of continuing the expansion of hydropower in the U.S. include the reduction of greenhouse gas emissions, the savings associated with reduced healthcare costs from decreasing air pollution, and the potential to support other green energy initiatives by working in tandem with wind and solar facilities. As hydropower technology becomes more advanced, the costs associated with an initial investment in a new facility will decrease9.

Looking to access clean energy made from renewable energy sources for your home? To get started, visit our homepage and enter your address and/or ZIP Code. If Inspire’s clean energy supply plans are available in your area, you can proceed with linking your utility and discover the beginning of consistent and predictable monthly energy bills.