Where in the World is Wind Energy Used the Most? 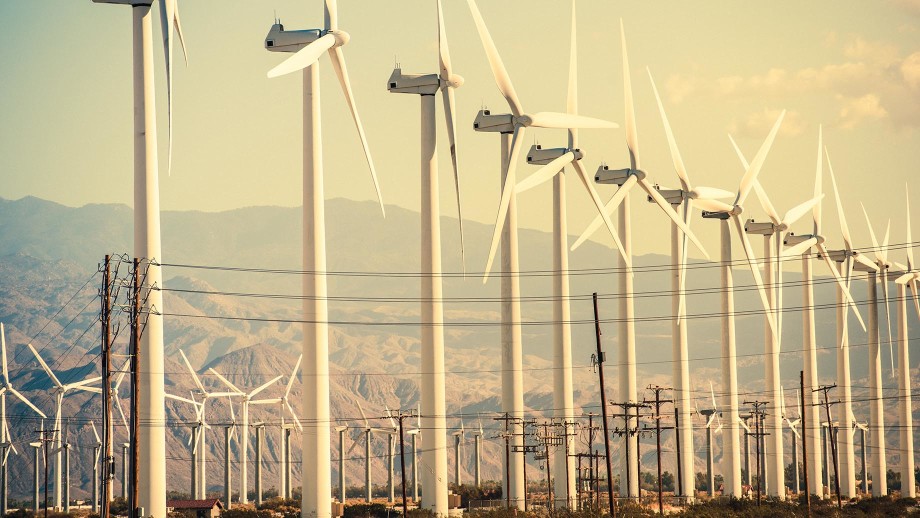 What Countries & States Produce the Most Wind Power?

Wind power has become a prominent energy source in recent years. With government bodies striving to meet net-zero carbon targets, many countries are turning to wind power as a regulated energy source.

Many of us are already familiar with the environmental benefits of wind power: it offsets the release of millions of cars’ worth of CO2 into the atmosphere every year, it does not release greenhouse gases, and it is an entirely renewable energy source. A reduction in fossil fuel dependence is always positive, even if it is minor.

But wind power is an attractive option from an economic perspective, too. Because wind energy doesn’t emit harmful gases, governments could save millions on healthcare spending for those suffering from respiratory illnesses caused by environmental stressors. Wind energy can reduce taxes for towns in the US and boost job growth in rural areas. In fact, Wind Turbine Technician is the fastest-growing job in the country (with Solar Panel Technician at number three!), so the outlook here in the US is positive.

It’s not just growing here in the US, either. In 2016 alone, the wind energy industry contributed €4.9bn in taxes to the EU economy1. This covered corporate income, local, and property taxes. Taxes paid by the wind energy sector have grown by 46% between 2011 and 2016.

Now that we know why wind power is such an attractive energy source, let’s take a look at which countries are using it most.

Where in the world is wind energy used the most?

China is currently the country that uses the most wind energy, representing a third of the global wind energy generation. China is home to the world’s largest onshore wind farm, located in Gansu Province. The site has a capacity to generate 7,965 megawatts of energy, which is five times more than its closest competing wind farm.

Sadly, the farm isn’t even operating at half of its capacity, and the 7,000 wind turbines are not all working the way they should be 2. Low demand and little investment have meant that many of these rows of wind turbines are not being used, causing a huge waste of resources. The managers of the energy companies using power from these turbines believe that only the government can intervene at this point.

Let’s take a look at the top ten countries for wind energy production.

As we now know, China is the world leader when it comes to wind power, though they certainly still have room for improvement!

The United States comes in second, just behind China, with an installed capacity of 74,471 megawatts. The US is making steady progress, though, with its reliance on wind power, and six of the ten biggest onshore wind projects in the world are based in the US. These wind farms include the Alta Wind Energy Centre in California, which is the world’s second-biggest onshore wind farm and boasts a capacity of 1,548 MW.

Germany comes in at number three, which is particularly impressive given how small Germany’s population is compared to America and China (83.02 million people in Germany versus 331 million Americans and 1.394 billion in China).

Germany produces the highest amount of wind power in Europe, adding up to 29% of Europe’s wind energy installations in 2018.

India comes in fourth and is the only country in Asia other than China to make the list. India’s attitude toward wind power is somewhat dissimilar to that of its neighbors and India has pledged to install 60 gigawatts of wind power by 2022.

The fifth is Spain, which is encouraging among a list including the US and China, given Spain’s comparatively low population of just over 46 million. Spain has an installed capacity of around 23 gigawatts, covering 18% of the country's energy supply. Spain has done particularly well, especially considering none of its national onshore or offshore wind farms are among the 20 largest in capacity.

The United Kingdom is next, with an approximate capacity of 20.7 gigawatts. As a relatively small country with access to oceans from all sides of the country, the UK is home to six of the ten highest-capacity offshore wind farms globally.

France has made a concerted effort to move away from nuclear power and toward renewables. Unfortunately, there is a historic dislike of wind farms in France, with large numbers of people protesting out of fear that these wind farms would ruin the landscape.

Brazil’s wind capacity is 14.5 gigawatts, which continues to grow by almost 9% every year, and is already the largest in South America. Wind energy accounts for around 8% of Brazil’s total energy capacity of 162.5 GW.

The US’s northern neighbor is ninth, with a renewable energy capacity of nearly 13 gigawatts, much of which was installed in 2018. Ontario produces the most wind power, with more than 5 GW installed. Canada’s biggest wind project is the Rivière-du-Moulin farm in Quebec, which has a total energy production of 300 MW.

Italy is tenth on the list and has a capacity of 10.33 gigawatts. Most of Italy’s wind farms are located in the south, and they are currently investing $840 million to build the Mediterranean’s first floating wind farm.

Which state in the US uses the most wind energy?

Surprisingly, the largest producer of wind energy is the oil state: Texas. Texas produces over 28,000 MW, which is enough wind energy to power over six million homes.

Which state has the most wind turbines?

Since Texas generates more than double the wind power of the state in second place, it’s no surprise that it also has the most turbines.

Here are the top ten US states for wind power generation.

As we learned above, Texas tops the list as the biggest producer and user of wind energy in the US.

It is not surprising that a windy state like Oklahoma is in the top three of this list. Oklahoma’s estimated wind energy capacity is 8,172 MW.

Kansas has almost 3,000 wind turbines generating 6,128 MW. In 2009, the sunflower state signed the renewable portfolio standards (RPS), which required utility companies to generate or buy 20% of their energy from renewable sources by the end of this year (2020).

Even though California has a large population, it comes in fifth on the list. Sunny California’s relatively low wind energy production may be the result of its success with solar energy. California is home to the Alta Wind Energy Center, the second-largest onshore wind farm in the world.

Home of the windy city, Illinois generates 3,842 MW. The first wind project in Illinois was built as late as 2003, but Illinois has developed its wind energy utilities over the last ten years, becoming a national leader.

Minnesota’s current capacity for wind energy is 3,779 MW. Minnesota’s governor has made a pledge to follow California and Illinois’s footsteps by setting carbon-neutral targets for 5050.

Colorado has a wind energy capacity of 3,706 MW, and the state is home to several large wind projects, including the Rush Creek Wind Project.

In ninth place is Oregon, its estimated capacity being 3,213 MW. The third-largest wind farm in the US is located in Oregon.

North Dakota comes in tenth place, and this state gets around 26% of its energy from wind. North Dakota has 1,665 turbines, which produce a total of 3,155 MW of energy.

Now that we’ve learned how much wind power is used by each country and state, it’s time to think about what it can do for us as individuals. Wind power is a clean, sustainable, and accessible source of energy, and the sooner we transition away from relying on fossil fuels to wind power, the better.

At Inspire, we are a renewable energy company that wants to help you discover an energy source that works for you. If you are aware of the damaging effects of fossil fuels on the environment, we’re sure you’ll want to do your bit to help. To learn more about how you can make the switch and receive energy from clean wind power, click here.