Why Don’t We Use More Renewable Energy 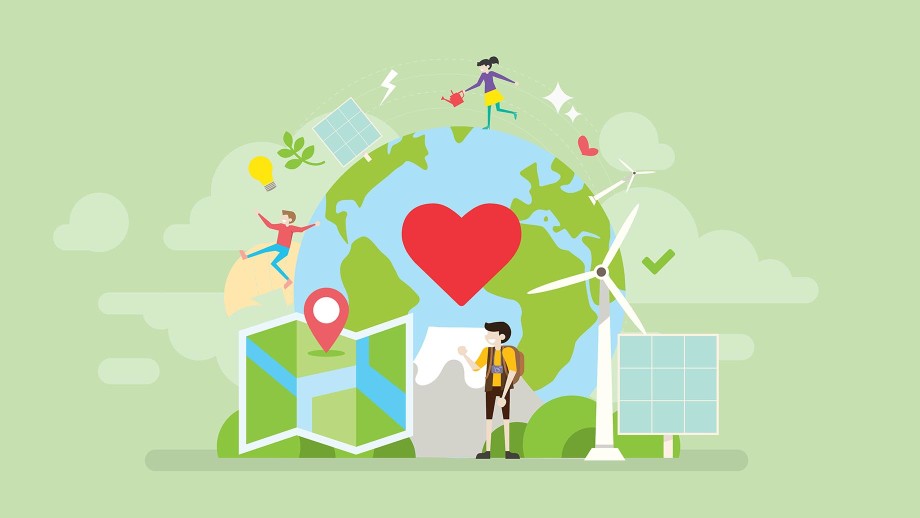 Is it possible to use renewable energy and resources more often?

When it comes to renewable energy sources, it is becoming more widely known that they are far better for the environment in many ways than their non-renewable, fossil fuel counterparts. They don’t require the same level of extraction as fossil fuels, if at all, and some are considered “clean,” which essentially means they have little to no impact on the planet when being converted into electricity.

Why don’t we use more renewable sources of energy?

As far as individual countries are concerned, making the switch from one energy source to another will undoubtedly take some time as new power plants and infrastructure are introduced.

Switching to renewable energy doesn’t simply mean that a group of individuals chooses a new way to power their homes, it means entire companies need to re-evaluate how they make money and where they source their energy. It would require millions of homes, schools, businesses, public buildings, and transport centers to adjust how they are run — and this doesn’t happen overnight.

Currently, renewable energy sources only account for around 8% of the US’s energy consumption, and about 14% of the world’s energy needs. This is primarily because the technology has taken time to develop in order to produce large amounts of clean energy, and most of our engines and systems were developed to run off of fossil fuels.

Why don’t we make better use of solar energy?

Solar power may be healthier for the planet, but that doesn’t mean it is entirely reliable. While that can sound crazy – the sun shines in some form every day, right? – it’s because the solar panels we have can only generate electricity when it’s a clear sunny day.

In order for a home or business to rely entirely on solar power, the owners would need to live in a sunny area and use batteries to store excess energy for cloudy and rainy days. While technology is advancing quickly and some scientists are having success with panels that can generate energy even on overcast days, this obviously is not sustainable enough yet to fuel a nation.

Installing solar panels on our homes – and anywhere else – is also a costly exercise, and so while we will likely see more new buildings go up with solar panels on their roofs, it will be a while before there are enough to contribute significantly to the power grid.

What we can do in the meantime, though, is take a closer look at our individual efforts. Companies such as Inspire are committed to creating a world powered by renewable energy and making the switch as easy as possible. Learn more about Inspire and how we’re a renewable energy company dedicated to providing clean energy in homes.

Where do most forms of renewable energy come from?

Other less-green renewable sources are also used, such as biomass fuel. This is made by farming by-products and natural materials that we throw away. While burning these still creates harmful gases, sourcing them is easy and there will always be more of it.

What are the advantages of using renewable energy more often?

While difficult to generate in our homes on our own, especially if living in an urban area, renewable energy has a huge number advantages for all of us:
Protects the environment: Using energy from sources like wind, solar, and geothermal helps to reduce the amount of CO₂ released into the atmosphere, which contributes to global warming.

- Protects our health: Not only is it better for the environment, but it is also beneficial to our health. With fewer gases being released, we are at lower risk of developing pollution-based respiratory problems such as asthma.
- Reduces water waste: Renewable energy sources prevent a huge amount of water waste every year and are far less threatening to areas of the world that are prone to flooding and droughts.
- Creates jobs: Energy sources like solar power and wind energy are significant job creators. Wind turbine technicians are the fastest growing job in the US and solar photovoltaic installers are currently in third place. This will only grow as we turn more to renewable energy sources to slow environmental damage and find alternatives to dwindling fossil fuels.
- Fossil fuels are running out: Experts forecast we may only have 50-150 years of fossil fuels left to use, so we need to find alternatives soon and use them to power our daily lives before there are shortages.

There are also other contributions we can make individually. Learn about the benefits of renewable energy and how you can make the switch with Inspire.

What are the disadvantages of using renewable energy more often?

- It can be costly: As with any technology that has already been established for some time, fossil fuels are much cheaper to fund. When adding up the cost of installing solar panels, for example, one must take into account the cost of purchasing each piece of equipment, transporting it to the site, and maintaining it once it has been installed. Some countries’ governments are currently offering subsidies to incentivize people to invest in renewable energy, but sadly this is not yet the case worldwide.
- It still causes pollution indirectly: The equipment and parts required to construct wind turbines or solar panels often have to be shipped across the country, or even the world. This use of long-distance transportation is certainly a culprit for more pollution, though far less when compared to the long-term impact caused by extracting fossil fuels.
- Some geographic limitations: Wind energy can only be harnessed in areas that get a lot of wind. Wind farms are most often seen on the tops of hills or offshore, but consistently high-speed winds can’t be guaranteed, even in these areas. Hydroelectric dams and wave turbines can only be built in specific areas, and current solar panels can only harness energy when placed in strong direct sunlight.
- Biomass is still harmful: Biomass requires a significant amount of vegetation waste in order to be viable, rendering it nearly impossible to generate energy from in dry countries with large desert areas. Burning our trash to generate energy obviously helps reduce landfill waste, but still releases harmful gases.
- It’s not easy to store renewable energy: Fossil fuels are harmful to the environment and will eventually run out, but they can cater to the demand for a consistent energy supply. Fossil fuels can also be stored to generate electricity at a later date, whereas renewable energy sources require large batteries to save any additional electricity they produce.

- Requires space: Renewable energy requires the use of significant amounts of land. Wind turbines must be spaced out evenly across farms, which means they cannot be tucked into small spaces. The same goes for solar plants; they take up far more space than traditional power plants and are not as efficient.
- People don’t know much about renewable sources: There is a lack of education surrounding sustainable energy. As with all new technological advancements, renewable energy is not as commonly used as fossil fuels simply because people don’t know about it. People are much less likely to use green energy sources in their own homes if they don’t even know they exist, or that they can choose to harness them. This lack of education is becoming less of a problem as we learn more about ways to protect the environment. Still, most people aren’t aware of the difference that could be made if everyone switched to utility companies that supplied clean energy.

Why don’t we use more renewable energy? It all comes down to cost and infrastructure

Ultimately, the biggest hindrance to the development of renewable energy is its cost and logistical barriers. Once the infrastructure for renewable energy sources grows, we will see it take off in popularity and use.

While there are far more sustainable energy options than there are environmentally damaging options, the fact remains that fossil fuels are cheaper, more reliable, and have been around for longer. Many environmental scientists hope that green energy will become more commonly used and thus more accessible in the future. This will require a huge boost in awareness around renewable energy sources and a global willingness to invest.

An ideal scenario is one in which renewable energy sources are as affordable and reliable as their less environmentally friendly counterparts. Until such a change is made, the most environmentally responsible choice we can make is to make use of renewable energy through energy companies. As more people opt for such companies, the demand for wind power, geothermal energy, and solar power will be driven up, and the amount of clean energy on the grid will increase.

How you can make the switch to renewable energy

The good news is you don’t have to wait for renewable energy to come to you. Inspire is passionate about providing our customers with access to clean energy that is good for the environment, our health, and our future.

If you’re ready to take control of your energy and gain access to 100% clean energy, you can sign up for our unlimited clean energy membership. For a fixed affordable monthly price, you can use unlimited clean energy and know that every time you flip a light switch, you’re driving us all toward a better future.
We believe that clean energy should be reliable and good for the planet, so help us to drive up the demand for healthy and sustainable energy sources by making the switch today. Click here to find out more for how to switch to renewable energy.