Is Wind Power Renewable or Non-Renewable? 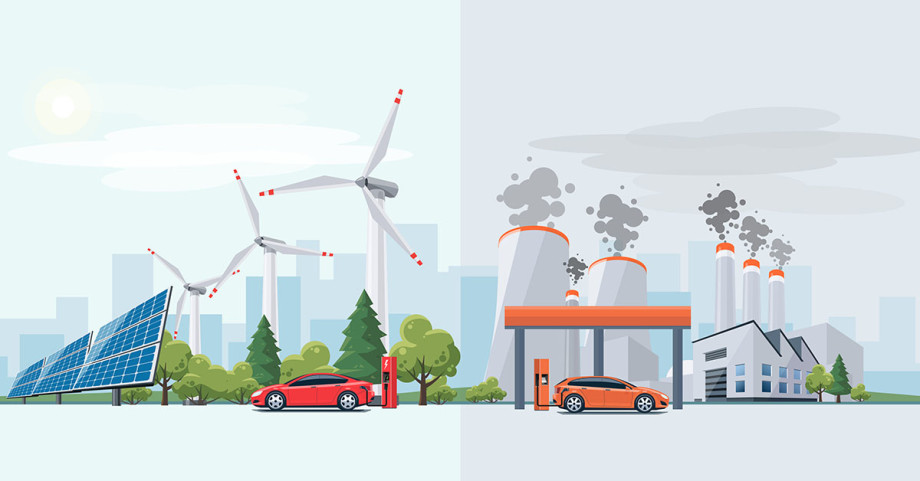 So, is wind power really renewable? Find out how wind farms are making clean and renewable energy more accessible for everyone.

There are numerous ways of harnessing energy: wind, solar, coal, gas, biomass, geothermal, tidal are among the most commonly used sources. Some are better for the environment than others. Some energy comes from renewable sources that occur naturally or occur regularly, while others rely on a finite amount of oil and other fuels that take much longer to replenish.

One of the more efficient ways of achieving cleaner, renewable energy is through the cultivation of wind farms. A wind farm is a group of wind turbines in the same location used to produce electricity. It saves money, causes minimal damage to the environment and its surrounding wildlife and is cultivated from an infinite source of energy.

Can You Use Wind Power To Power Your Home?

Many experts believe that in decades to come, wind will come to the forefront of renewable energy sources, and may become one of the most commonly used sources, both commercially and for individual properties and residences.

Experts believe that wind power will soon be at the forefront of the clean energy revolution, and in many states you can easily switch to renewable energy to start powering your home with 100% clean and renewable energy from sources like wind power.

And did you know that in most deregulated states, a renewable energy company like Inspire can help you lower reliance on fossil fuels and provide more clean energy to the grid? It has never been easier to switch to renewable energy sources in your everyday life.

Wind power has some of the lowest environmental impacts of any source of electricity generation and is becoming increasingly common, although hydropower is currently the largest renewable energy source for electricity in the United States. While it’s far more environmentally friendly than fossil fuels, it contributes to low-level water pollution levels. Because of this, it may not be as sustainable an energy source as wind power.

What is considered a renewable resource?

What makes wind a renewable resource?

The fact that there is a limitless supply of wind makes it renewable. The same goes for solar energy – the sun will always shine, and there will always be wind; the amount just depends on the day.

Wind energy produced through wind farms does not pollute the earth with nitric oxide, nitrogen dioxide or sulfur dioxide, smog, or acid rain, which many other forms of traditional fuels do. The U.S. Department of Energy (DOE) predicts that wind energy may prevent 12.3 gigatons of greenhouse gases by 2050.

What type of energy is wind?

Wind is considered a green energy source. It is sustainable, renewable and does not release carbon emissions as a by-product.

How does wind power work?

Wind power works (in most cases) when the wind causes two or three aerodynamic, propeller-like blades on a wind turbine to rotate around a rotor (thus capturing the winds kinetic energy). This action spins a shaft, and an additional motor helps increase the speed. This turning helps a generator create an electric current to make electricity.

Wind turbines typically rise 100 feet or more into the air to take advantage of the faster wind speeds from higher altitudes. Because these turbines are tall, the space they take up is mostly high above us, which means that the ground area they use is notably small. The area around wind turbines can be left alone or used for farming.

Is wind a sustainable energy source?

Wind farms also indirectly save the country money by reducing the costs spent on importing fossil fuels. Those saved dollars can be used to support domestic infrastructure, helping make us more self-sufficient.

It’s important to note this difference as there are numerous renewable (aka “green”) energy sources that aren’t actually good for the environment. For example, we can burn garbage (known as waste-to-energy or bioenergy) to produce electricity. Of course, we have been producing non-recyclable waste for years, and until this changes, waste-to-energy will continue to be a renewable source. Yes, it is a solution, but the smoke produced contributes to climate change and harms the atmosphere.

If you want to ensure your energy comes from a clean energy source and not just a “green” one, we’re here to help. Find out more about how Inspire can help you make the best decisions for the world and your wallet here.

How much of electricity production is produced by wind energy?

Why is wind energy important?

Wind energy is an extremely important and beneficial source of energy for several reasons:

How is wind energy useful to us?

Wind energy is useful to us for the same reasons it’s so important to us. It saves money, it saves water, but most importantly, it causes far less damage to the environment than its non-renewable counterparts. Wind turbines leave wildlife in their surrounding areas almost entirely untouched and undamaged. Because wind energy does not require any water to cultivate, it is drought-proof, which is especially pertinent in areas of the country (and the world) that are prone to droughts. Also, the wind comes from a source that will literally always be available to us, so our sources will never deplete.

Here at Inspire Clean Energy, We are a renewable energy company all about finding the best renewable energy sources and empowering households to choose to purchase from renewable sources. Since we launched in 2014, we’ve been providing clean and sustainable energy to homes on the east coast, and we plan to expand all across the United States.

With us, you can choose to power your home with clean energy with a simple subscription that keeps you in control – that means no nasty surprises or undecipherable quarterly bills.

We are passionate about providing energy that not only saves money for each household but also looks at the big picture, contributing to the halting of the damage done to the environment. If you’d like to find out more about what we do, and if it is right for you, click here.