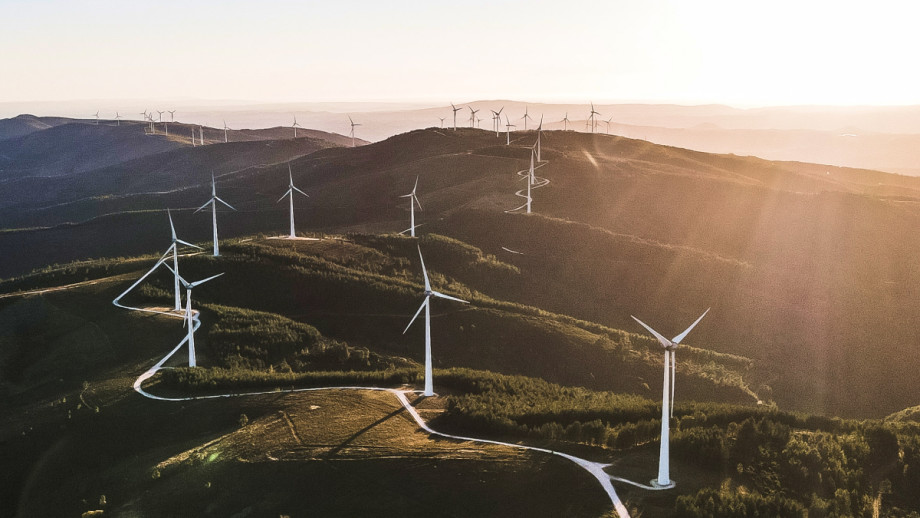 The most positive environmental developments of 2021 and our progress in the fight to save the planet.

We've heard quite a lot about climate change this past year, and truthfully, most of it has been pretty bleak. Temperatures are rising to unbearable degrees causing forests to burn and ice caps to melt, reports painted dire pictures of how much still needs to be done, and youth activists chastise older generations for filling our air with greenhouse gases and our oceans with plastic.

It can be challenging to be optimistic about our planet, but optimism is essential now more than ever. Yes, we have to be alarmed but also inspired to do something – anything.

Luckily, technologies that are necessary to make the Paris Climate Agreement possible are already available. The signals of hope are multiplying. Public opinion is waking up everywhere. And in a decade from now, 2021 may be labeled as a turning point: the year (following a pandemic) when the world began to take action towards the climate crisis.

As the year comes to an end, it's worth noting how far we've come and the progress we have made in the fight to save the planet. Here are some of the most positive environmental developments of 2021:

Nearly 200 nations have signed the agreement to limit their greenhouse gas emissions to keep global warming below 1.5 degrees Celsius.

Former President Trump announced back in 2017 that the U.S. would withdraw from the Paris Climate Agreement2, but the actual exit wasn't made official until November 2020. As a result, the U.S. was only officially out of the agreement for 107 days.

Rejoining the Paris Climate Agreement was a top priority for President Biden when he took office earlier this year. His administration continues to make climate change a key component of its foreign policy, weaving it into its most important conversations.

President Biden announced plans to build seven major offshore wind farms stretching along East and West coastlines and in the Gulf of Mexico to generate more wind-powered electricity than ever before.

These projects are part of Biden's plan to address climate change and deploy 30 gigawatts of offshore wind energy by 2030, which could avoid about 78 million metric tons of greenhouse gas emissions while creating up to 77,000 jobs3. In addition to that, these seven offshore wind farms can generate enough electricity to power more than 10 million homes.

Additionally, the U.S. Department of Energy said it is spending $11.5 million to study risks that offshore wind development may pose to birds, bats, marine mammals, and commercial fish.

"For Americans living in coastal areas to see the benefits of offshore wind, we must ensure that it's done with care for the surrounding ecosystem by coexisting with fisheries and marine life – and that's what this investment will do," Energy Secretary Jennifer Granholm said in a news release.

Adding coastal wind farms might become a symbolic step toward weaning the U.S. off fossil fuels, which we consider a massive 'win.'

3. The 2021 IPCC report established a sense of urgency for addressing climate change

We hate to say it but, we're glad the 2021 IPCC report4 caused the ruckus it did — we need ruckus. However, we're not shocked by it, as there's nothing in the report released in August that we didn't already know.

The planet is projected to hit 1.5 degrees Celsius of warming by 2030, an entire decade earlier than we previously thought.

In addition to that, Earth's natural protections are reaching their limit. Since 1960, forests, soil and oceans have absorbed 56 percent of all the CO2 released by humanity and are losing their ability to soak up our carbon emissions as we continue to destroy them.

These predictions have been modeled for many, many decades. What is different is that science is more precise and the future is coming at us more quickly than we had hoped.⁠

The good news? Immediate, rapid and large-scale cuts to greenhouse gas emissions could still help to stabilize global temperatures around the 1.5 degrees Celsius threshold. This means we can still avoid the worst of climate change if we act right now.

4. Net-zero goals are becoming the norm

'Net-zero' is the latest buzzword in the realm of climate action, and scientists say it's key to keeping us safe from disaster. This year, a wave of significant climate announcements from businesses swept the globe, creating a domino effect across major countries and corporations.

In 2021, it felt like just about everyone was increasingly coming to terms with the scale of the climate challenge. With more than half the world's economy committing to 'net-zero' carbon emissions, old, collective patterns of unrestricted carbon emissions to sustain economic growth are becoming morally unacceptable.

Climate neutrality by a specific point in the near future (think: 2030, 2040, 2050) is rapidly becoming the new "standard of appropriateness."

In fact, this year the Science Based Targets initiative (SBTi) launched the world-first Net-Zero Corporate Standard5 — and seven companies have already had their net-zero targets certified in compliance with the new guidelines.

And according to the World Resources Institute (WRI)6, 19 countries and the entire European Union have adopted a net-zero target, with deadlines ranging from 2030 to 2050. On the list is Bhutan which has already achieved its 2030 goal by adopting renewable energy and restoring forests7.

5. Over 40 countries pledge to say bye to coal

The end of coal may be within reach. During COP26, over 40 countries agreed to phase out of and stop building or investing in coal. Since drilling and emitting coal is the single most significant source of planet-warming, moving away from coal is critical to curbing emissions that contribute to global warming.

These countries have promised to stop building new coal plants and to shift away from using the fuel eventually. Among them are five of the world's most power-generating countries including, Poland, Indonesia, South Korea, Vietnam and Ukraine.

According to the International Energy Agency (IEA)8, meeting the goal of 1.5 degrees Celsius would require wealthy countries to replace virtually all coal, oil and gas power plants with renewable energy by 2035.

Could we leave behind fossil fuels and live in a new and sustainable world powered by renewable energy sooner than we think? Only time will tell.

Now is the time to do everything you can to help the fight against climate change. Bring this knowledge into your home, workplace, social life, conversations, plans, water cooler chats, politics, etc., and start demanding change.

If you're looking for a quick and easy way to get started with making an impact, sign up for a 100% clean energy supply plan for your home. Not sure if renewable energy is right for you? Read some of our Inspire Clean Energy reviews to see how we've helped customers make the switch.