12 of the Best Documentaries and Films About Climate Change 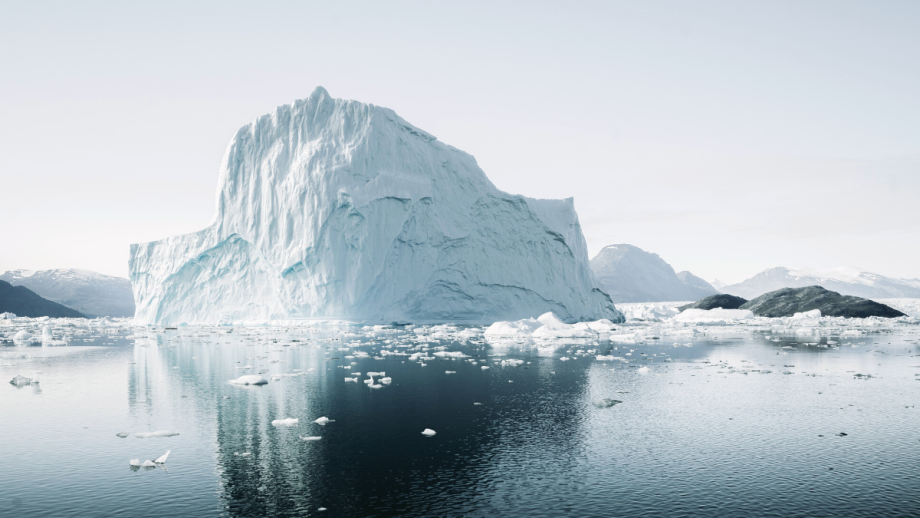 Learn the trials and triumphs of fighting for a better planet, cinematically captured by some of the best directors in the field.

Film is a powerful catalyst for change. Climate change documentaries, in particular, are potent, as they share the harrowing realities of our global predicament.

The documentaries we've grouped to create this list are guaranteed to widen your overall understanding of climate change and sustainable living. They are reminders of the peril the planet is in and how scientists, activists, and everyday citizens can fight together for Earth's future. Hopefully, after watching, you'll walk away having learned something new and ready to become a changemaker in your community.

An Inconvenient Truth is a classic documentary for those beginning to educate themselves on the climate emergency we face. The documentary is a filmed version of former Vice President Al Gore's slide show presentation on the dangers and impact of global warming. Gore has been giving versions of this presentation since 1989, spotlighting extreme and erratic weather across the globe.

What would the world look like in the future if we embraced solutions to climate change that already exist? This is the question posed by Australian filmmaker Damon Gameau in the documentary 2040. Gameau finds a way to ease audience climate anxiety while simultaneously interlacing important information about environmental technology, sustainable alternatives, and regenerative systems that already exist around the globe.

Fast fashion currently produces 10% of the world's carbon emissions. By 2030, it's set to produce over 25%. Landfills worldwide are filled with textiles that have been thrown away or, worse, returned to brands that toss them as a means of keeping their demand high and supply low. The True Cost highlights the fashion industry's horrific exploitation of both the planet and its people.

It's easy to focus on how climate change affects the land, but the world's oceans are also dramatically impacted. In Chasing Coral, teams of divers and photographers set out to capture how a dramatic temperature rise has led to the disappearance of coral reefs. The documentary serves as a visual archive of coral before and after it bleaches when coral gets too hot and turns white.

Leonardo DiCaprio (yes, the award-winning actor) seeks out information in interviews with many experts, including scientists, climatologists, and astronauts. The documentary received criticism for being led by DiCaprio, but the actor admits that he doesn't know much. In his words, "The truth is, the more I've learned about this issue and everything that contributes to the problem, the more I realize how much I don't know." It's his humility, eagerness to learn, and frustration that are utterly relatable.

Climate change is often perceived as a solely environmental problem. Climate Refugees shifts the narrative, focusing on the human element of the global climate crisis. Director and producer Michael P. Nash took 18 months to investigate island nations and displaced communities who have lost their land and food supplies due to rising ocean levels. Complete with expert interviews, Climate Refugees is the ultimate wake-up documentary.

8. The Condor and the Eagle

While Indigenous peoples have been living sustainably for millennia, they remain the most affected community of the fossil fuel industry. The Condor and the Eagle keys in on the disturbing disproportion with which Indigenous communities are affected. It shows how profound these same communities that oil companies make the most vulnerable are leading the fight for our planet.

While maybe not the first documentary that comes to mind, Merchants of Doubt is a crucial watch about the media's manipulation of science where companies pay people to cast doubt on scientific evidence so that they can continue to make a substantial profit. Inspired by a book of the same name, this documentary brings to light a critical public relations strategy once used by the tobacco industry. It has since been weaponized by climate change deniers and the fossil fuel industry. These tactics have stalled government action and have helped create a world in which the truth is subjective.

Animal species are facing extinction at unprecedented rates. The United Nations attributes this accelerated extinction rate to paramount environmental changes and gross misuse of natural resources. Racing Extinction touches on these topics and how they intricately weave together to depict a stark picture of the planet's animal life.

The saying goes, "If you're not angry, you're not paying attention." Well, young climate activist Greta Thunberg is furious. I Am Greta chronicles Thunberg's life, from her school strike to her many speeches in front of world leaders. It's a film that encourages and empowers in equal measure. This is a particularly great watch for young people interested in activism.

Environmental photographer, James Balog, was once a climate change skeptic. That was before a fateful visit to Iceland, where Balog saw glaciers melting in front of his very own eyes. Balog and his team decided right then to figure out a way to capture this tragic era in the history of civilization on film. Equipped with 25 cameras strategically placed across the Arctic, Chasing Ice documents undeniable evidence of a climate crisis. The documentary's heartbreaking visuals of glaciers sliding into the ocean and homes being swept away by rushing water will stick with you forever. It is a documentary to watch if you are at all skeptical about the implications of climate change on Earth's natural landscapes.

To further your learning, check out our other blog posts about renewable energy, sustainable living and climate change. And once you're ready to take steps towards sustainable living, consider signing up for Inspire's 100% clean energy supply plans.

To get started, visit our homepage and enter your address and/or ZIP Code. If Inspire’s clean energy supply plans are available in your area, you can proceed with linking your utility and discover the beginning of consistent and predictable monthly energy bills.