What Is The Amazon Echo? 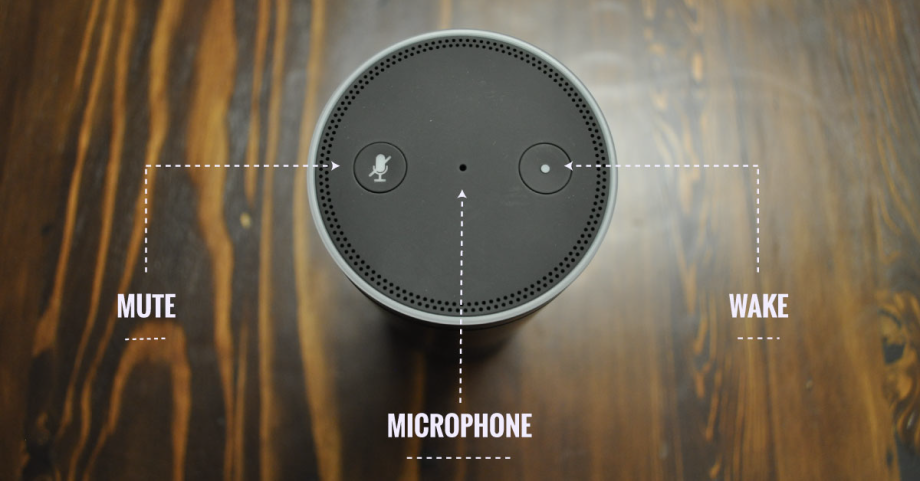 3 ways to integrate Alexa into your daily routine There’s officially a new woman in our lives. She's smart, resourceful, and roughly the same size as two Campbell's soup cans stacked on top of one another. Her name's Alexa, and unless you’ve been hiding under a technology-averse rock for the past several months, you've probably heard of her.

The Amazon Echo packs a technological maze of wires, motherboards, speakers, and LED's into a 9x3 cylindrical frame. Its impressively accurate voice recognition technology is the perfect key to tie your smart home together.

Here at Inspire, we've road tested the Amazon Echo since early April 2016. Here are three important set-ups you'll want to nail on your first day of ownership so that you can get the most out of Alexa right from the get go.

1. Let the Echo be Your Alarm Clock

The first order of business is to give Alexa the task of waking you up every morning.

Admittedly, this is kind of a no-brainer. However, what makes this feature of Echo special is the smooth user experience that Amazon has developed for its alarm function.

For setting one-time alarms - which are super handy when you need to wake up early for a fishing trip, a surf trip, or a “1st in line at the donut shop” trip - just use the command “Alexa, set an alarm for (time and AM/PM)”. If you don’t specify AM or PM, she’ll follow up – in her signature sing-song voice – asking: "Sorry, is that AM or PM?"

A recurring alarm clock can be programmed via the Echo app on your smartphone, and the mellow alarm sound that emits from Echo when it goes off is unique enough to wake you while sleeping without being so shrill as to motivate you to throw it across the room. Also – for the “Snooze enthusiasts” currently reading – if you wanna squeeze a few more minutes of sleep out of the morning, just use the command “Alexa, snooze” as soon as the alarm goes off.

Pro Tip: This last command is easier said than done. We never realized how hard it is to formulate a coherent sentence first thing in the morning until we had to start commanding a robot to press the snooze button every day.

The second handy function that now exists within the Echo universe that you’re going to want to take advantage of is having Alexa take command of your Google calendar.

This one requires a little bit of slick IFTTT integration (to learn how to get started with IFTTT visit our IFTTT recipes page) but once you get it calibrated, the process of plugging in dates and reminders in your calendar becomes a breeze.

The set-up requires an IFTTT account, a Google calendar account with a defined calendar that you’re going to grant IFTTT access to, and - of course - an Amazon account and an Echo device. Once you run through the calibration steps, and the recipe is firing, you can use commands like “Alexa, add to my calendar Lunch with my Dad on (day and time)” and Alexa will plug that event into your Google calendar so it doesn’t fall by the wayside. Your Dad will be happy too. Look at that, technology bringing families together. Thank you, Amazon!

Pro Tip: Since this process is stringing together three very unique and distinct apps (Google Cal, IFTTT, and Echo) it may take some trial and error to get it running properly. Whatever you do, don’t get discouraged, it’s worth it in the end.

3. Train Alexa to be the Best News Anchor

The third feature that’s enormously helpful is the ability to customize your Alexa news flash by incorporating different news sources.

In the Amazon echo world this is called a “Flash briefing” and it’s great way to start the day with some news intake. When you speak the command “Alexa, what’s my flash briefing?” Alexa will go into news mode and play you the news “flash briefings” from 20+ news providers covering everything from sports to current events to celebrity gossip.

What’s probably most compelling about this feature is the ability to turn news sources “on” or “off” via the Alexa app. So, if you skew more “Wall Street Journal” than you do “TMZ”, you can control the topic of content by turning the former “on” and the latter “off” and Alexa will only report from your active sources. The length of the flash depends entirely on which news service you have turned on, but most of the services stick with the “today’s headlines + brief story summary” format. Pro Tip: We recommend starting small with one news source at first (WSJ is great for finance news but also very “matter of fact”, while NPR - with their focus on human interest stories - is a bit more dynamic) and then add more sources one at a time until if you feel you’re getting the whole day’s picture. There’s only so much news to go around on a given day, and some of the sources may tend to overlap a bit. Play around and figure out what your favorites are. If you want to skip a briefing, just simply say “next” and Alexa will flash forward to the next source.

Once you have these three settings dialed-in to your liking, then the experience of being an Alexa owner becomes an ingrained part of your daily routine. And after 60 days of using the Echo morning and night, you’ll wonder how you ever got through a single day before this cylindrical robot with a soothing female voice came into your life.