What Are the Main Causes of Water Pollution in the US? 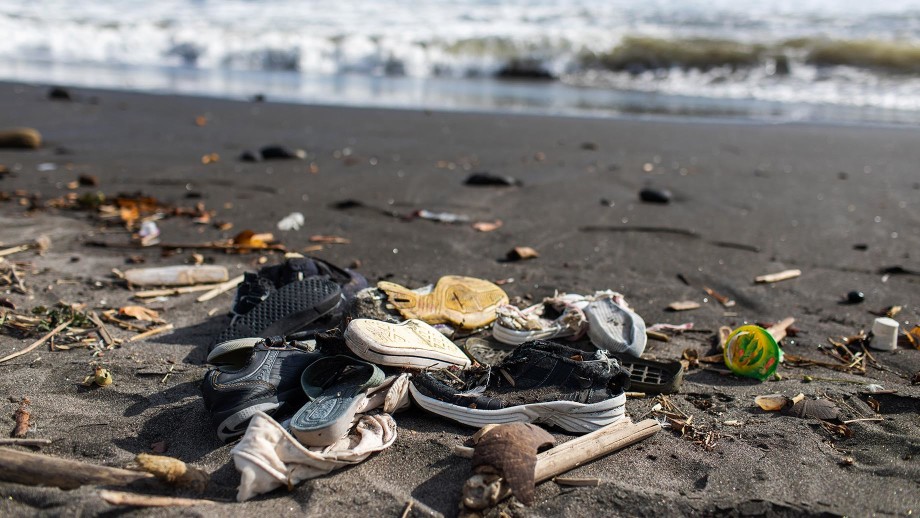 Causes of Water Pollution in America

What is water pollution?

When harmful substances such as chemicals or microorganisms contaminate a body of water water pollution occurs. As a result, the water quality is degraded and it becomes toxic to humans and or the environment. Water is easily polluted as it's able to dissolve more substances than any other liquid on earth1. Some of the most common types of water contamination are agricultural, sewage and wastewater, oil pollution, and radioactive substances. Water pollution can have serious effects on human health and the environment. While some may place the blame for water pollution on oil companies or other companies, we should all be held accountable. There are ways that we can prevent water pollution such as reducing plastic consumption or properly disposing of non-biodegradable items.

How do humans affect water pollution?

What are 10 causes of water pollution?

Water pollution is caused by a number of sources. Even though we know how water pollution happens, it’s still happening. While we may never be able to eliminate water pollution from occurring, we should do everything we can to prevent it. In your daily life there are ways you can reduce water pollution. In addition, you should spread the word. So what are 10 causes of water pollution? Let’s take a look. . .

#1. Runoff from agricultural operations
Industrial agriculture operations are known for causing water shortages and water pollution. Crop production and livestock often produce mass amounts of water and waste that contribute to both issues. Nitrates are a common ingredient in fertilizer that can cause serious harm to babies if present in drinking water. Animal waste comes along with livestock and often gets washed away during rainstorms causing pollution. These are just a few ways that agriculture contributes to water pollution.

#2. Industrial waste
Sadly, industrial waste is very common. While we try to regulate it, many sites produce waste in the form of pollutants and toxic chemicals. Industrial waste that is not treated properly may pollute freshwater systems that it connects with. In some cases, waste may not even be treated at all.

#3. Runoff and nonpoint source pollution
Rain or melted snow can transport chemicals or pollutants and contaminate waters. Chemicals used to kill weeds or salt from the road can easily end up in water from runoff.

#5. Marine dumping
Garbage is dumped right into our ocean every day. While this might seem sad and crazy, it’s the truth. During the 200 years or so it may take for these items to decompose they are polluting waters and killing off ecosystems.

#6. Oil spills and leaks
Accidental oil spills occur more often than they should, making this a major cause of water pollution. Oil drilling operations or ships that transport oil are often the source of major oil spills. Oil simply does not dissolve in water, thus making these two substances that do not mix well.

#9. Hazardous waste sites
According to USGS, there are 20,000+ uncontrolled hazardous waste sites in the nation. With age, barrels and containers can leak causing water pollution. Contaminants can pollute groundwater by seeping through cracks in floors or other barriers.

What is the main cause of water pollution?

Where is water pollution the worst in the US?

Texas has one of the worst public water ratings in the United States. Texas has small rural communities where resources are scarce. Within these small communities you can find some of the most polluted water systems4.

What is water pollution and its effects?

When a body of water becomes contaminated, water pollution occurs. Water is a critical resource for our survival. From hydrating our bodies to growing crops, we need water. When water is polluted it affects the health of humans, ecosystems, and our food chain.

What are the four major water pollutants?

Pathogens
Examples of pathogens are bacteria or viruses. You are probably familiar with E. Coli which is a type of pathogen that can contaminate water.

Organic material
Organic materials have carbon in their makeup. MTBE is a frequently detected organic chemical that can take years to remove from contaminated water systems.

What are the long term effects of water pollution?

The long term effects of water pollution are devastating. Water pollution can cause diseases and kill people. In addition, it can disrupt food chains and kill ecosystems. If we do not find ways to eliminate water pollution we are jeopardizing a very valuable natural resource.

What percent of US water is polluted?

Nearly 80% of the world’s wastewater is dumped, untreated, into the environment, causing water pollution in bodies of water5.

What percent of water pollution in the US is caused by humans?

Whether it’s intentional or not, all Americans contribute to water pollution every day. Simply washing dishes or brushing teeth can cause water pollution as the water washes down the drain and goes to its next stop. On average per day and per household, Americans use about 300 gallons of water.

When did pollution become a concern?

Around the 19th century, water pollution was a known problem in urban areas. As populations grow and industrialization spreads, pollution becomes a bigger and bigger universal problem.

What is the main reason that water pollution has decreased in the United States since the 1950s?

How can we help prevent water pollution in the US?

Water pollution is a major problem in the United States. As a contributing member of society, we must do everything we can to take care of our planet. If you are looking for ways ro reduce your carbon footprint, you should check out Inspire. Inspire provides homeowners with clean energy for one flat price. Homeowners can access clean energy without interruption or installation with Inspire. To get started, simply link your utility, connect to renewable energy, and measure your impact. Homeowners that use Inspire can take advantage of smart tools to manage electricity usage. Discover the beginning of consistent and predictable monthly energy bills at Inspire.