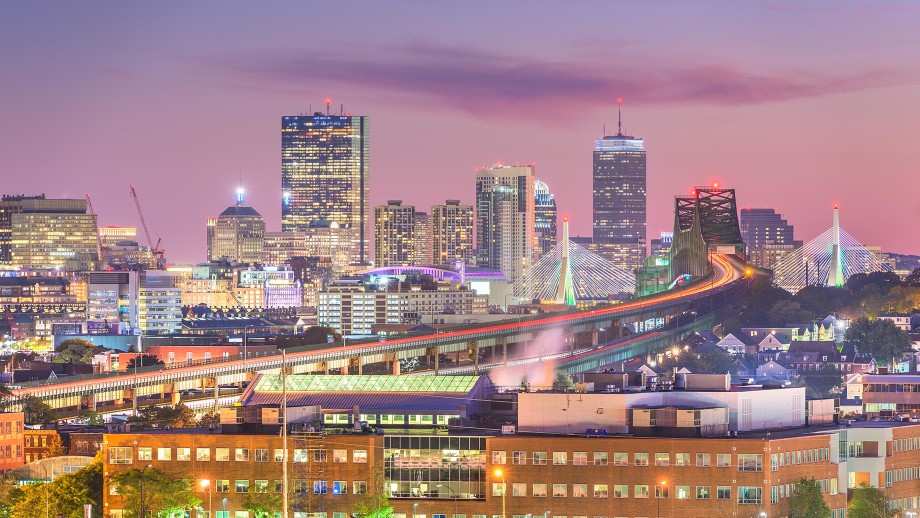 The energy market in Massachusetts has been deregulated since 1998, providing residents with the freedom to choose which company provides them with their electricity supply. Previously, you had to use energy from one of the three Massachusetts utility companies in your home. The utility companies still maintain the grid, and it’s their cables that supply the electricity, but they are not who you pay for the power you use.

Residents can pick from nearly 60 energy companies in Massachusetts to provide them with their energy. This makes for a more competitive marketplace and means that you can support green energy if you care about the environment.

What is renewable energy?

Renewable energy is any energy that is generated from a source that can not be “used up” in the process of energy generation. For example, when you burn coal to create electricity, that piece of coal is gone forever. You can get more from the ground, but coal takes hundreds of thousands of years to create, so we can’t create more of it any time soon.

When we use the wind to turn a turbine to generate energy, though, there will always be more wind to power the turbine. Even biomass energy, which burns crops to generate energy, can be regenerated. While one particular plant will be gone forever, we can quickly and easily grow more.

The five main types of renewable energy are:

1. Wind
The wind has been used to provide energy for thousands of years, but massive wind turbines capable of producing grid-levels of supply are a recent phenomenon. The US Energy Information Administration (EIA) says that 25% of the renewable energy produced in the country is provided by wind power, both from individual wind turbines and onshore and offshore wind farms1. The World Wind Energy Association (WWEA) put the current global capacity at over 650 gigawatts, and nearly 60 GW of that came online in 20192.

2. Water
Hydroelectric power projects have been contributing to global energy needs for nearly a century and a half. Although there are ecological and social concerns about some large projects, power from water-driven turbines will continue to play a big part in renewable energy production in the near future. There is also a growing interest in harnessing the power of waves and tides to generate electricity. It is early days for this technology, but the possibilities are encouraging.

3. Solar
Modern photovoltaic panels (PVs) are very efficient, affordable, and maintenance-free, and the technology is scalable. Whether it is a small array of roof-top panels on a house or vast solar farms, the contribution of solar energy is expanding quickly. The International Energy Agency estimates that solar PV will add over 125 GW of capacity every year from 2021-20253. According to EIA figures, solar power already makes up 11% of renewable energy produced in the US.

4. Biomass and biofuels
In many areas of the world, farmers are growing crops for biomass energy production and for converting them into biofuels. As of yet, this source only contributes around 2% to the national generating capacity but it is growing fast.

5. Geothermal
The planet has a molten core, and new technology allows us to tap into that heat to produce power, both for individual and local projects and to feed the grid. The geothermal energy industry is a relatively new concept in the renewable energy space but is sure to become a major player.

How much Massachusetts energy is renewable?

Hydropower was the second-biggest contributor to the state’s power needs producing 4% of the electricity total, with biomass just a step behind. Much of the biomass energy comes from municipal solid waste.

What is the cheapest electricity supplier in Massachusetts?

As with electricity suppliers in every deregulated state, it is impossible to narrow down the cheapest to just one. It depends entirely on your needs, circumstances, and timing.

How much does a kWh cost in Massachusetts?

The EIA’s latest figures show that the average retail cost for a kilowatt-hour in Massachusetts is 18.4¢5. This compares to a price of 10.54¢ / kWh nationally. Only Alaska and Hawaii are higher than Massachusetts. This is likely because a lot of Massachusetts’s energy is generated by gas and not coal, as is the case in many other states. One way to lower the cost would be for everyone to go green. Renewable energy tends to have quite a high startup investment but few maintenance costs.

Despite the high kWh price, Massachusetts residents' average monthly electric bill is only a few dollars more than the national median. That is because the state has the eighth-lowest consumption rate per capita in the US.

With all the energy companies and all their different plans, you have many options to consider when choosing an electric supplier. The type of plan you choose will have a big impact on your monthly bill. Although terms may vary from one to three years, the main types of plans are:

Fixed-rate: This type of plan locks your electricity in at a certain price point. A fixed-rate plan will likely be your cheapest option, though that does depend on what rate you get, and if the cost of electricity falls, you’ll be stuck paying more.

Variable-rate: On this type of plan, the rate you pay for electricity will fluctuate. The downside is that when rates rise, so will your bill. That makes budgeting tricky.

Prepaid: Paying upfront for your power works for some, and if you can’t afford a deposit, it may be your only option. You certainly need to keep a watch on your account and be careful about how much electricity you use. If you go over, your supply will be interrupted.

Renewable energy: There are plenty of companies that offer you the chance to buy electricity from clean, renewable sources. Sometimes this can be a slightly more expensive choice, but green energy will likely continue to become cheaper as more people adopt it. Do your research thoroughly to see what percentage of renewable energy you’ll receive. Inspire members pay a fixed-price each month (that means no surprises when the bill comes) and get access to 100% renewable energy.

Changing energy companies is usually easy, and your new company does most of the work. You should take a little time to investigate the market before signing on the dotted line, though. Check the price you will actually pay and make sure there aren’t any hidden costs. Work out what you require from your new supplier and try to narrow down your choices. There are comparison sites to help you get started; here are a few:

If you’re looking for a renewable energy plan, why not see what fixed-price plan from Inspire can offer you? Our energy comes from 100% renewable sources, you’ll pay a flat monthly price for your energy (no surprises!), and our sign-up form takes less than 5 minutes. Explore our unlimited energy plans today.

Is it harder to sell a house with solar panels in Massachusetts?

Investing in your own solar panels can be a good call, and you will likely see a profit in your investment within seven years. But does it make your house harder to sell? A report from Zillow in 2019 says no6. In fact, it found that houses with solar panels on average sold quicker and for more money.

It used to be that leased panels were an issue, mostly because many buyers didn’t understand how they work. That is no longer the case. Leasing PVs has become more common, and generating your own electricity is seen as a benefit. Many people in Massachusetts are forward-thinking and environmentally conscious, so panels will likely be seen as a selling point.

With so many energy providers in Massachusetts, it can be hard to choose which one is right for your needs. When you choose a renewable energy plan, you have the chance to protect the world for future generations and significantly cut your carbon footprint. We offer competitive flat-price plans that give you access to 100% renewable electricity. The online application is simple and fast, and once you’ve signed up, we take care of the rest! Click here to find out more about the benefits of signing up for renewable energy with Inspire today.