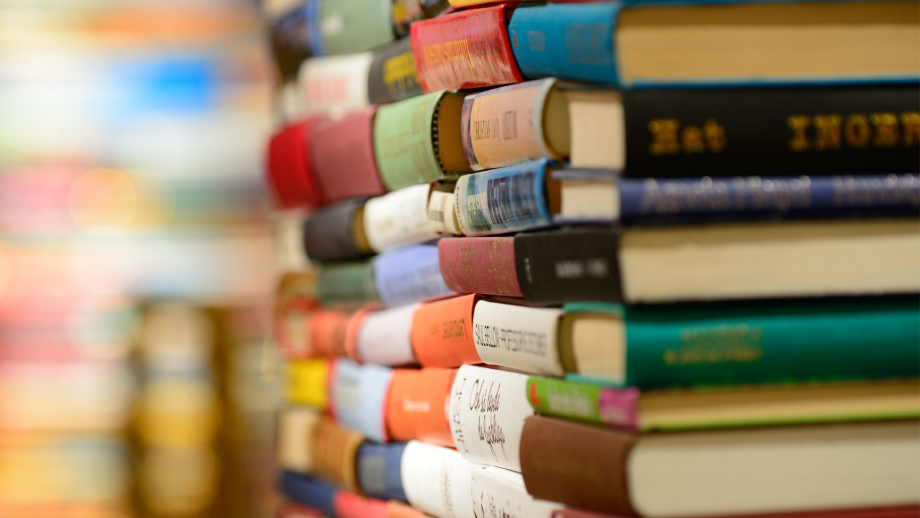 So you want to learn more about climate change but don't know where to start? As the earth's temperature continues to rise and natural disasters occur at alarming rates, the planet is quickly reaching a breaking point. It’s only normal to want to dive in deeper and, well, do something.

While we fully believe that the climate crisis ultimately can be tackled and overturned with collective action and public policy, understanding the litany of facts about the state of our planet before heading out to protest is a great place to start.

We've rounded up seven of the essential reads to get you started — some old, some new, all urgently expressing the issues facing our planet. Consider it your springboard to broadening your knowledge on the environment, regeneration, and renewable energy.

After reading these books, you'll be ready to call your representatives, attend local protests, and become a force for change in your community. Let's dive in:

Seven of the best books on climate change

She braids together the science, ethics, psychology, politics and activism that shape the climate conversation and lays out the consequences of deregulated global capitalism, arguing that corporations are profiting massively off their destruction of our planet.

Klein insists the only way forward is a complete overhaul of the system and to foreground environmental and social justice once and for all.

2. Drawdown: The Most Comprehensive Plan Ever Proposed to Reverse Global Warming
written by: Paul Hawken
“Drawdown” is exactly what is needed: a credible, conservative solution-by-solution narrative that says, yes — we can fix this issue.

Hawken spotlights cutting-edge technologies with the power to “draw down” the amount of carbon dioxide and greenhouse gases in the atmosphere. Something we can fully get behind!

Featuring essays from expert researchers, the book introduces readers to solutions both systematic (educating women in lower-income countries, for example) and small-scale (swapping incandescent for LED light bulbs in your light fixtures).

If you're looking to take immediate, solution-based action, this book has the insight for doing so.

3. The Uninhabitable Earth: Life After Warming
written by: David Wallace-Wells
"This is not a book about the science of warming; it is a book about what warming means to the way we live on this planet," Wallace-Wells writes in the prologue of his best-selling book.

Bone-chilling and alarming, “The Uninhabitable Earth” transforms scientific predictions into realities, with Wallace-Wells painting harsh portraits of what life will be like for humans and the planet at each degree of warming. Climate displacement, global plagues, food insecurity and natural disasters, "It’s worse, much worse than you think," Wallace-Wells writes.

Consider this one an impossible-to-look-away-from, wake-up call for humanity.

4. The Grid: The Fraying Wires Between Americans and Our Energy Future
written by: Gretchen Bakke, Ph.D.
America's electrical grid was once considered an engineering triumph of the twentieth century, but today is turning out to be not so eco-forward. For our fellow renewable energy enthusiasts, “The Grid” unveils the many facets of our nation's energy infrastructure. As we invest in new energy sources — solar, wind, hydro — our current grid is what stands in the way of a renewable energy future.

“The Grid” is an entertaining and wise story of what has been called "the largest machine in the world,” its fascinating history, problematic present and potential role in a brighter, cleaner future.

It’s a touching and inspiring story about a boy who grew up in a village in Malawi. Despite poverty, famine and other challenges, he sets out to bring his village electricity and running water with a small pile of old science textbooks, some scrap metal, and tractor and bicycle parts.

This one will inspire anyone who doubts individual action matters when it comes to a better way of life.

6. All We Can Save: Truth, Courage and Solutions for the Climate Crisis
edited by: Ayana Elizabeth Johnson and Katharine Wilkinson
Calling all feminists! "All We Can Save" is the most potent read on female climate leadership.

Illuminating expertise, insight and hope from dozens of female scientists, journalists, farmers, lawyers, teachers, activists, innovators and designers, “All We Can Save” communicates a solution-oriented public conversation on the climate crisis.

Curated and edited by two female climate leaders, the book intermixes essays, poetry and art to guide what has to be done for the planet and our future while pleading with us never to give up.

7. Climate Justice: Hope, Resilience, and the Fight for a Sustainable Future
written by: Mary Robinson
Meeting her first grandchild in 2003, Mary Robinson, former President of Ireland, was struck by the world he had been born into. Before his fiftieth birthday, nine billion people will be living on the planet, all battling for water, food and shelter due to the climate crisis.

Robinson then makes it her mission to fight for climate justice, leading her to places like Malawi and Mongolia, meeting ordinary people whose resilience and ingenuity have unlocked extraordinary change.

Influential and deeply ethical, “Climate Justice” is a dramatic statement on one of the most pressing humanitarian issues and a well-argued case for hope.

So you’ve finished our list of must-reads and are ready to make a difference? Swapping out fossil fuels like natural gas and coal — which emit greenhouse gases that warm the planet — for renewables like solar and wind is one of the easiest ways you can help reduce carbon emissions.

In just minutes, you can sign up for Inspire’s 100% clean energy supply plan for your home to start supporting a healthier planet.

And if you’re interested in diving even deeper into renewable energy and sustainable living, continue reading more of our blog posts by clicking here.

Why Buy from, Work for, and Do Business with B Corps?

Certified B Corps are working to make our world a better place. But how exactly are they doing it? The decisions businesses make on a daily basis have a lasting impact on the future of our planet — B Corps work hard to make sure that this impact is a positive one. Here’s how.

Read Why Buy from, Work for, and Do Business with B Corps?