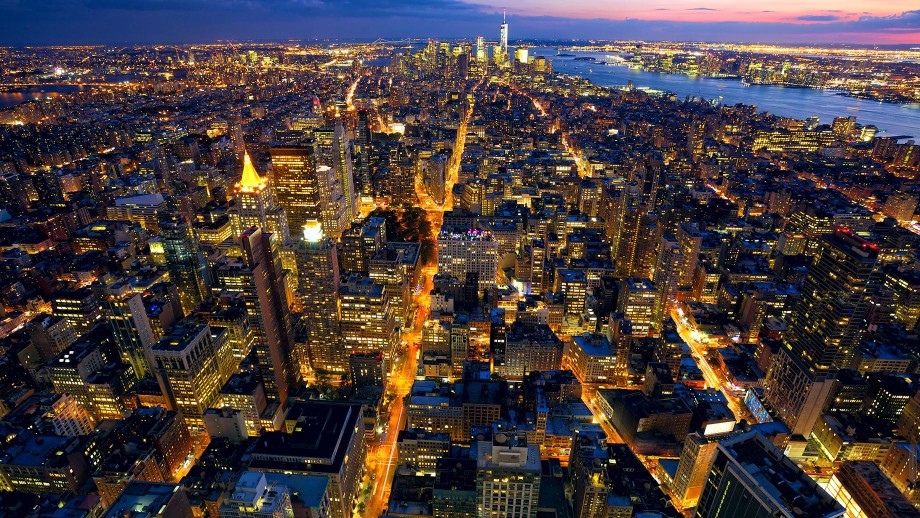 How You Can Use Renewable Energy in New York City

Since 1998, energy markets in New York have been deregulated. Previously, you could only get your electricity from Consolidated Edison. ConEd had a monopoly on the area’s electricity and you had to pay whatever they charged. Having only one energy company option is still the norm in many states, but in New York and 30 others, consumers have a choice.

ConEd remains the only utility company for New York, which means they are responsible for getting the energy to your house and maintaining the grid and power lines, but you don’t have to buy your electricity from them. Today, many electricity companies service New York City and consumers can choose which company they want to have supply them with energy, based on their cost and the type of energy they offer.

Today, we’ll guide you through energy use in NYC and what it means for you.

Where does NYC get its energy?

New York City has the largest population of any city in the US, with more than 8.3 million people living there. Despite having a forward-thinking and environmentally conscious populace, NYC is still largely powered by harmful fossil fuels.

The city’s energy mix is made up of fossil fuels and non-renewable sources: 44% of power plants are powered by natural gas, 1% by coal, and 31% by nuclear energy. The state has four nuclear power plants, but one of the largest, Indian Point, which supplied 13% of the electricity used in the state in 2019, shut down one of its two reactors in 2020 and is due to close the other in 2021.

Renewable energy options in New York are growing. The EIA states that over 20% of the electricity produced comes from hydroelectric plants, with the rest being made up almost entirely by renewables such as wind and solar.

In 2019, New York was the third-largest producer of hydroelectric power in the US, and its production of other renewable sources is rapidly rising. The amount of wind power has almost doubled over 10 years, and the state is hoping it will produce an additional 9,000 megawatts from new offshore wind installations by 2035. The Clean Energy Standard requires that 50% of the state's electricity will come from clean, renewable sources by 2030 and 100% carbon-free energy 10 years later.

How much energy does NYC use?

New York City has one of the best records for energy-efficiency in the United States, with the average New Yorker consuming less energy than the inhabitants of any other state except Rhode Island.

The US Department of Energy gives the following figures for annual energy consumption in 2014:

Whatever the precise figures, the important takeaway is that energy usage in NYC is falling, and the amount of energy produced by renewables is rising.

What are the types of electricity plans offered in New York?

There are many types of plans available for New York consumers, depending on the electricity provider chosen. Broadly, there are three types:

#1: Fixed plan
You pay the same unit price for your electricity throughout the term of your agreement, though your bill will vary depending on the amount you use. One of the benefits is that you don’t have to worry about changes in the wholesale rates.

#2: Indexed plan
The price you pay will be linked to the commodity price, either regularly changing as the price changes or being set by the price on a certain day. The consumer benefits if the price falls but may have problems if the price soars.

#3: Variable plan
Similar to the indexed plan, your rate will be affected by the current commodity price. With both indexed and variable plans (indeed, any plan), you should read the agreement very carefully before you sign so that you understand the implications.

The most common way to pay for your electricity is with a postpaid plan. Your electricity company bills you at the end of each month for the electricity you’ve used plus the utility company’s fees, which you then pay. Often a deposit is required.

For some plans, electricity providers may offer prepaid plans, where you pay for the electricity before you use it. You have to keep a close eye on how much you have left in credit, though, or you risk your lights being turned off if you run out. The good news is you will be reconnected quickly once you top-up your account. Sometimes there is a no-deposit option for prepaid plans, too.

Be aware that prepaid plans are often a little more expensive than postpaid plans.

How much does electricity cost in NYC?

The cost of electricity in NYC varies by provider, plan, plan length, and commodity price of electricity. As of November 2020, rates average around $0.201/kWh, up from 2019’s $0.197/kWh. This figure comes from the US Bureau of Labor Statistics.

What is deregulation in New York?

As in the 30 other states that have gone down the same path, deregulation in New York means the consumer has the ability to choose their energy provider. Deregulation tends to make pricing more competitive and customer service better. Additionally, you can choose your provider and plan based on the energy sources used for electricity generation.

No longer is electricity all the same. As a consumer, you can pick a company that promises to provide energy produced only by renewable sources. By doing this, you will support a growing industry, fight climate change, and drastically reduce your household’s carbon impact.

How do I lower my NYC electricity bills?

Here are some of the ways you can lower your electricity bills:

Renewable Energy Credits (RECs) incentivize energy companies to produce electricity from renewable sources. A company is credited with one REC for every 1,000 kWh it produces. The energy is added to the grid, and then the company can trade the REC on the open market. RECs allow for the tracking of who produces renewable energy and allow consumers to support green energy producers.

How do I change electricity suppliers in New York?

As long as you are up to date with payments to your current supplier, changing to another company should be easy once you’ve chosen which company to move to. Simply choose the one you like best based on cost and your values, and sign up with them.

Once you’ve signed up, they’ll tell your old provider that you’re making the switch and start the process for you. You don’t need to do anything, and the switch will be seamless. Once the switch has been completed, you can pay any final bills with your old supplier, and then you’ll receive bills from your new provider like usual.

Why choose Inspire as your New York renewable energy company?

We wholeheartedly believe in making the planet a greener, cleaner, and safer place to live. Fossil fuels cause global warming and poor air quality within urban areas. The worse the air quality, the more likely the people who live there are to suffer from respiratory diseases. For New York, this means that the people living in the most densely populated areas are likely to suffer.

When you choose Inspire, you’re making a stand and supporting companies that are doing all they can to make the world a better place. We purchase our energy from 100% renewable energy sources, such as wind and solar power. To find out more or to join us today, click here.

Changing to renewable energy in New York City couldn’t be easier and can make a real difference for the health of the state, the nation, and the world. The climate change threat is a real one, and supporting renewables makes a statement about how you would like the world to source its energy. The time to act is now, and it takes only a few minutes.